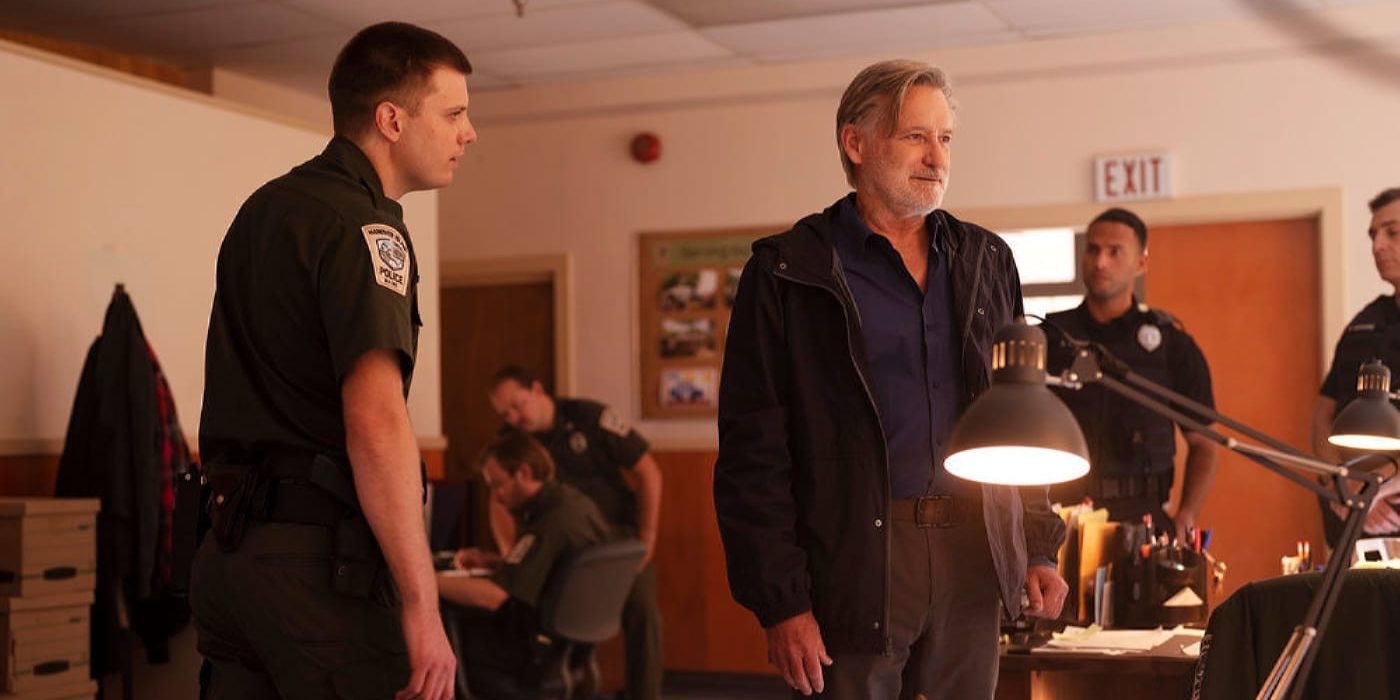 ‘The Sinner‘ season 4 is rapidly approaching its conclusion, but its murder mystery narrative continually evolves to surprise and shock the viewers. The sixth episode of the season is no exception as it brings to light some new revelations about Hanover Island and its residents.

In the episode, Harry and Meg team up to figure out the perplexing case of Brandon’s death, believing that the truth will lead them to Percy’s killer. Instead, Harry’s search leads him on a dangerous path where the seasoned detective has a run-in with death. We learn more about Percy’s final days and connection with Brandon.

Meanwhile, we are also introduced to Don, a local big-shot who owns a shipyard where Harry finds some disturbing clues. Will Harry be able to piece together all the clues, or will Percy’s murder remain unsolved? We, for one, cannot wait to find out! If you are also impatiently waiting for the next week’s episode, allow us to share what’s in store for ‘The Sinner’ season 4 episode 7!

‘The Sinner’ season 4 episode 7 will release on November 24, 2021, at 10 pm ET on the USA Network. The show’s fourth season contains eight episodes making the upcoming one the penultimate entry. Episodes of the show typically have a runtime of approximately 45 minutes each. The season finale will air on the network a week after episode 7, on Wednesday.

Where to Watch The Sinner Season 4 Episode 7 Online?

You can watch ‘The Sinner’ season 4 episode 7 by tuning in to the USA Network at the date and time given above, provided you have an active cable subscription. Alternatively, you can stream the seventh episode online on the USA Network’s official website and the USA Network app. Cord-cutters can watch the upcoming episode on live streaming services such as YouTube TV, Sling TV, DirecTV, Fubo TV, and Xfinity.

Additionally, the new episode will also become available to buy on VOD platforms like Vudu, iTunes, Google Play, Amazon Prime Video, and Microsoft Store. All episodes of season 4 are expected to arrive on Netflix in the near future. Until then, subscribers of the service can rewatch the prior seasons here.

The seventh episode of ‘The Sinner’ season 4 is called ‘Part VII.’ In the episode, we will likely learn more about the activities going on at the shipyard. From the first impression, it appears as if someone was doing something illegal on the ship Valerie. It is likely that Percy found out about the shipyard activities, which led to her death. However, with the goons burning down the ship, any clues that could help Harry connect Percy’s death to the ship are also gone.

Sean and Colin’s involvement in illegal activities could also come to light forcing Harry to question whether he can trust Meg. We are also likely to learn about the secret that Mike is hiding. As Harry gets closer to uncovering the truth about Percy’s death, he is becoming more paranoid, and Harry’s enemies could take advantage of this.