Will There be a The Smoke Season 2 on Sky1? 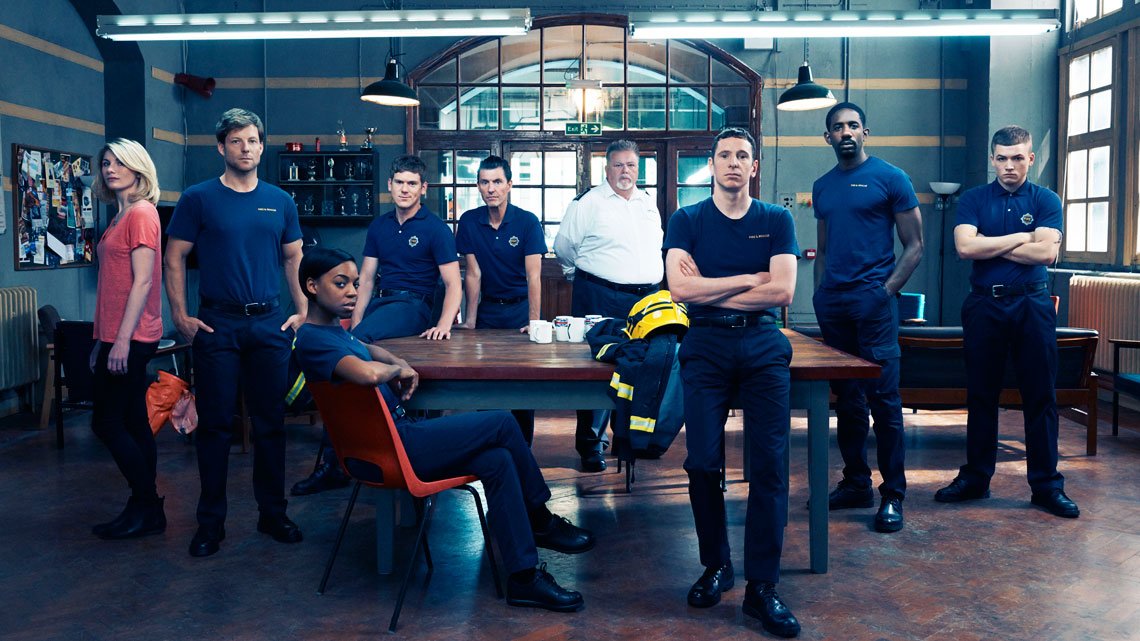 ‘The Smoke’ is a British drama that first premiered on Sky1 on February 20, 2014. It is a creation of Lucy Kirkwood, with Mike Barker, Samuel Donovan, and Julian Holmes serving as directors. The show follows the adventures of a team of London fire-fighters White Watch, as their leader returns to work after a long recovery break, following an unfortunate incident that leaves him traumatized. His past gets the better of him as he becomes obsessed with finding the truth. Chaos ensues.

Upon its release, ‘The Smoke’ was touted as “an emotionally gripping, high adrenaline drama.” The ratings for the show ranged from 200k to 300k overnight during its run, receiving widespread acclaim from audiences and critics alike.

The ensemble drama is headlined by Jamie Bamber, who enacts the role of the leader of the White Watch, Kev Allison. Joining him is ‘Broadchurch’ and ‘Doctor Who’ fame Jodie Whittaker, who plays Kev’s girlfriend, Trish Tooley. Rhashan Stone stars as Kev’s best friend, Mal Milligan. Golden Globe-winning actor Taron Egerton, known for ‘Rocketman,’ essays the role of the mysterious rookie member, Dennis. Pippa Bennett-Warner as Ziggy Brown and Gerard Kearns as Little Al are also members of the main cast.

Jodie Whittaker shared her experience working on the show, saying, “You watch a lot of dramas where there’s one girl, one wife and that’s about it. It’s frustrating. I’ve been really lucky: The Smoke and Broadchurch were real pleasures because of the number of extraordinary characters they have. In The Smoke I wasn’t just there to serve the scene of someone else. Lucy [Kirkwood, who wrote Skins] knows what she’s doing when she’s writing a woman. I felt in very safe hands.”

Explaining why ‘The Smoke’ is different from other shows she has worked on, she added, “It doesn’t look like anything you’ve seen on British telly for a long time because it feels massive. Huge set-pieces. We’re really good at drama in Britain — especially period drama — but it’s been exciting to branch out into action.”

In just one season, the show managed to win two Royal Television Society Awards for Best Craft & Design. Unfortunately, Sky1 still went ahead with its decision to cancel the show. Why was it canceled and is there any chance we might get ‘The Smoke’ Season 2 ever? You may ask. Well, let’s find out!

The Smoke Season 2 Release Date: Will it Ever Happen?

Here’s what we know regarding the likeliness of the show’s return. The broadcaster made an official announcement on May 30, 2014, that ‘The Smoke’ season 2 has been cancelled.

The statement read: “We’re very proud of ‘The Smoke’, which played a key part in Sky1’s plans to develop big scale dramas; something we will continue to do with our audience in mind. Unfortunately, sometimes tough decisions need to be made as to which dramas return and ‘The Smoke’ will not be returning for a second series. We would like to thank the entire creative team and cast, and everyone at Kudos.”

Of course, it didn’t go well with the fans of the show who rightly expressed their disappointment about the same.

However, it’s been revealed that “The fire-fighter drama failed to cross the 1m mark in the consolidated ratings attracting around 600k viewers per episode for the 8-part series.”

Renewal or return of a show, years after its cancellation seems like a far cry, but don’t lose hope, for anything is possible in the world of television. I don’t mean to suggest that the show will return. No. ‘The Smoke’ season 2 is officially canceled. But you never know! There’s always a chance of it getting picked up by a different broadcast network or a streaming giant. Until then, how about you binge-watch all the eight episodes, for the love of the show? Happy Bingeing!