Will There be a The Split Season 3? 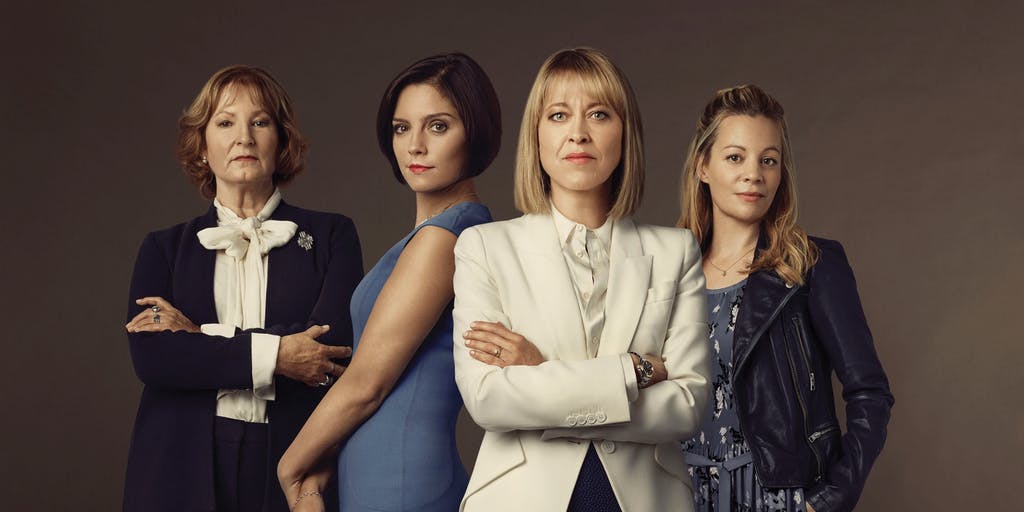 ‘The Split’ is a British legal drama television series that airs on BBC One in the UK and on the Sundance Channel in the US. Created and co-written by Welsh screenwriter Abi Morgan, with Jane Eden and Louise Ironside serving as the other two writers, the show follows the lives of a family of divorce lawyers.

‘The Split’ was commissioned for a series in August 2016, and in January 2017, Sundance Channel announced that it would be partnering with BBC for the show’s production. Production itself began in July 2017, and a bit less than a year later, Season 1, consisting of six episodes, premiered in April 2018. The show immediately left a lasting impression on television critics and viewers alike, who praised the performances by the cast, the dramatic plot, and the show’s exploration of relevant socio-political topics. Thus, it came as no surprise when the show was renewed for another season. Now that season 2 has ended, here’s everything we know about ‘The Split’ season 3.

The Split Season 3 Release Date: When Will it Premiere?

‘The Split’ season 2 released on February 11, 2020, on BBC One, and ended on March 17, 2020. In the US, it premiered on May 21, 2020, on Sundance at midnight. It consisted of six episodes. Until now, the BBC has not confirmed if ‘The Split’ will return for a third outing. But creator and writer Abi Morgan had said that the show was always conceptualized as a three-part story. Hence, we are positive that we will hear an announcement in the upcoming months. If things move as per plan, we can expect ‘The Split’ season 3 to premiere sometime in early 2021.

The Split Season 3 Cast: Who Can be in it?

Being a legal drama, the show has a long list of main and supporting characters.

Leading the pack of main cast members is Nicola Walker as Hannah Stern, a divorce lawyer who works for the law firm Noble & Hale, which is a rival law firm to the one her family runs. Stephen Mangan joins Walker as Nathan Stern, who is Hannah’s husband and a successful barrister.

Other main cast members in the show include Barry Atsma as Hannah’s ex-boyfriend and Noble & Hale lawyer Christie Carmichael, Stephen Tompkinson as Davey McKenzie, a millionaire who is going through a divorce with his wife, Goldie McKenzie, who is played by Meera Syal. Season 2 features Donna Air as Fi Hansen and Ben Bailey Smith as Richie Hansen. In season 3, we expect the entire lead cast to make comebacks.

The Split Season 3 Plot: What Can it be About?

The plot of ‘The Split’ is set in the backdrop of big money divorces taking place in London and follows the drama within the Defoe family and Hannah’s own life. An esteemed divorce lawyer who is the oldest and most responsible among the three Defoe children, Hannah feels betrayed when her mother Ruth, who is the formidable head of the family law firm, denies her a promotion. Disgruntled, Hannah goes and joins a rival law firm called Noble & Hale, and lands up with her former flame – a charismatic lawyer called Christie Carmichael.

After Hannah joins Noble & Hale, her life becomes extremely complicated as she has to contend with her angry family and her complex married life. On one hand, Hannah has to deal with her formidable mother and impulsive younger sister, especially when tensions erupt over the divorce of a wealthy couple and Hannah finds herself pitted against her family law firm. On the other hand, Hannah also has to navigate her married life – married to a cheating husband, Nathan, and having three children, Hannah has to decide between her responsibilities towards her family and her growing feelings for Christie.

Things get even more complicated when Oscar Defoe, the father of Hannah and her two sisters, makes an unannounced comeback after 30 years. Amid all this drama, Hannah’s youngest sister Rose also gets ready to marry, forcing the Defoe family to confront their issues and unite for the marriage. However, as can be expected of a family drama, Rose’s marriage ceremony does not end on a high note, and the Defoes again have to deal with stressful issues within the family (we’re not giving away any spoilers). As the season draws to an end, Hannah is torn between her feelings for Christie and her responsibilities towards her children, and viewers are left wondering whether Hannah will divorce Nathan and opt for Christie.

In ‘The Split’ Season 2, we see the Defoe family return as the newly merged law firm Noble Hale Defoe. The rest of the story chronicles the multiple cases handled by the high-profile legal clan. Season 3 is expected to resolve the multiple cliffhangers from season 2’s finale. It should also wrap up the story as it will most likely be the last installment from the show.