When Does The Substitute Season 2 Release? 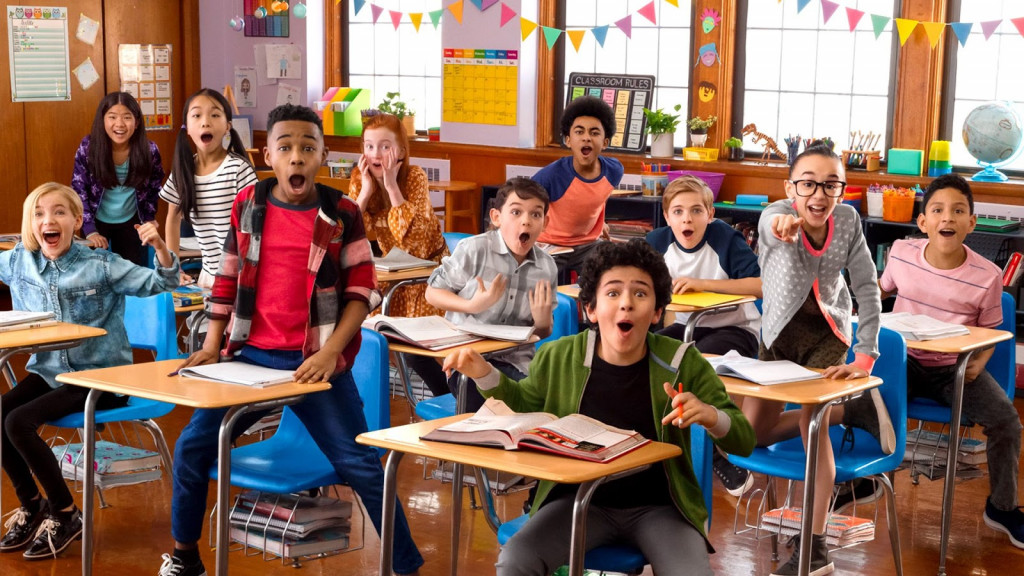 Nickelodeon, dubbed as the leading platform when it comes to kid’s entertainment, houses a wide range of diverse programs. Ranging from television shows, digital and location-based experiences, to publications and kid-centric feature films, it is the go-to brand for children. However, with an ambition to widen its audience reach, it also offers titles that can appeal to both kids and their parents alike. After all, spending time with families is of the utmost importance among the current generations.

Hence, to contribute to such shared experiences and promote more co-viewing opportunities, ‘The Substitute’ was an intelligent addition to the existing, exhaustive catalog of Nickelodeon’s shows. ‘The Substitute’ has Mike Harney as its showrunner. It is an unscripted, hidden camera, prank show where renowned celebs are given a full facial makeover by a team of special effects artists. Disguised to the limit that they are completely unrecognizable, these celebrities then go undercover, posing as substitute teachers in front of a class of unsuspecting students. Toward the end, each featured school also receives a donation of $25,000.

‘The Substitute’ first released its pilot in April 2019, on Nickelodeon, as a part of the channel’s April Fool marathon. This date also marked Nickelodeon’s 40th anniversary, after its launch in 1979. Now that season 1 has ended, here’s all you need to know about ‘The Substitute’ season 2.

The Substitute Season 2 Release Date: When Will it Premiere?

Prior to the series premiere, ‘The Substitute’ released its pilot episode on April 1, 2019. It was instantly a huge hit. It immediately ranked as the top programs among kid viewers, aged 6 to 11 years, across all television channels. Not only that, but it also scored a year-over-year double- and triple-digit increases with kids (aged 2 to 11 years) and kids (aged 6 to 11 years) respectively. In fact, it garnered a total of 866K total viewers after its release.

After the success of the pilot episodes, on August 28, 2019, it was announced that Nickelodeon has ordered a full series pickup of ‘The Substitute’, with a 10-episode order for an October 2019 premiere. The unique concept obviously struck a chord and the show attracted strong ratings throughout its run. Hence, we were always sure that it would be renewed for a new season. Proving our prediction correct, ‘The Substitute’ season 2 premieres on October 31, 2020.

‘The Substitute’ stars a diverse cast of celebrities who disguise themselves to prank innocent kids. For example, the premiere episode of season 1 features Jace Norman, who is dressed in prosthetics and a fool-proof costume, making him completely unrecognizable. He goes undercover to LUTHER Burbank Middle School, poses as a substitute teacher, and pranks students in several subjects, ranging from gymnastics to science. Packed with surprises and special reveals, this episode is successful in generating quite some doses of laughs. After he takes off his disguise and reveals himself, he also makes a donation of $25,000 to the school.

Throughout the first season, several stars have made appearances in the episodes. They are Lilly Singh, John Cena, Ne-Yo, The Bella Twins, Rico & Raini Rodriguez, Asher Angel, Shaun White, JoJo Siwa, Johnny Orlando, Cooper Barnes, and Kel Mitchell. In season 2, we also get a new host: Juanpa Zurita. Some of the guest stars featuring in season 2 are Ariel Martin, Chloe Kim, and Chris Paul, among others.

What Can The Substitute Season 2 be About?

‘The Substitute’, as evident from its name, is a themed hidden camera show where various celebs pose as substitute teachers. And it is indeed a wonderful concept, as far as the target audience is concerned. Parents, students, and teachers from all age groups can enjoy a few laughs and some good, enjoyable, together-times. Moreover, there are so many different, crazy, and creative pranks showcased on the series, that they keep us intrigued.

Not only this, after the grand reveal, kids get to see their favorite heroes, not in reel but in real life. That’s truly amazing for children who belong to age groups, ranging from 4 to 11 years. Additionally, they also receive a donation that can help the school in multiple ways. Moreover, we all know that students view a day with a substitute teacher as a relaxing respite from their regular grill. Season 2 will, of course, stick to the same format and continue to amaze viewers with multiple gimmicks and humor.