Where to Stream The Surrogate? 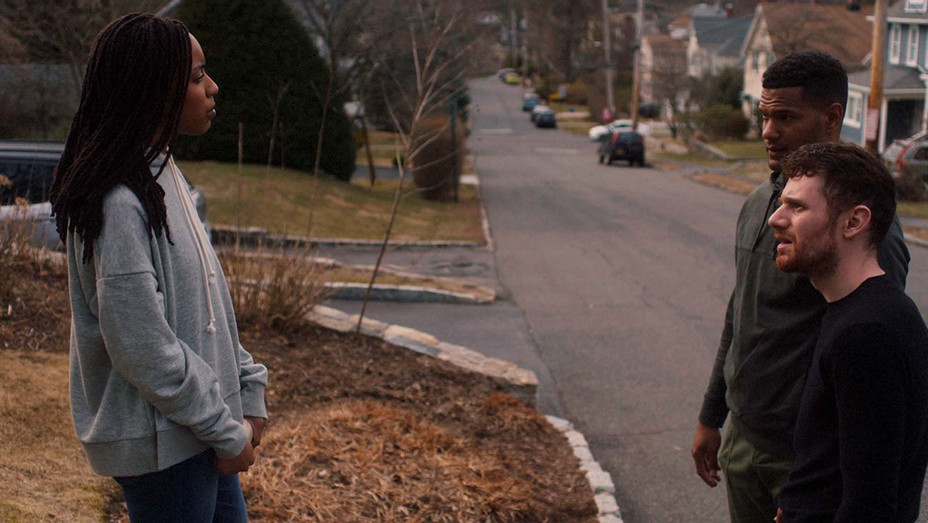 We often feel that friendships can stand the test of time and situations. As words, they are always reassuring. When it comes to actions, true colors tend to come out. ‘The Surrogate’ is a drama focusing on the dynamic among three individuals who are – you guessed it – trying to get pregnant via surrogacy. What starts as a journey towards a new life and possible excitement soon turns upside down as unexpected news threatens their bond. Curious to know where you can stream ‘The Surrogate’? We have got you covered, but first, let us walk you through the premise.

What is The Surrogate About?

Jess Harris is a 29-year-old web designer who works for a nonprofit in Brooklyn. She is ecstatic when she’s asked to be the egg-donor for Josh, her best friend, and Aaron, his husband. In the meanwhile, twelve weeks into the process, a prenatal test bears unexpected results. It puts the parties involved in a state of dilemma as they try to understand the best course of action. Naturally, their relationships are put to the test in these trying times.

Is The Surrogate on Netflix?

Netflix maintains a laudable roster of films, which sets the platform apart as a preferred choice among streamers. ‘The Surrogate’ is not on the site, but you should check out ‘The Florida Project.’ The film follows a ragtag group of kids whose summer break is filled with a sense of wonder and adventure, colored by the possibilities of the future. At the same time, we see the adults around them struggling with difficult issues.

Is The Surrogate on Hulu?

Hulu keeps making smart additions to the platform to satiate their ever-growing viewer base. While ‘The Surrogate’ cannot be streamed on the site, you can check out ‘Rain Man.’ It is a beautiful tale of how two siblings start to bond. Initially, Charlie Babbitt reaches out to his brother for selfish reasons. After all, their father’s left the latter with a fortune, and the former with mere pennies. Charlie and Raymond, the savant and newly rich brother, learn about each other during their travels.

Is The Surrogate on Amazon Prime?

Amazon Prime’s viewership is massive due to the platform’s ability to source films and shows from around the world. At the same time, they can cater to different tastes thanks to the wide variety of content. ‘The Surrogate’ is not available as is for Prime subscribers, but you can always buy or rent and watch the movie on the platform. Check it out here.

Where to Watch The Surrogate Online?

If you don’t have access to Amazon Prime, you need not worry. You can still buy and stream ‘The Surrogate’ from the iTunes store, Google Play, and Vimeo on Demand. You can also catch the movie on virtual theaters, here.

Where to Stream The Surrogate For Free?

If you want to stream ‘The Surrogate’ for free, you have to wait until it arrives on a platform with a trial period. For now, you have to pay to watch the movie, and we urge our readers to practice paying for the art they consume.