The Top Ten Revealed Season 3: What To Expect? 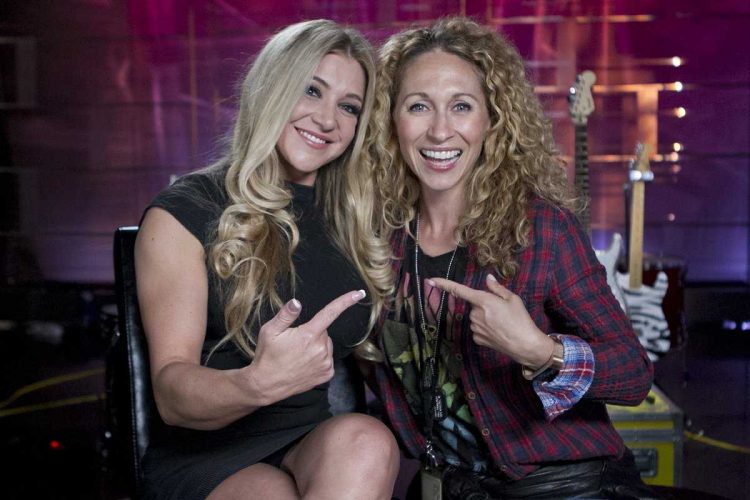 ‘The Top Ten Revealed’ is a music history show that airs on AXS TV. The show first premiered on February 11, 2018. Katie Daryl serves as the executive producer and the host of the show. She is best known for having worked on TMZ, the Hollywood gossip channel, before moving on to this music count-down series.

If you love rock n’ roll, then this is the show for you. Daryl expertly hosts a new list concerned with some aspect of rock music in each episode, and she is joined by a host of expert panelists, who happen to be icons of rock n’ roll. Understandably, the show is a hit among older audiences who can see the musicians they idolized growing up, on-screen, and take a trip down memory lane into rock history with Daryl. As expected, the show has seen two remarkable seasons to date. This is when The Top Ten Revealed Season 3 will release on tv screens.

The Top Ten Revealed Season 3 Release Date: When Will It Premiere?

‘The Top Ten Revealed’ is hosted by Katie Daryl. She is joined by several famous musicians, but the experts keep changing over the episodes. Some of the notable names have been Steven Adler, the drummer for Guns N’ Roses; Lita Ford, member of the Runaways; Pete Glavine; Vinnie Paul, co-founder of Pantera; Matt Pinfield; and Marty Friedman, member of Megadeth.

Season 3 will see Daryl return as host. She will be accompanied by returning experts such as Sebastian Bach, Lita Ford, Dee Snider, Don Felder, Rikki Rockett, and Steve Adler. New guests in the expert panel will include Mark McGrath, Carnie Wilson, and Wes Scantlin.

What Can The Top Ten Revealed Season 3 Be About?

‘The Top Ten Revealed’ centers around Katie Daryl discussing and going down the memory lane about different aspects of rock n’ roll. The idea is to shine a spotlight on the rich and varied history of rock n’ roll, and Daryl is not alone in this, as she is joined by some of the biggest icons of the genre, and the subsequent genres that rock n’ roll gave birth to.

Despite Neil Young’s insistence when he said ‘Hey hey, my my/ Rock and roll can never die’ the genre is indeed facing a potential decline as the music industry. The newer choices have shifted towards electronic music and the beats mixed by DJs rather than music played on instruments. Without comparing the two, it is still not difficult to point out that rock n’ roll needs a resuscitation.

It is perhaps a little more difficult to do because it was not just a genre of music, it is a way of life. To be rock n’ roll was to be a non-conformist, to be on the road, and to be prepared to go the distance if one wanted to make it to the top. It is not without reason that AC/DC expressed their sentiments of respect in their song saying ‘For those about to rock, we salute you’.

With rock n roll in the condition that it is in, the aim of the show is not just to evoke nostalgia among old school rock n’ rollers, but also to try and get new people interested in the show. Running lists is the best way to acquaint yourself to a genre as a newcomer, as you can then continue exploring the genre on your own, having been inducted to the best of a particular aspect of the genre. Moreover, if things are presented as lists, it means someone has already vetted them, and when the show has stars like Adler and Friedman, you can bet your bottom dollar that the lists are going to be good.

For fans of rock n’ roll, the lists serve a comparative purpose, where they can see if their favorite songs or musicians feature on the lists. Shining a spotlight on the icons and best moments of rock n’ roll seems like a good way as any to try and get more people into the genre. Thanks to the efforts of this show we might even see a revival a few years down the road. Either way shows like ‘The Top Ten Revealed’ is living proof that rock n’ roll will not go gently into the good night without a fight.

After all, it is better to burn out than fade away, and if we care to follow Daryl down the rich history and the cultural impact of the genre, we will never let this genre disappear. The presence of the star musicians serve not only to draw audiences but because they can draw from their personal experiences and recount how rock n’ roll influenced them, and some of them grew up when the genre was in full swing, so it is always fun to hear about the glory days from those who actually lived it.

In season 3, the show is going to feature epic songs from the year 1970, 1975 and 1985. We will see sub-genres of rock n’ roll such as Yacht Rock, Folk Songs from the 70s, and “Rockin’ Siblings to our favorite songs with ROCK in the title” — according to AXS.

While we wait for season 3, check out this clip below to refresh your memories.