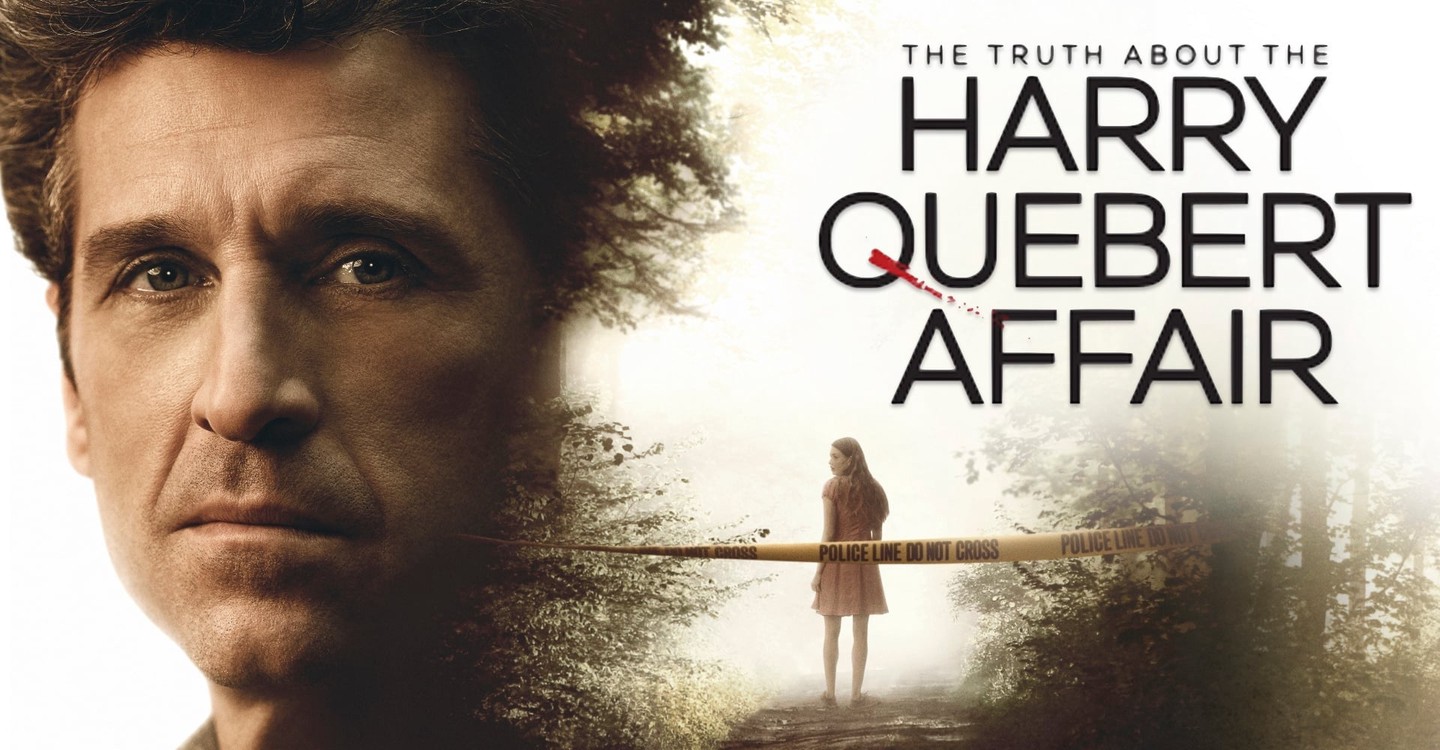 ‘The Truth About the Harry Quebert Affair’ is a miniseries, based on the famous novel written by Swiss author Joël Dicker. Branded as one of the best-selling books in Europe, TTATHQA’s visual representation premiered on Sky Witness in the UK on September 4, 2018. For its US audience, the show debuts on Epix.

The 10 episode drama is about a writer who discovers that his mentor is involved in a murder case. It is directed by Jean-Jacques Annaud and credits Annaud, alongside Tarak Ben Ammar, Fabio Conversi, Lyn Greene, and Richard Levine as the executive producers.

The Truth About the Harry Quebert Affair Cast: Who’s in it?

TTATHQA stars Patrick Dempsey as Harry Quebert. This role marks Dempsey’s return to the small screen after ‘Grey’s Anatomy’. His multiple acting credits include several films from the 1980s, such as ‘Can’t Buy Me Love’ and ‘Loverboy’. His other notable performances are ‘Sweet Home Alabama’, ‘Enchanted’, ‘Made of Honor’, ‘Transformers: Dark of the Moon’, and ‘Bridget Jones’s Baby’, to name a few.

Read More in TV Preview:Champions | The Circus | The Royals

The Truth About the Harry Quebert Affair Plot: What is it about?

The miniseries follows the same plot as the novel it has been adapted from. Marcus is a successful novelist but has been unable to come up with any new ideas recently. With mounting pressure, his urgency to get rid of his writer’s block increases. In the search for inspiration, he turns to his college professor and mentor Harry Quebert and travels all the way to New Hemisphere to live with him. However, destiny has some other plans. When the body of 15-years-old Nola Kellergan is found 33 years after she was declared missing, things take a turn for the worst. Harry Quebert is accused of her murder and Marcus works to uncover the truth. He decides that the result of this investigation will become the subject material of his next book.

TTATHQA has all the elements of a hauntingly sinister thriller drama. To begin with, it is set in Maine, the perfect backdrop for a murder mystery with its lush forests, coastal havens, and quaint roadside inns. The story begins in the 1970s, when Quebert is a successful novelist, spending his time reminiscing, writing, and sketching by the seaside. On one of these days, he meets the young teenage girl Nola and is immediately taken by her. Fast forward …… and we witness Nola being chased by an unknown assailant. Yes, that’s it. She is reported missing and even after three decades, there are still so signs about her whereabouts.

In the present time, we meet Marcus Goldman, a famous writer but who is facing trouble penning his next novel. In order to gather inspiration, he travels to Maine to meet his mentor and sort out his issues. However, here’s the twist. After Marcus heads back to New York, he gets the news that the body of a girl has been discovered in the grounds of Harry’s property. Of course, this is Nola, the girl reported missing for so many years now. The event leads to Harry being arrested for her murder. What follows is Marcus again returning to Maine to prove Harry’s innocence. With loads of flashbacks, twists and turns, and hidden secrets, we get to experience this ‘who dun it’ scenario unraveling before our eyes. It’s intriguing, no doubt. And interesting enough to keep you absorbed until the final reveal.

The Truth About the Harry Quebert Affair Season 2 Release Date: When will it premiere?

A 35-minute glimpse of various scenes from the show was previewed at the Cannes Festival in France on April 7, 2018, where it ran alongside MipTV and featured in an international competition with ten unreleased series of all genres. Cannes being a platform for the best international shows has helped the miniseries capture the attention of audiences all over the world. The fictitious crime show has already gathered a large fan base, especially after its sneak-peak trailer was released.

Finally, after a long wait, The Truth About the Harry Quebert Affair Season 1 premiered in the UK on September 4, 2018, on Sky Witness. It has been picked up by Epix to air for its American viewers. Now, as far as the exact dates are concerned, we do not have any update yet. We shall add the timeline to this section as soon as we learn more.

As far as the renewal is concerned, as is the case with most of the miniseries, they are designed as one-offs and rarely make a comeback with further seasons. In the case of ‘The Truth About the Harry Quebert Affair’, there is no word on its cancellation either; so we cannot say anything definitively as of now. In case, we hear anything about The Truth About the Harry Quebert Affair Season 2 release date, we will update this section.

The Truth About the Harry Quebert Affair Trailer:

Watch the official trailer for the miniseries below and you shall get an idea of what this show is all about.