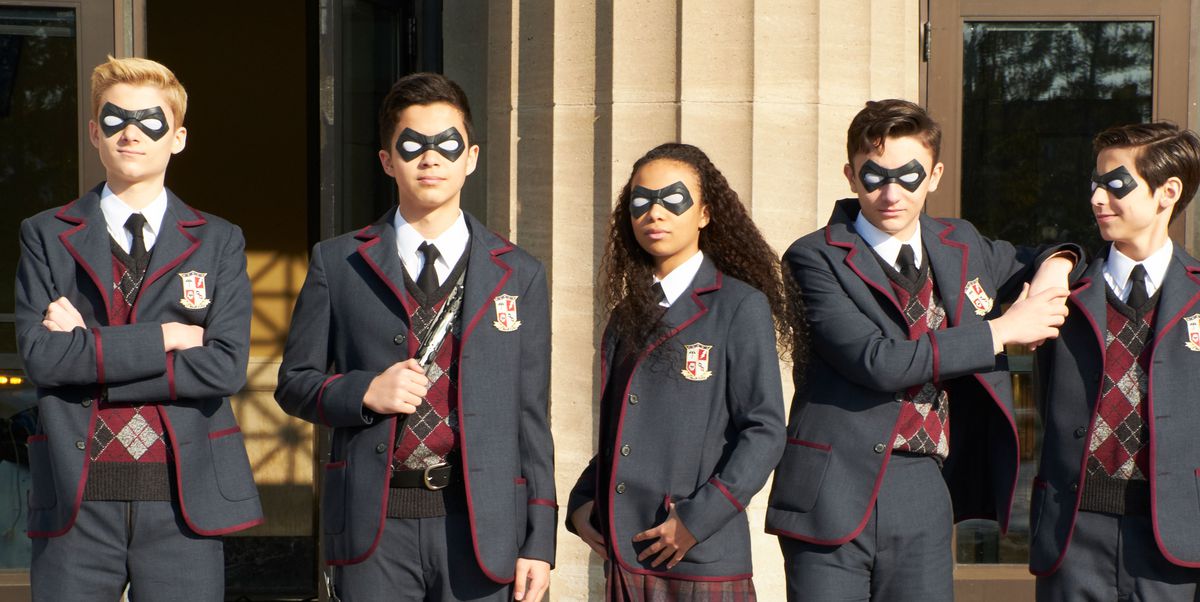 ‘The Umbrella Academy’ is a recently released Netflix Original show that is based on a comic book series of the same name created and written by former My Chemical Romance vocalist Gerard Way and illustrated by Gabriel Bá. The book-to-screen adaptation process for the superhero show had begun in 2011, when Universal Pictures optioned it for a movie. However, four years later, it was shelved in favor of a television series, which eventually got the green light from Netflix in July 2017. ‘The Umbrella Academy’ finally premiered worldwide on February 15, 2019, much to the joy of critics and audiences alike, and now fans are eagerly awaiting a second season. Here’s everything we know about Season 2.

The Umbrella Academy Cast: Who is in it?

The main cast The Umbrella Academy is as follows: Ellen Page as Vanya Hargreeves (The White Violin), Tom Hopper as Luther Hargreeves (Spaceboy), Robert Sheehan as Klaus Hargreeves (The Séance), Emmy Raver-Lampman as Allison Hargreeves (The Rumor), David Castañeda as Diego Hargreeves (The Kraken), Aidan Gallagher as Number Five (The Boy), Mary J. Blige as Cha-Cha, Cameron Britton as Haze, Colm Feore as Sir Reginald Hargreeves (The Monocle), Adam Godley as Pogo, and John Magaro as Leonard Peabody. Page’s name remains the star attraction along with other accomplished names like Mary Blige and Tom Hopper. It would be reasonable to expect that most of the cast will return for Season 2.

The Umbrella Academy Plot: What is it about?

The story of ‘The Umbrella Academy’ is an intriguing one. On one particular day in 1989, 43 children are born to random, unconnected women across the world, who showed no signs of pregnancy even a day before the births took place. After the children are born, seven of them are adopted by billionaire industrialist Sir Reginald Hargreeves. Having adopted the children, Sir Hargreeves opens what he calls the Umbrella Academy, wherein he trains the seven super-powered children to save the world when the day comes.

However, Sir Hargreeves’ plan fails to pan out after the family fractures during the children’s teenage years, and the team disbands. As they age, the young superheroes, like most people in the world, develop problems of their own – while some turn out to be addicts, others have bottled up emotional trauma from their years as superheroes-in-training.  Years later, six of Hargreeves’ children – Vanya, Luther, Klaus, Allison, Diego, and Number Five – reunite when they come to know about the billionaire industrialist’s passing.

Once reunited, the adult superheroes try and solve the mystery behind the death of Sir Hargreeves, but their reunion takes a sinister turn when they learn that one of their own has become a supervillain and harbours ambitions of world-destroying proportions. While the heroes band together and try to save the world from the threat of an imminent apocalypse, they also have to confront their family issues and their divergent personalities, both of which stand in the way of them functioning as a team. As far as the narrative style of the show is concerned, it is set in the present but takes viewers deeper into its world and the backgrounds of the characters through many well-placed flashback sequences.

In the few weeks that have passed since the release of Season 1, critics and audiences alike have given the show largely positive feedback. Critics have praised the show’s imagination and powerful acting by the ensemble cast, but have criticized it for its tone and pacing – ‘The Umbrella Academy’ Season 1 is “Certified Fresh” on Rotten Tomatoes, and has an impressive score of 76% with the critics consensus reading, “‘The Umbrella Academy’ unfurls an imaginative yarn with furtive emotion and an exceptionally compelling ensemble, but the series’ dour sensibility often clashes with its splashy genre trappings.”

Reputed publications, separately, have either heaped praise on the show or have criticized it outright. Vox, for instance, has praised the show, writing, “Style and doomsday aside, it’s in these pockets of emotion that The Umbrella Academy flashes its true beauty and intent. The show may be wrapped in superheroics and action, but it’s really about a group of people who have to work through their painful pasts and realize that forgiving one another is far tougher than the bigger task (saving the world, I guess) at hand.” As far as negative reviews are concerned, The Guardian, for example, has not taken kindly to the show, writing, “It is purest hokum: a superhero show with some potentially interesting stuff lurking underneath about family dysfunction (mostly carried by Ellen Page as the black sheep) that promises never to be developed.”

Meanwhile, audiences seem to be loving the show, which currently enjoys a rating of 8.1/10 on IMDb based on over 62,000 votes.

The Umbrella Academy Season 2 Release Date: When is it coming out?

‘The Umbrella Academy’ season 1 premiered on February 15, 2019 on Netflix. Owing to the popularity of Season 1, Netflix was quick to announce the renewal of the show. We are still awaiting news on its release date but our best estimate is that ‘The Umbrella Academy’ Season 2 will come out sometime in March, 2020.

Chances of renewal of the show was always good, especially considering the comic book series has three volumes – Apocalypse Suit, Dallas, and Hotel Oblivion – and it seems like Season 1 was based on Apocalypse Suit. It is therefore logical to assume that ‘The Umbrella Academy’ is going to see at least three seasons.