Will There be a The Undoing Season 2? 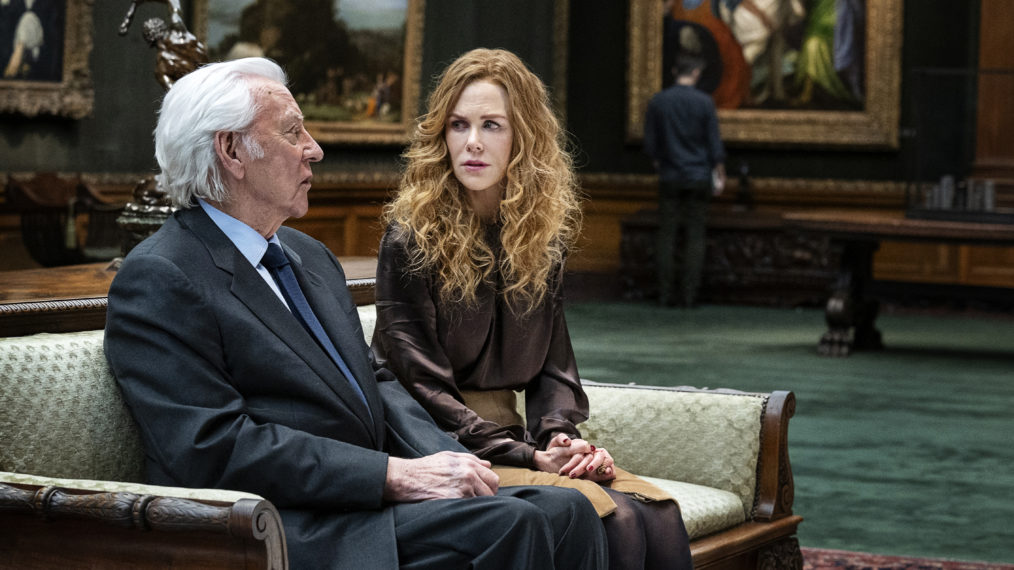 Attorney Haley Fitzgerald begins to shape the narrative of the case and looks into Grace and Jonathan’s pasts. Meanwhile, Franklin leverages his resources to help Grace and, later, defends Henry in the face of heightening tensions at school.

‘The Undoing’ is HBO’s psychological thriller, created by David Edward Kelley, that has managed to keep viewers hooked since its debut. The twisty show follows a psychotherapist with a seemingly perfect personal and professional life. But her world comes crashing down when her family becomes embroiled in a murder. After multiple curveballs and revelations, season one of ‘The Undoing’ has wrapped up — giving us a befitting conclusion. Now, this might make you wonder if HBO plans to extend the prestige drama beyond its inaugural run. Let’s get started by answering this question first.

‘The Undoing’ Season 1 premiered on October 25, 2020, on HBO. It wrapped up with its sixth episode on November 29, 2020. The series, when it was announced by HBO, was branded as a limited event. The inaugural installment also exhausts the content of its literary source material, the 2014 novel ‘You Should Have Known’ by Jean Hanff Korelitz. In fact, director Susanne Bier told EW in an interview: “This is a tight story, which is why I think six hours is perfect. There’s something about six that has a natural arc.”

Star Nicole Kidman added: “It’s not like a drama series where you’re not quite sure how they’re going to evolve and you have the next season. That’s why I say it’s like cinema because you have a beginning, middle, and end.” However, here is the thing. HBO is known to have extended shows beyond the content of its source — take the example of ‘Big Little Lies’. Since season one of ‘The Undoing’ managed to draw in strong ratings in the US and record-breaking numbers outside America, there is a probability of the makers considering a follow-up edition.

In fact, speaking to reporters, Bier hinted about what can the future hold for the show’s characters after season one: “Of course you wonder what comes after this is over. We did joke about it on set.” When asked about the second season, she said: “I won’t rule it out. But it’s not in the concrete works.”

Again, in an interview with the New York Times, writer David E. Kelley said: “Susanne Bier and I both loved the part of the book where Grace was rebuilding herself after her world fell apart. But for the purposes of this run, it was more about the thriller aspect. Who knows? If we did the extended life of Grace Fraser beyond this season of The Undoing, maybe we’d get into that reconstruction part.”

So, yes, never say never. We expect HBO to come up with an official confirmation in the next couple of months. That being said, if renewed, we cannot expect the next edition to drop soon. Season 1 was announced in 2018 and dropped in 2020. If HBO sticks to a similar schedule, we can expect a potential ‘The Undoing’ season 2 to premiere sometime in late 2022 or early 2023.

The Undoing Season 2 Cast: Who Can be in it?

Since a second season is not even confirmed yet, it is difficult to exactly pinpoint who among the lead cast will return for season 2. But there is a high probability of the main protagonists making a comeback — Nicole Kidman as the psychotherapist Grace Fraser and Hugh Grant as Jonathan Fraser, Grace’s oncologist husband. Noah Dupe may also make an appearance as Henry, Grace and Jonathan’s son. Other stars who might reprise their roles are Donald Sutherland as Grace’s strict dad, Franklin; Noma Dumezweni Haley (the powerful defense attorney for the Frasers); Ismael Cruz Cordova as Fernando; and Lily Rabe as Grace’s friend, Sylvia; among others.

The Undoing Season 2 Plot: What Can it be About?

The finale of the first season finally unravels the identity of the killer of Elena Alves (Matilda de Angelis). The story, throughout its run, drops several clues — anyone can be the killer. It can be Jonathan (who holds too many secrets); Grace (with whom Elena has had encounters in the past); Elena’s husband, Fernando; or Henry (who somehow has the murder weapon in his violin case). But in a massive twist, we get our answer — the identity of the real culprit.

Well, Grace uses her experience in psychoanalysis to prove that Jonathan is a sociopath who is definitely capable of murder. Henry had found the murder weapon and had cleaned it to protect his father. In the end, Jonathan takes his son in his car, halts on the bridge, and is almost about to jump off. But Grace reaches and he does not jump, hoping that she will give him another chance. Jonathan is arrested and taken to prison, where he will most likely spend the rest of his life.

So, what can season 2 be about? Most likely, it will narrate the aftermath of the above chain of events. It might explore the characters in further depth and follow the repercussions of the murder. It might also dive more into Henry’s persona — could he have inherited any of his dad’s violent tendencies? If yes, Grace will have plenty on her plate. And both mother and son might have to attend therapy after the traumatic experiences. However, until HBO announces a renewal, nothing is certain. The drama can take any direction! We will update this section as and when we receive additional news on the same.