Where to Stream The Upside? 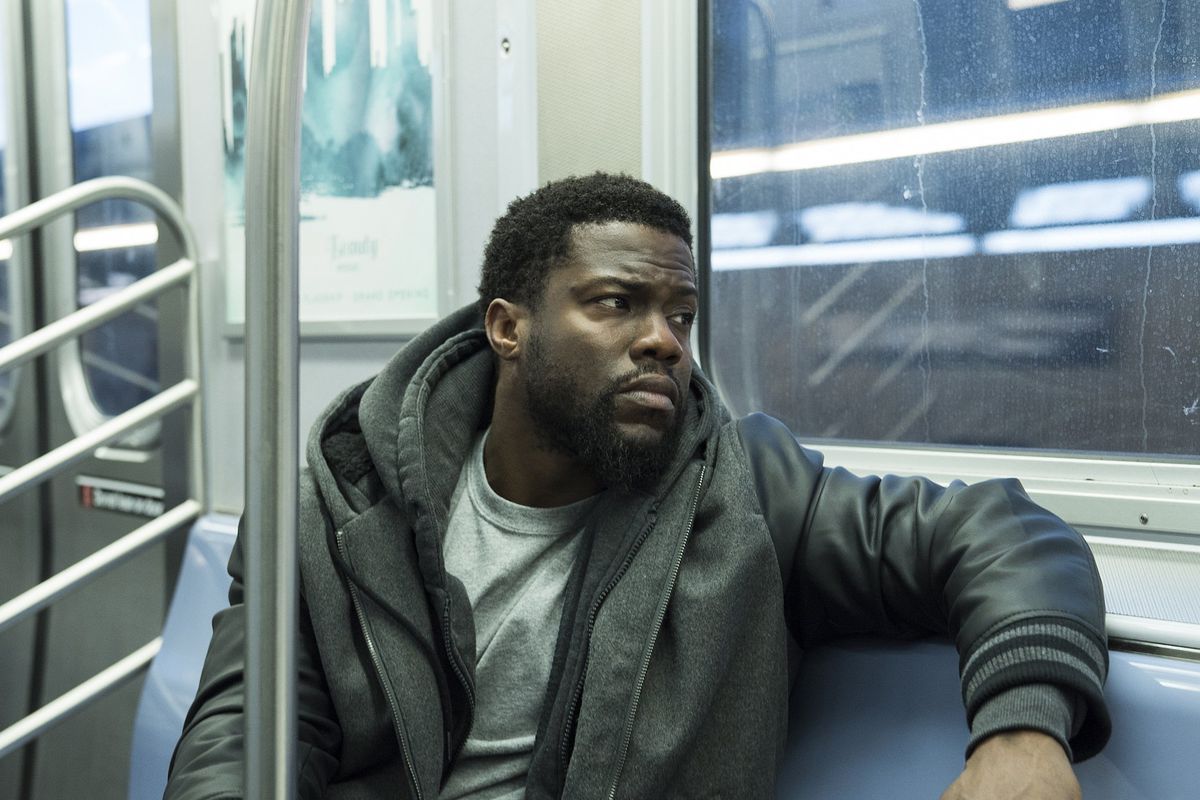 Friendship is a way of life, and the unlikeliest of people can become friends. ‘The Upside’ proves exactly that, although it gets its idea from somewhere else. The film is a remake of the French movie ‘The Intouchables‘, which is based on the life of Philippe Pozzo di Borgo. Considering it is the third remake of the movie, after the Tamil film ‘Thozha’ and the Argentinian movie ‘Inseparables’, one has to wonder why Hollywood did not get there sooner.

To be fair, the movie was in the pipelines since 2011 and finally made its premiere at the Toronto International Film Festival in 2017. Obviously, the plot will seem predictable and cliched if the film has been remade numerous times. But despite criticisms like that, the film has still managed to garner praise, especially for its performances, which is unsurprising, considering the talented cast on board.

What is The Upside About?

The plot of ‘The Upside’ starts with two men speeding through New York in a Ferrari. Dell Scott (Kevin Hart) and quadriplegic Philip Lacasse (Bryan Cranston) get pulled over by the NYPD. While Dell convinces the officers that they are rushing Philip to the emergency room, the latter grudgingly plays along. They manage to get escorted to the hospital. This is where the movie flashes back, and we see how the two actually met. Six months earlier, Dell is out on parole and must get signatures to prove that he is looking for a job. One of these places is Philip’s penthouse home. Philip is a wealthy quadriplegic, who, along with his assistant, Yvonne Pendleton (Nicole Kidman), happen to be interviewing candidates for the post of ‘life auxiliary’ caregiver. When Dell demands the signature in order to show it to his parole officer, an intrigued Philip actually offers him the job; but Dell declines.

He then visits his ex-wife, Latrice, and son Anthony, but they are not very interested in having Dell back in their lives. However, Dell tries to make amends by giving Anthony a book stolen from Philip. Finally, Dell does take the job of the caregiver, which pays well and is Dell’s shot at turning his life around. But the job seems tougher than expected, especially with Yvonne breathing down his neck with the ‘three strikes’ rule. Although Dell gets off to a rocky start, over time, the two men begin to bond and a friendship emerges.

Dell gets to know more about Philip’s accident while paragliding, which led to this condition. While Dell makes some adjustments to Philip’s wheelchair, Philip introduces him to modern art and the opera. When Dell makes his own painting, Philip is supportive of his new friend and displays it in his penthouse. When friendships run deep, it extends to all spheres of one’s life, and Dell intrudes in Philip’s love life, believing that Yvonne has feelings for him. However, he is informed that Philip is in an epistolary relationship with Lily Foley (Julianna Margulies). However, they have never met or spoken. Dell encourages Philip to leave her a voicemail. Things go wrong at Philip’s surprise birthday party since they argue, but it all turns around when Philip begins to socialize, and Dell gets Yvonne to dance. Lily even calls Philip and agrees to have dinner with him.

At the restaurant where they are supposed to have the date, Philip gives Dell $50,000 for the painting and asks him to start his own business. Dinner goes terribly as Lily is overwhelmed and says she did not expect Philip to be a quadriplegic. Philip is hurt and takes this out on Dell by firing him.

Time passes, and we see that Dell has bought Latrice and Anthony a new home and has a business of building motorized wheelchairs. Maggie (Golshifteh Farahani), Philip’s physical therapist, reaches out to Dell and tells him that the other caregivers did not last, and Yvonne has quit, and Philip remains uncommunicative. When Dell visits him, he takes him for a drive, which leads to the encounter with the police that we see at the start of the movie. The duo flees the hospital and rekindles their friendship. The movie ends with Dell joining Philip on a paragliding adventure, and Philip reunites with Yvonne, as Dell returns home to Latrice and Anthony.

It is an extremely emotional film, and now let us tell you where you can watch it.

Is The Upside on Netflix?

Netflix has one of the most well-stocked libraries in terms of content. There is something in it for everyone. Though the platform does not have ‘The Upside’ yet, you can check out other feel-good movies like ‘Boyhood‘ or ‘Roma‘ on the platform.

Is The Upside on Hulu?

Hulu has a wonderful library that is always improving, thanks to the smart additions on their part. Though subscribers cannot enjoy ‘The Upside’ yet, you can still check out ‘Joshy‘ for an emotional tale.

Is The Upside on Amazon Prime?

Amazon Prime has a fantastic collection of films and television shows. While ‘The Upside’ might not be available to Prime subscribers as is, you can always buy or rent the movie and watch it on the platform. It costs $5.99 to rent it and $9.99 to buy it. Check out the movie here.

Where Can I Stream The Upside Online?

Is The Upside Out on DVD and BluRay?

Yes, ‘The Upside’ is out on DVD and BluRay and has been available since May 21, 2019. If you want, you can check it out here, and you should be good to go.

Where Can I Watch The Upside Online For Free?

Unfortunately, at this moment, you cannot legally watch ‘The Upside’ online, for free. You have to wait till it is made available on streaming platforms which offer free trials.

However, we urge you to pay for all the art you consume.