When Will The Vanilla Ice Project Season 10 Premiere on DIY? 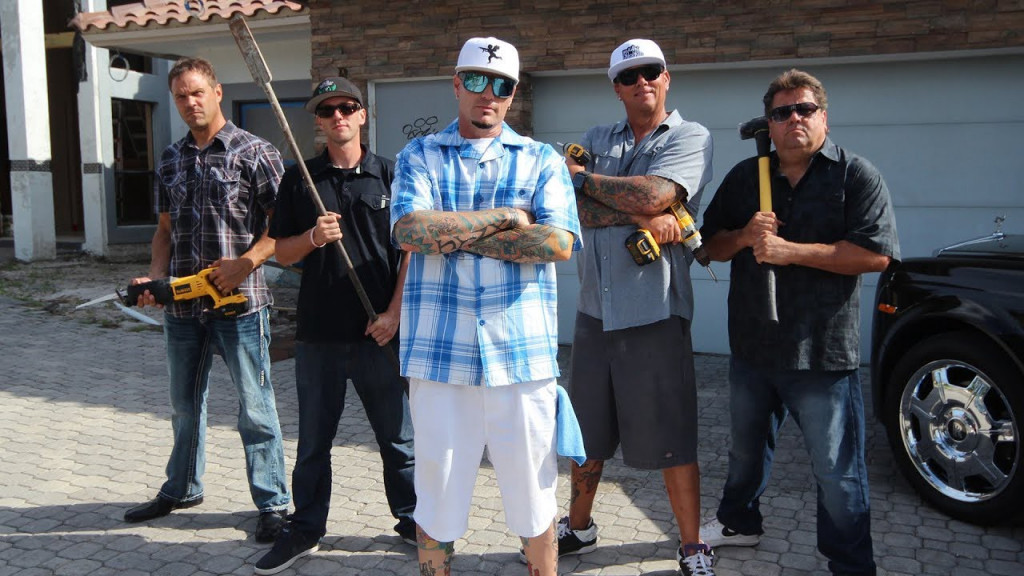 ‘The Vanilla Ice Project’ or ‘VIP’ is an American reality series produced by Departure Films and executive produced by Matthew Levine, Timothy T.P. Robbins, and Max Weissman. The show first premiered on October 14, 2010, and airs on the DIY Network.

The reality series is hosted by the rapper Rob Van Winkle, better known as Vanilla Ice who burst onto the scene with the iconic ‘Ice Ice Baby’ song, which became the first hip hop single to top the Billboard chart. Since then Vanilla Ice has switched his career from a successful rapper to a home decorator. He began buying houses in his early twenties and started renovating in 1998. The series displays his expertise in giving old houses a new and a modern makeover with a team of his associates or handymen.

All the 9 seasons of the show till have enjoyed good viewership. Here’s everything we know about The Vanilla Ice Project Season 10.

The Vanilla Ice Project Cast: Who is in it?

‘The Vanilla Ice Project’ has a more or less fixed cast, insofar it includes Vanilla Ice himself and his associates or Ice’s ‘ninjas’. They team up with local contractors who help them in the makeover and allow for better distribution of the workload. Notably, Wes Kain is Ice’s right-hand man and serves as the foreman on all projects. For all of Vanilla Ice’s expertise in flipping houses, it is Wes who does most of the micromanagement, be it the outlining of problems while Ice sagely nods his head, or the actual heavy lifting, while Ice swings a hammer and utters some cool line like “It’s dated and hated.”

In season 10, Vanilla Ice and his crew will return once again to pimp out big projects combining an artistic approach with state of the art technology, to provide a unique experience to some lucky homeowner.

The Vanilla Ice Project Plot: What is it about?

‘The Vanilla Ice Project’, the series, is about Vanilla Ice, a former rapper who has switched his profession to house renovation and flipping. Each episode shows Vanilla Ice and his men take up challenging renovation tasks and do them with the utmost professionalism and perfection. The final product of the challenge is something that is absolutely worth watching. Vanilla Ice takes up house flipping challenges that not many can dare to even think of. The former pop icon has been in the home renovating field for almost 20 years, and his expertise and experience is unparalleled.

The projects that he takes up include palatial mansions in Palm Beach, where he has to keep calm and oversee the progress of the work supervising and guiding his contractors. Apart from renovating, Vanilla Ice is also successful in real estate investment. The success of the series encouraged him to start his training course that helps people who wish to venture in real estate investment. Vanilla Ice solves the complex issues like lack of space by giving a complete facelift that provides the client with an extended space with good aesthetics. The show gives interesting details of how yards, small kitchen and even swimming pools are remodeled to the client’s satisfaction. It is all about doing it yourself.

Vanilla Ice brings the same over the top approach that he brought to his music and personal appearance to his house renovation projects. This has prompted some fans to admire the courage it takes to take up a multi-million dollar mansion for renovation. Over the seasons there have been numerous such projects for Vanilla Ice and his crew, and they usually take a week to overhaul a place. In fact, in the last season, our team of renovators took up a lakefront property for a top to bottom renovation. This requires that the house be stripped to the bare essentials and then rebuilt once again, with state of the art technology, not to mention a new pool or a boat dock with a tiki hut. To find out if he sacrificed a profit or managed to turn one, and if Vanilla Ice will be successful again this season, keep watching this show.

The Vanilla Ice Project Season 10 Release Date: When will it premiere?

You can check out the trailer for ‘The Vanilla Ice Project’ from one the previous seasons. If you have not seen the series and enjoy home renovations, then you must check out the show.