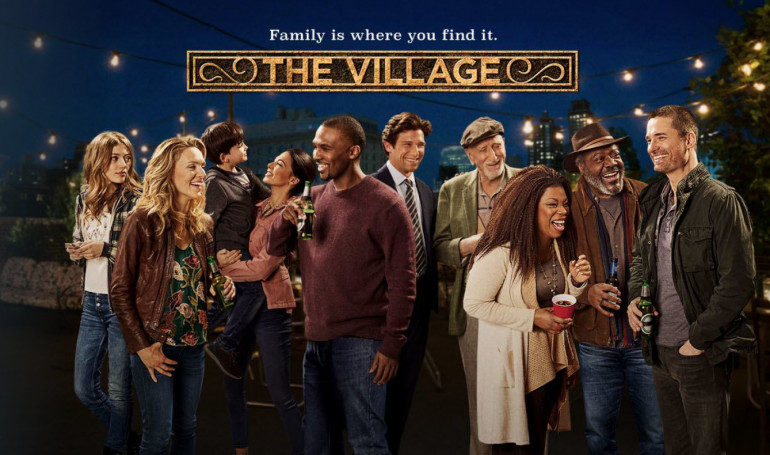 The Village is an American drama TV series that airs on NBC and first premiered on March 19, 2019. The show has been created by Mike Daniels, whereas 6107 Producers and Universal Television are the production companies behind it. Daniels alongwith Jessica Rhoades, Diane Kredensor, and Minkie Spiro serve as the executive producers.

NBC first greenlit the pilot of the show in January, 2018, with Daniels attached as the writer and executive producer. In May 2018, NBC confirmed that they have ordered a full series order, with Minkie Spiro acting as the director. Initially it was previously decided that the series would premiere on March 12, 2019. However, later the date was pushed back for March 19, 2019 release.

The Village Cast: Who is in it?

The village features an ensemble cast, comprising the following names.

Morian Atias stars as Ava. She is an actress and model with Israeli origins. Her notable works include the Italian movies Gas, Oggi Sposi, and Mother of Tears. She is widely known for her role in the TV show Crash and film Third Person.

American actress Michaela McManus plays the role of Sarah. She is best known for her roles in One Tree Hill, Law & Order: Special Victims Unit, and Aquarius.

Frankie Russel Faison features in the role of Ron. He is an American actor, widely known for the HBO series The Wire and the Hannibal Lecter franchise.

Casper Robert Van Dien Jr. also features in the show. He works as an American actor and producer.

Hans Warren Christie enacts the role of Nick. He is a Canadian actor, mainly recognized for his roles in October Road, Happy Town, The Resident, and Alphas.

American actor Daren Maxwell Kagasoff features as Gabe. He is best-known for the portrayal of Ricky Underwood in the teen series – The Secret Life of the American Teenager.

Lorraine Toussaint, who portrays Patricia, is a Trinidadian-American actress and producer. She began her career by playing supporting roles in movies like Breaking In, Hudson Hawk, and Dangerous Minds. Her most famous performances as a lead actress include depiction of the character Rene Jackson in Any Day Now and her appearance in Law & Order. She has additionally acted in Crossing Jordan, Orange is the New Black and Saving Grace. Her most recent appearance was in the comedy-drama Rosewood. Toussaint has been nominated for several awards such as the Critics’ Choice Television Award and Independent Spirit Award.

Dominic Chianese also features in another lead role in the show. He is an American actor, singer, and musician — mainly known for his parts in The Sopranos, and The Godfather Part II.

Other actors who star in recurring roles are Ben Ahlers as Liam, Hailey Kilgore, Guy Lockard, Katrina Lenk as Claire, Deborah Ayorinde as Dana, and Jerod Haynes as Ben. Amy Carlson makes a guest appearance in the series.

The Village Plot: What is it about?

The Village took over the time slot of NBC’s hit drama series — This is Us — and has even been compared with the character-driven show, because of a similar family-centric premise.  The central plot of the show revolves around residents of an apartment in Brooklyn. They are quite familiar with each other and have built a close-knit group among themselves.

One of the residents of the apartment is Sarah (Mc Manus), who is a nurse and is raising a creative, pregnant teenager. Then, there is Gabe (Kagasoff), who is studying law and lives with an older, unpredictable roomie. Nick (Christie) is a veteran who has come back home from war-torn Afganistan and finally gets to know what being part of a family feels like. He is still healing from the mental as well as physical scars from the war and is accompanied by his dog who had saved him. Ava (Atias) tries to secure the future of her young US-born son when government officials from the ICE come knocking at her door. For some reason, she also visits the court and is supported by cop Ben (Haynes). Ron (Faison) and Patricia (Toussaint) each have their own stories to tell.  Filled with hope, challenges, and warmth, The Village is a heartwarming show revolving around normal families.

Even though the show has right intentions, there are also times when it overdoes its “goodness”. As a result, there are moments that feel forced, as if the actors are working really hard to make you cry. This is exactly what critic Dan Feinberg at THR points out: “The series is so artificially dolorous that it wouldn’t surprise me to learn that The Village is actually an alien space vessel powered exclusively by the rending of hearts and jerking of tears.”

The Village Season 2 Release Date: When will it premiere?

The Village season 1 premiered on March 19, 2019 and ended its run on May 21, 2019 after the 2-hour finale of The Voice. As already pointed out, the critics were not kind to the show. It has earned just 31% Rotten Tomatoes score.

As far as the next season goes, we have bad news for the fans. On May 30, 2019, NBC, as expected, announced the cancellation of the show. Though, fans should not lose all their hopes. There’s still a possibility — though very remote — that some other network picks up the show. If that happens, we will update you about The Village season 2 release date.

While we wait for an update on The Village season 2, check out the season 1 trailer right here. If you haven’t seen the show yet head over to NBC to catch all the episodes of the first season.