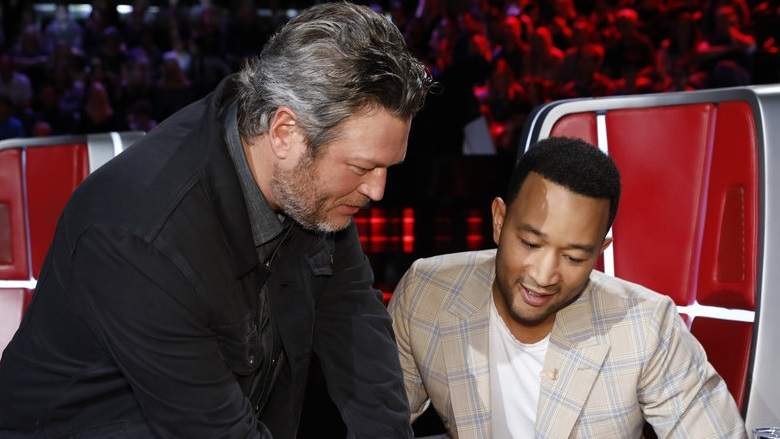 ‘The Voice’ is an American singing and reality competition television series that airs on the NBC. It first premiered on April 26, 2011. John de Mol is the creator of the show, which is directed by Alan Carter. Based on the original “The Voice of Holland”, the show has been made in many countries including America. It was initially called ‘The Voice of America’ before being shortened to just ‘The Voice’.

The show became an instant hit after its premiere. It is one among the few reality television shows in which you get judged purely based on your talents. The judges won’t see what you look like until after you’ve stopped singing. The show has produced some amazing singers over the years including Javier Colon, winner of the first season to Brynn Cartelli and Chevel Shepherd. Naturally, it has gathered a large fan following due to its popularity and long run, and critics have lauded it too for its handling and format that gives everyone a fair chance and makes the show more interesting.

The Voice Cast: Who is in it?

The cast of ‘The Voice’ is dependent on the format of the show. The way it works is that there are judges who also act as coaches guide the performers through the season while critiquing them as well. While the performers keep changing over the seasons, the judges are extremely famous icons of the music industry. Over the seasons, the show has seen Christina Aguilera, CeeLo Green, Adam Levine, Blake Shelton, Shakira, Usher, Gwen Stefani, Pharrell Williams, Miley Hemsworth, Alicia Keys, Jennifer Hudson, Kelly Clarkson, Kelsea Ballerini, John Legend, and Bebe Rexha.

For season 17, John Legend, Kelly Clarkson and Blake Shelton will return as coaches. Gwen Stefani, who last coached in the twelfth season, will return, replacing Adam Levine. Meanwhile, Carson Daly will return for as host.

The Voice: What is it about?

‘The Voice’ is about searching for singing talent from across America, who are then mentored and ultimately, the audience gets to decide if they are worthy of the grand prize.

Since it is a singing reality show, there are bound to be some beautiful voices on the show. But this show has a twist. The first round is called the “Blind Auditions” in which the contests only ever get judged on their talent and not on their appearance. The judges can see you if they like your voice and only after pressing the red button that reads “I Want You”. After the coaches select you for their team, there comes the second round which is called the “Battle Round” an elimination round in which contestants from the same team compete against each other for the limited spots on each team. But the eliminated singers get a second chance as the judges can “steal” two singers which have been passed over by their coaches. In this round, the teams are cut down to 10 singers each.

Then the real battle begins with the Live Broadcast and the decisions are made by the audience through live voting as they try to keep their favorites in the running. The winner not only gets prize money of $ 1,000,000 but also a recording contract with Universal Music Group. What stands out in the show is its focus on pure talent. It wilfully forecloses any possibilities of biases, by making the judges choose the contestants purely on their vocal talents and do not allow any biases based on looks and appearance to be factored in. However, the audiences get to know the contestants very closely, as they are more than willing to share their backstories and we know where each one of them is coming from and what their hopes and aspirations are. Not only does this make us more empathetic towards them, but it also encourages us to root more fervently for those whose stories hit a chord with us.

According to the producers, telling the complete story is not as much as a moralistic move, as it is a move that adds production value to the show. While some series would have shied away from topics such as sexual orientation since it might prejudice viewers and judges, ‘The Voice’ believes in coming clean completely, so that we know the contestants as best as possible before making a choice. What is also interesting is how the show goes just beyond the contestants and makes it a kind of competition among the judges as well, since they have to coach the contestants, and if their mentee wins, it is a victory for them as well.

In season 17, the show will continue in a similar manner, and we will get to see a host of new talents take to the stage and share their songs and stories with us. We also hope that the coaches keep things exciting and as music does make the world, and life, much better, ‘The Voice’ will always remain a show to look forward to.

The Voice Season 17 Release Date: When will it premiere?

Here’s the first look of season 17 to get you excited.