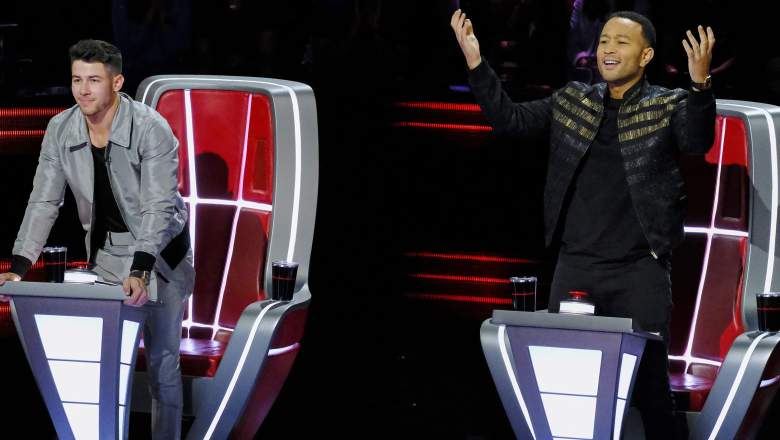 ‘The Voice‘ is currently on Season 18, and as you know, the panelists have to fill their teams, before the competition can truly kick-off. We have already seen extremely talented performers, who have amazed the panelists. They have been chosen into the camps, based on their skills, and how readily they can be coached.

Now that the auditions have come to an end in this episode, you must be wondering about who makes it through, and which camp they have joined. We are here to give you the rundown, along with when and where to watch the upcoming episode.

The Voice Season 18 Episode 6 Release Date: When Will It Premiere?

‘The Voice’ Season 18 Episode 6 is slated to be released on Monday, March 23, 2020, at 8/7c. The upcoming episode marks the start of the competition, officially, and has been titled “The Battles Premiere”.

Where to Watch The Voice Season 18 Episode 6 Online?

In the final stage of the auditions, Micah Iverson from Atlanta takes the stage with “All I Want”. He impresses everyone with the Kodaline song, and Kelly Clarkson manages to fight for him. Ultimately, he joins team Kelly. Brittney Allen from Columbus is up next, performing “Dancing on My Own”.

The woman has music in her blood, with her father teaching her most things. However, she gave up singing after her mother died of pancreatic cancer. Now she’s back to try her luck. The judges are all taken in, but John Legend turns first, and she joins him.

Tracey Preston from Philly performs “Rock Steady”. Saved from a life of violence, by music, Tracey has an amazing voice. However, the judges are being stingy and she cannot blow them away, thus resulting in nobody picking her. Cam Spinks from Alabaster performs “Wave on Wave”. With country vibes, he ends up on Team Blake.

Anders Drerup performs “Can’t Help Falling in Love”, and hails from Canada. The arrangement of the song impresses Nick Jonas, who welcomes the performer with open arms. Mandi Castillo from San Antonio performs “Así Fue”. She gets a four-chair turn but ends up joining Team Legend. Kailey Abel from Oklahoma is up next, and she delivers a rendition of “Forever Young”. Blake realizes how good she’d be for country songs, and gets her on his team. Team Shelton is now full.

Tyrone “Mr. Superfantastic” Perkins from Playa Del Ray performs “Stormy Monday”. Although he is an entertainer, the judges are wary of taking him on, and ultimately, he’s sent home. Gigi Hess from Lovington performs “Lovesong”. A survivor of bullying, Gigi wants to prove herself. Her performance lands her in Team Kelly, getting the final spot. Kevin Farris from Arlington Heights is a preschool music teacher, who performs “Home”. He is stellar, and ends up on Team Nick, filling it.

Allison Grace from Arkansas performs next but is ‘too delicate’, according to Legend. She doesn’t find any takers. Cedrice is the last performer, belting out “Fever”. Legend quickly turns and says he’s glad to have one spot left. Their collaboration should be fun to watch.