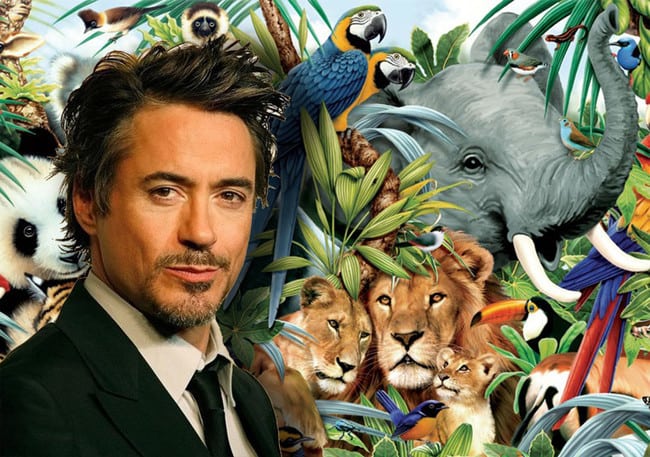 ‘The Voyage of Doctor Dolittle’ Cast:

On March 20, 2017, it was announced that Robert Downey Jr. would star in the feature adaptation of The Voyages of Doctor Dolittle playing the titular role. The movie also stars Antonio Banderas as Rassouli, Michael Sheen as Mudfly, Harry Collett as Tommy Stubbins and Jim Broadbent.

The movie also has many voice artists behind the fantasy realm : Tom Holland as Jip, a dog; Rami Malek as Chee-Chee, a gorilla; Emma Thompson as Polynesia, a parrot; Ralph Fiennes as Barry, a tiger; Selena Gomez as Betsy, a giraffe; Kumail Nanjiani as Plimpton, an ostrich; Octavia Spencer as Dab-Dab, a duck; John Cena as Yoshi, a polar bear; Craig Robinson as Fleming, a mouse; Marion Cotillard as Tutu, a fox; Carmen Ejogo as Regine, a lioness; and Frances de la Tour as Ginko-Who-Soars.

‘The Voyage of Doctor Dolittle’ Plot:

It’s a fantasy adventure film based on the character of Doctor Dolittle by Hugh Lofting. The film follows Dr John Dolittle, a physician who discovers that he can hear and talk to animals in their own languages. Dr Dolittle prefers to treat animals over humans. The movie follows Dr. Dolittle who sets off with his assistant, Tommy Stubbins, his dog, Jip, and Polynesia the parrot on an adventurous voyage over tropical seas to floating Spidermonkey Island.

The film is scheduled to be released on April 12, 2019 by Universal Pictures. It was previously set for release on May 24, 2019, but the studio had to change the date because it was opening against Disney’s ‘Star Wars: Episode IX’. Principal production commenced mid-February in 2018. Live action scenes began filming in Kirkby Lonsdale, Cumbria in May 2018, with further location filming at South Forest, Windsor Great Park and on the Menai Suspension Bridge in North Wales, in June 2018.

‘The Voyage of Doctor Dolittle’ Trailer: