When Will The Walking Dead Season 10 Return on AMC? 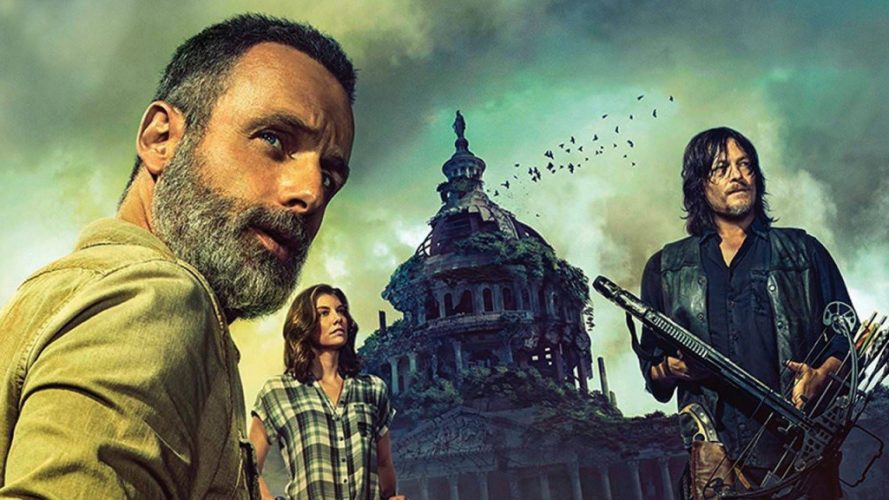 The significance of The Walking Dead in the horror post-apocalyptic genre is not lost on anyone. It is one of the finest book adaptations out there and till date, enjoys a huge following. The Walking Dead, based on the comic book by the same name, created by Robert Kirkman and Tony Moore, is developed by Frank Darabont for AMC. It is a series about survivors of a zombie apocalypse struggling to stay alive while constantly being under the threat of attacks from these zombies, who are known as “walkers”.

The series shows conflicts between several groups of survivors, each of which has its own set of rules. The series premiered on Oct 31, 2010, and has been running ever since. Over last 10 years, the show has won several Emmys including Best Prosthetics and Saturn Award for Best Actor, Best Actress, and Supporting Actress. The show has a prequel series running as well, known as Fear the Walking Dead.

As far as the future of the show is concerned, there’s further good news for the fans. On the eve of season 10 premiere, it was announced that the show has been renewed for season 11 and it was also confirmed that Lauren Cohan is officially returning to the franchise as Maggie Greene, last seen in season nine. She will return as a series regular in season 11.

The Walking Dead Cast: Who is in it?

The series consists of an ensemble of cast, most of whom have been regulars for the all the seasons. Andrew Lincoln plays Rick Grimes, who is a county sheriff from Georgia and the leader of the Alexandria clan. The actor was seen for the final time in season 9. He left the show due to his family commitments. Before leaving he said, “There’s something beautiful in the original DNA of the show in that it is all about change. The show will live on and it will continue to be great. It’s exciting because there is a sense that there is a new vision for the show. I think [new showrunner] Angela [Kang] and everybody involved in it are performing out of their socks. To the best of their ability, they’re putting it all out there.” We will be seeing Andrew Lincoln next in the The Walking Dead movie trilogy that is being planned.

Danai Gurira who plays Michonne is a warrior and partner to Rick. Apart from being a mother her and Rick’s child, Michonne is also a mother figure to Judith. Gurira has also affirmed that the tenth season will be her last, and has only signed on for only a recurring role during the season.

Norman Reedus plays Daryl Dixon who is Rick’s right-hand man. Lauren Cohan plays Maggie Greene, who is Glenn’s widow and used to be the leader of the Hillto and acts as a mother figure to Enid.

Season 9 also saw the return of Sonequa Martin-Green as Sasha Williams. Samantha Morton plays Alpha, the leader of the gang of Whisperers, a group that camouflages their presence by using the skin of walkers.

It will be interesting to see who stays alive till the end of season 10. New cast members are bound to join the show, as old ones either are phased out or die.

The Walking Dead Plot: What is it about?

At the beginning of Season 9, we see that eighteen months after Negan’s downfall, Rick proposes building a bridge to ease trading, but this leads to further anger and resentment. When he tries to destroy the bridge to prevent an invasion of walkers, Rick is killed (or is he?). Six years later, absence of Rick triggers discourse between the communities, and a new walker-controlling threat named the Whisperers demand the survivors do not trespass their territory. Their leader, Alpha, acquires a large horde of walkers that she will unleash if they do so. After her daughter Lydia abandons her mother’s group for the Kingdom’s, Alpha disowns her and massacres many residents during a fair. The ninth season ends with the communities braving a ferocious blizzard.

With season 10, the showrunners are looking to explore territories that are far away from the comic books.

You can view the entire show on AMC‘s official website. Eight seasons of the show are also available on Netflix. Here’s the season 10 trailer that will have you excited.