Where to Stream The Walking Dead? 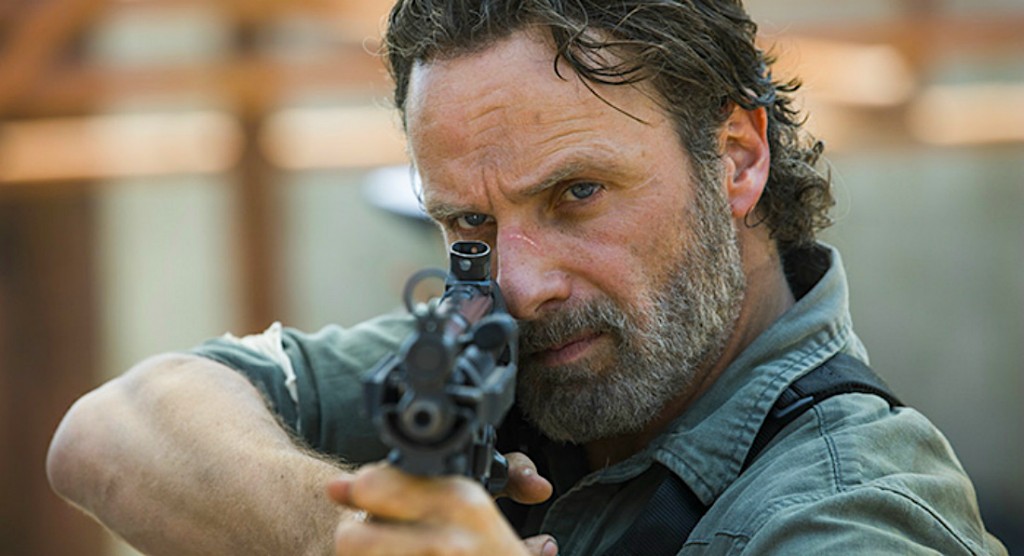 A zombie apocalypse is one of the best survivalist settings that has been explored in movies and television shows and only a few have done it better than ‘The Walking Dead‘. It is a post-apocalyptic horror show that is based on the comic book series by Robert Kirkman, Tony Moore, and Charlie Adlard. The basic premise of the show is that a large group of survivors have to fight to stay alive as they constantly face the threat of attacks from mindless zombies, known as ‘walkers’. However, with the fall of humanity and crumbling of established society, there is an increasing number of conflicts between various groups of survivors who have their own communities with established morals and laws. Thus, the series also portrays hostile conflicts between human communities.

Upon release, ‘The Walking Dead’ received critical acclaim and went on to gain a large fan base as well. Naturally, now you must be wondering where you can stream and watch the series. We are here to tell you that, but first, let us walk you through the premise of ‘The Walking Dead’.

What is The Walking Dead About?

‘The Walking Dead’ is set after the onset of a zombie apocalypse across the world that destroys most of the population and ruins any semblance of recognizable social structures. The zombies, colloquially dubbed ‘walkers’, are bent on attacking humans and eating them. They are attracted by noises like gunshots and can also catch different scents, like that of humans. It initially appears that if a human is bitten or scratched by a zombie, they get infected and turn into walkers themselves. However, it is soon revealed that humans also carry the pathogen which is responsible for this mutation. The pathogen seems to be activated after the host dies. The survivors realize that the only way they can kill a walker is by destroying its brain, or its body through means such as cremation.

The series mainly starts off by focusing on Rick Grimes, a sheriff from Atlanta, who wakes up after a coma to find that the world is overrun by zombies. Soon, he must lead a group of people struggling to stay alive from the attacks of the undead, as the living poses an equal threat when they come in contact with communities who are willing to do anything in order to stay alive.

Over the seasons, the plot of the post-apocalyptic tale has kept on changing. In the first season, Grimes attempts to form a group of survivors and they hit upon the plan to go to the Centre for Disease Control, hoping to contain the situation somehow. However, the sole surviving member of the CDC assures them that the nightmare is very real and here to stay since no cure exists for the epidemic. In the following season, the group travels from Atlanta, where they encounter another community. Staying with them for a while, tensions begin to escalate when Grimes discovers that the man had kept his loved ones, turned into zombies, in a barn. There are fractures within Grimes’ group as well when the sheriff discovers that his partner and his wife were romantically involved with one another. At one point, Grimes is forced to shoot his partner in self-defense but the noise attracts zombies, forcing Grimes and the other community to evacuate.

The following season is more about the conflict with humans than zombies as Rick and his group make their home in prison and come into conflict with a man ruling a fortified town, calling himself the Governor. Ultimately, Rick emerges victorious and his group’s size increases. The troubles of the group increases in the next season when the Governor relaunches the attack as the group is recovering from the effects of the flu. However, they manage to escape and ultimately head towards a safe spot called the Terminus, where they are captured for some reason. Soon, Rick’s group discovers that Terminus engages in cannibalism, but they escape somehow.

Their adventures finally lead them to Alexandria, a fortified community which has not directly come into contact with the zombies. The community relies on Rick’s group for support. The subsequent seasons only see the conflict between the humans deepening as some of them use the walkers to their advantage. ‘The Walking Dead’ drives home the message that human conflicts remain as dangerous in a post-apocalyptic setting as everyone looks out for their own good. Now, let us tell you where you can stream the show.

Is The Walking Dead on Netflix?

Netflix has an amazing collection of movies and television shows that sets the platform aside as a premier content provider. Subscribers are in luck, since ‘The Walking Dead’ is on the platform. Check it out here.

Is The Walking Dead on Hulu?

Hulu has a fantastic collection of movies and television shows that the platform keeps making additions to, in order to cater to the wide range of tastes of the viewers and to stay ahead of competitors. While ‘The Walking Dead’ is not on the platform, you can check out ‘Fear the Walking Dead‘, a spin-off show which explores how a group of survivors face the beginning of the end of the world at the start of the zombie apocalypse.

Is The Walking Dead on Amazon Prime?

Amazon Prime has an enviable collection of movies and television shows that can perhaps only be bested by Netflix. While Prime subscribers cannot stream ‘The Walking Dead’ on the platform as is, you can purchase and stream the show. It is advisable to buy the entire season rather than individual episodes. Check it out here.

Where Can I Stream The Walking Dead Online?

No subscriptions to major platforms? No worries. You can still stream and watch ‘The Walking Dead’ online. Just head over to AMC, Fubo TV, and Sling in order to stream the show. However, you need to have subscriptions to the platforms.

Can I Stream The Walking Dead Online For Free?

Freeloaders are in luck since you can use the free trial periods offered by Fubo TV or Netflix to stream ‘The Walking Dead’. However, we urge readers to pay for the art they consume.