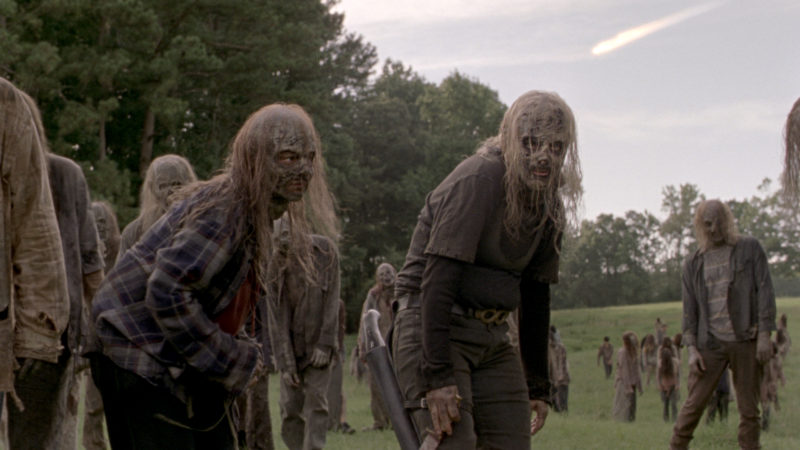 ‘The Walking Dead’ is certainly one of the most epic zombie tales you will ever see. The AMC show revolves around a zombie apocalypse and how the survivors try to rebuild society in a dystopian world.

The tenth season of the series has been marching along intensely with the central focus on the war with the Whisperers. The eleventh episode of the season once again pits the Whisperers against several major characters in an epic face-off. Since that episode serves as a set-up, the upcoming, twelfth installment of the season will feature a major battle, and possibly, the death of a few characters.

The Walking Dead Season 10 Episode 12 Release Date: When Does it Premiere?

The twelfth episode of the tenth season of ‘The Walking Dead’ is scheduled to premiere on March 15, 2020 at 9/8c on AMC. The episode is titled ‘Walk WIth Us’ and releases one week after the eleventh episode of the season was aired. The series follows a weekly format with a new episode slated to be premiered every Sunday.

Where to Watch The Walking Dead Season 10 Episode 12 Online?

The eleventh episode of ‘The Walking Dead’ begins with the Whisperers collecting tree sap. Negan is made Alpha’s right-hand man, replacing Beta. On the other hand, Eugene tells Stephanie that he is in Virginia and that the two might be closeby. Stephanie tells him that she will consult her people about the possibility of them meeting up.

Later, Rosita hears Stephanie’s voice on the radio while Eugene is away and talks back. She apologizes to him for messing things up. Ezekiel finds Carol and tells her that he won’t leave her side until she decides to return.

Daryl and Lydia inform those at Hilltop that Alpha and her horde are advancing towards them. The two persuade the others to evacuate Hilltop and go to Oceanside. However, they find the horse path blocked by a fallen tree. Apparently, Negan blocked all the horse paths leading out of Hilltop to stop anyone from evacuating. Earl gives an inspirational speech to motivate everyone to start preparing for the upcoming battle.

Eugene sings a sing for Stephanie and people at Hilltop prepare for battle. Stephanie sings back and gives Eugene a location where they can finally meet. When the horde arrives, some of them get killed by an electric fence that Eugene had been working on. The Whisperers throw balloons of the tree sap they had been collecting since it is flammable. Then, the Whisperers shoot flaming arrows towards Hilltop. Hilltop burns, trapping several characters between the fire and the Whisperers.