What to Expect From The Walking Dead S10 E14? 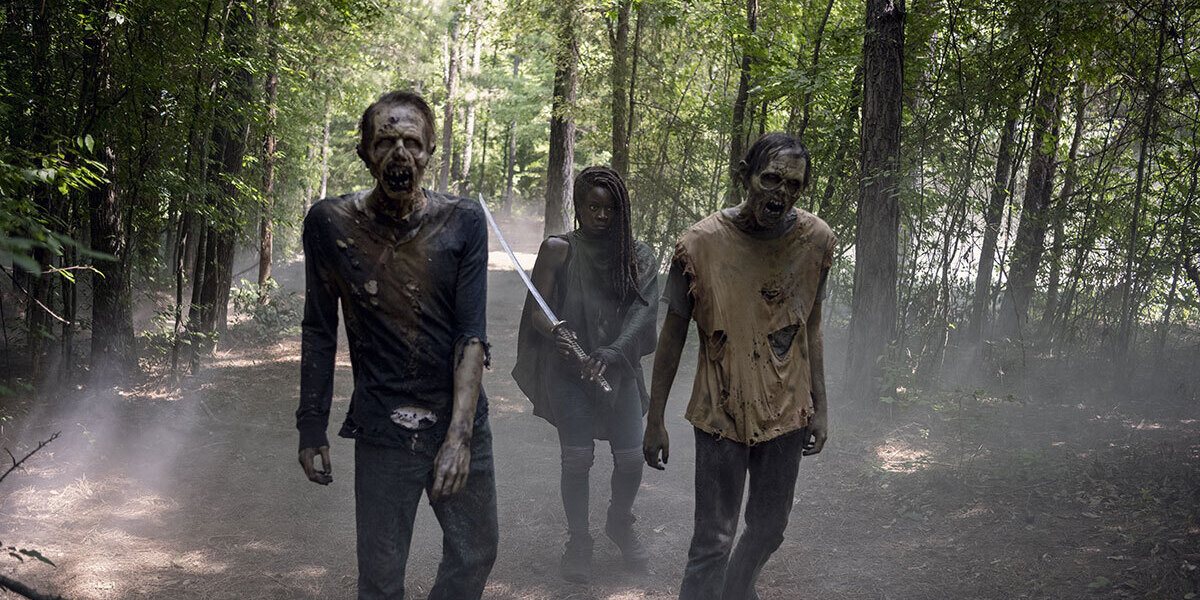 ‘The Walking Dead’ season 10 has been nothing short of a wild ride. From getting chased and threatened by Alpha’s horde to settling a score with Alpha and sealing her fate, this season of the post-apocalyptic zombie horror show has been a game-changer. It is proof of how Angela Kang has invigorated the show since taking over the mantle from Scott M. Gimple.

Episode 13, which released on March 22, 2020, serves as a farewell episode to the sword-wielding Queen of ‘The Walking Dead’ universe, Michonne Rick Grimes. In case you want to refresh your memories, check out the recap. If you want to know what happens in the upcoming episode, i.e., ‘The Walking Dead’ season 10 episode 14, keep reading!

Where to Watch The Walking Dead Season 10 Episode 14 Online?

You can watch the latest episode of ‘The Walking Dead’ if you have a cable connection, by tuning in to AMC at the above time slot. You can also watch the released episodes online by logging into AMC’s official website or the AMC app.

If you don’t have cable, there are several other options where you can live-stream the already-released episodes with a paid subscription — such as YouTube TV, Philo TV, Sling TV, and DirecTV. Additionally, specific episodes can also be purchased on Amazon Prime Video.

The upcoming episode is titled ‘Look at the Flowers.’

“Just… just look at the flowers!” Rings a bell? We all know what happens after Carol says this to Lizzie. A bullet leaves Carol’s gun and hits Lizzy, who has killed her sister Mika and is about to kill Rick’s daughter, Judith. Anyway, why is it the title of the upcoming episode, you may ask? Well, in the episode, we might see the Alexandrians reacting to Michonne’s exit. As the Hilltop has burned to the ground, the episode might also focus on the aftermath of the fire. Where will the people go?

Meanwhile, an enraged Beta might set out to exact revenge on Alpha’s killer. The episode might also shed light on the pact between Carol and Negan, which might revolve around Alpha’s death. Unfortunately, we can expect to see another heart-wrenching farewell, as Ezekiel and Jerry might say their goodbyes before going their separate ways. Also, Eugene might finally decide to leave in search of Stephanie, hoping to find another functioning civilization like their own.

‘The Walking Dead’ season 10 episode 13 titled ‘What We Become.’

Gathering the weapons for Hilltop and Alexandria is the sole reason why Michonne agreed to accompany Virgil to the island. The Michonne-centric episode begins with Michonne arriving at the naval base, only to realize that Virgil has been lying all along. Instead of handing her the weapons, Virgil double-crosses her by locking her up. She also finds other people he has held hostage on the deserted island. After a while, Virgil injects Michonne with drugs, causing her to hallucinate about her time with Andrea at the community, and also the moments she spent with Siddiq.

Michonne also visualizes how different life would’ve been if she had sided with Negan and the Saviors. Upon gaining consciousness, Michonne inures Virgil, by stabbing him hard, and proceeds to free the hostages. When Michonne forces Virgil to take her to the armory, she gets the shock of her life as she finds Rick’s cowboy boots along with a cell phone with a drawing of Michonne and Judith etched on it. What? Is Rick alive? Well, you already knew that, didn’t you? The episode ends with Michonne using the walkie-talkie to speak with Judith. She informs her about Rick’s possible existence and her mission to look for him.

Leaving everything behind, the badass mother of two, embarks upon a quest to find the love of her life. Along the way, she comes across some people who require her assistance to merge with the organized group in front of them.