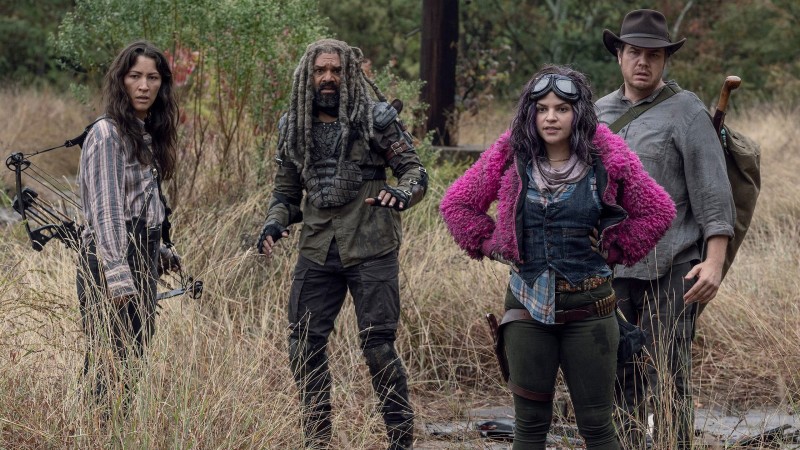 Fans of ‘The Walking Dead’ have some bad news to deal with. The tenth season of the zombie apocalypse television series had to be cut short due to the Coronavirus pandemic.

The AMC show has managed to garner high amounts of popularity, becoming a successful franchise. It revolves around the rebuilding of human society after a zombie apocalypse.

The Walking Dead Season 10 Episode 16 Release Date: When Does it Premiere?

Unfortunately, fans will have to wait longer than usual for The Walking Dead Season 10 Episode 16. It was expected to release on April 12, 2020, but now because of the complications arising due to the Coronavirus pandemic led to a delay in post-production work. The episode will be released “later this year,” according to AMC’s official website. The episode will be released as a special episode, and might not be considered a part of the tenth season.

Where to Watch The Walking Dead Season 10 Episode 16 Online?

‘The Walking Dead’ Season 10 Episode 15 sees Beta advance towards Alexandria with a horde of walkers behind him. The residents of Alexandria have already left and meet up with the Hilltop residents at a place called The Tower. Alden and Aaron spy on the Whisperers as they head towards Oceanside. However, the Whisperers turn back and surround them.

On the other hand, Princess is introduced properly. Although slightly weird, she seems to harbor good intentions. Princess shoots a few approaching walkers, but Ezekiel and co.’s horses get scared and run away. Luckily, Princess says she has other means of transport. Unfortunately, the group ends up on a minefield. After getting out of that situation, Princess shows them the bicycles she has.

Negan tries to apologize to Lydia, but the latter does not take it well.  Negan asks Lydia to let all her grief and anger out. He even asks her to hit him. She lets it all out: screaming and hitting Negan, who hugs her.

Meanwhile, Daryl runs into Judith while scouting the perimeter of the Tower. Judith tells Daryl that Michonne is not coming back. She tells him that she had been worried that he would leave her. Then, Gabriel warns Daryl of the walkers having arrived at the Tower.