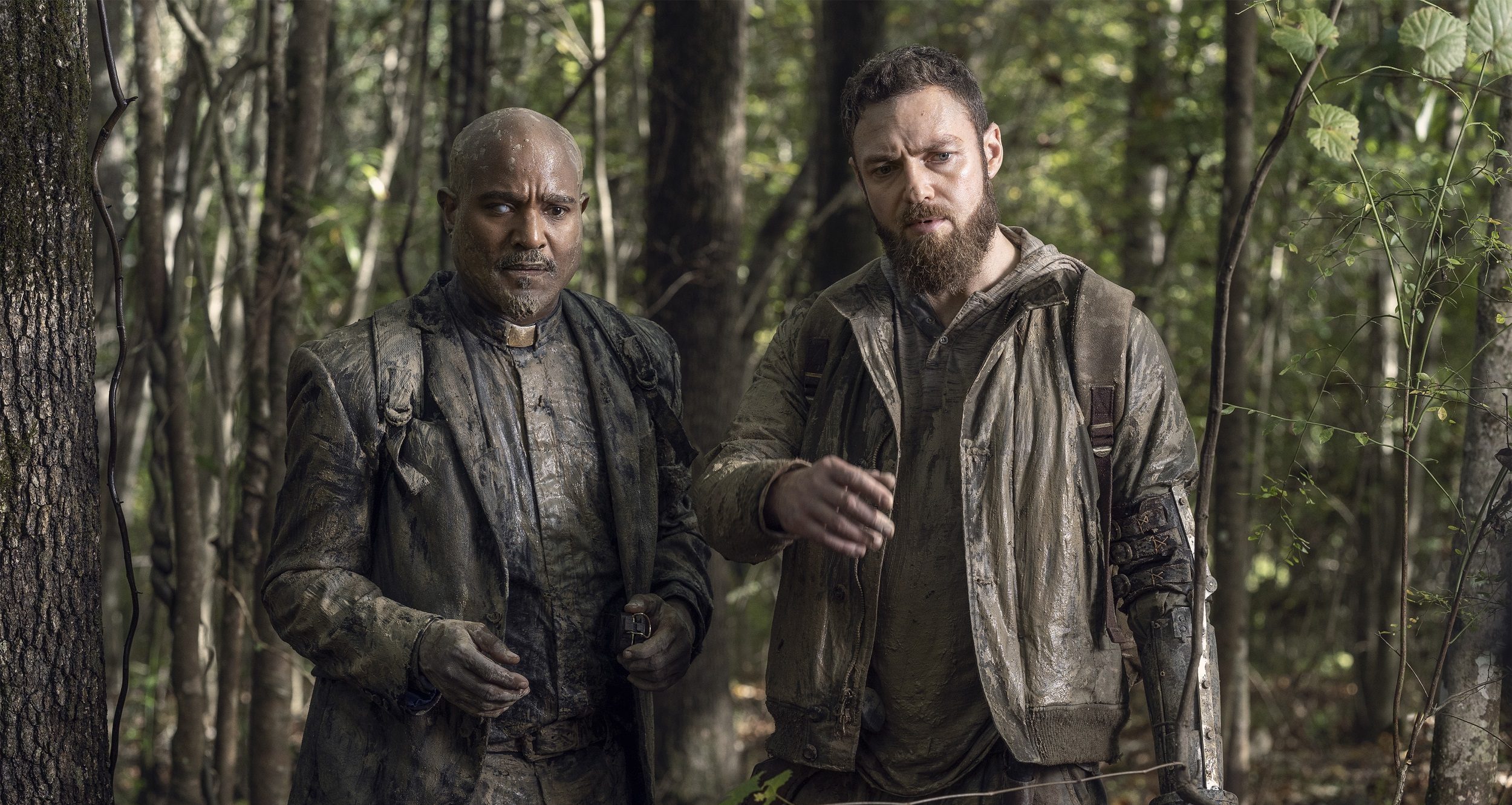 ‘The Walking Dead’ season 10 episode 19 is a stellar hour of the popular zombie-survival TV show which returns the show to its roots. It is filled with plenty of intense character drama, loads of dangers, and an encounter with a previously unseen threat. In the episode, Gabriel and Aaron’s search for supplies sets them up against a massive challenge that threatens to break their faith. But before we provide details on the biggest highlights of this week’s episode in the recap section, let’s take a look at what we can expect from ‘The Walking Dead’ season 10 episode 20.

Where To Stream The Walking Dead Season 10 Episode 20 Online?

If you are accustomed to watching the show on your TV, you can catch ‘The Walking Dead’ season 10 episode 20 simply by switching to AMC at the aforementioned date and time. The ones without that option can choose to stream the new episode on AMC’s official website or the AMC app. Folks without a subscription to the network have the option to stream the latest episode on live TV streaming services such as Philo TV, YouTube TV, DirecTV, and Sling TV. You can also choose to purchase the latest episode as video-on-demand on Amazon Prime, iTunes, and Apple TV.

The twentieth episode of ‘The Walking Dead’ season 10, titled ‘Splinter,’ will shift the focus away from Aaron and Gabriel to a different group of characters, the ones involved in the massive cliff-hanger at the end of episode 16, which was initially supposed to be the season finale. The episode will focus on Eugene’s group, who are captured by the soldiers of Commonwealth at the end of that episode. ‘Splinter’ will most certainly shed some light on the fate of Eugene’s group and perhaps give us some details about this mysterious army.

Here is the official synopsis, as outlined by AMC – “Eugene, Ezekiel, Yumiko, and Princess are captured and separated by the mysterious troopers that surrounded them at the rail yard. Claustrophobic with mounting anxiety, Princess struggles with memories of her traumatic past, and plans to escape.” Check out the teaser for the upcoming episode below:

The nineteenth episode of ‘The Walking Dead’ season 10, titled ‘One More,’ focuses on Gabriel and Aaron as they search for food and other supplies. Maggie has mapped out certain hotspots that might help the duo discover food supplies that Alexandria desperately needs. Venturing further away from Alexandria, they come across many dead bodies and eventually stumble across a bottle of whisky and a dead boar but no other useful supplies.

They get drunk and discuss the melancholy state of the world they live in. Gabriel states that evil people are no longer the exception but the rule. Gabriel loses his map after falling in a mud pit, and heavy rains clear out the possibility of turning back. Forced to move forward, the two visit an unmarked location and are quickly captured by the inhabitant, Mays.

Mays reveals his tragic yet monstrous backstory of killing his twin brother’s family after his brother tried to kill him and steal his food. Mays forces Gabriel and Aaron to play a twisted game of Russian roulette since he finds their optimism irksome and wants to break it. With each turn, they both have an option to point the gun at themselves or the other person. After a few rounds of the deranged game, Mays notes a distinct click in the gun as the bullet loads in the firing chamber. Staring at the possibility of death, Aaron still chooses to point the gun at himself, and Gabriel tries to convince Mays to believe in their ideology and community.

Mays eventually stops Aaron at the last moment as he is about to shoot himself in the head and sets them free. Gabriel swoops in at the opportunity and uses Aaron’s metallic arm to smash Mays to his death. In Mays’ attic, they find his twin tied up and the rotting bodies of his family. They untie him, and he proceeds to grab the gun and kills himself out of guilt for his family’s death. The episode ends with Aaron and Gabriel deciding to continue their search for food and supplies.