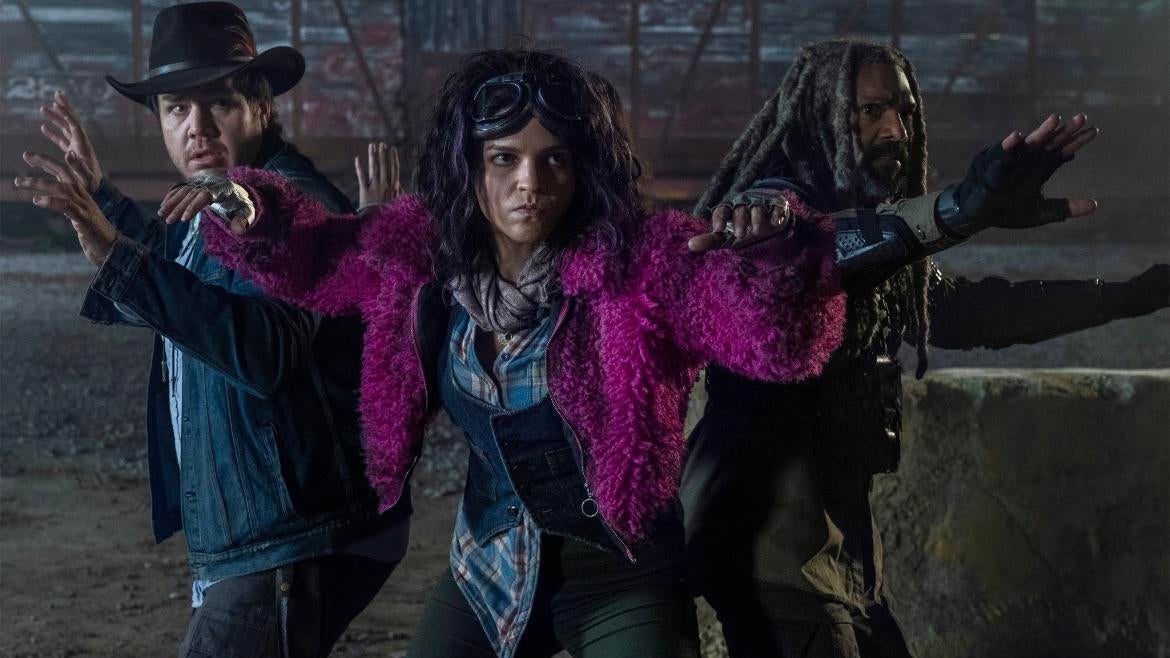 ‘The Walking Dead’ season 10 episode 20 continues the trend of more character-focused episodes, consistent with the extra batch of episodes added to the season we’ve seen so far. This week’s episode follows Eugene’s group and reveals their fate after the armored soldiers of the Commonwealth seemingly capture them at the end of episode 16. It also details the tragic backstory of Princess. But, before we detail the biggest highlights of the latest episode in the recap, let’s take a look at what’s in store for ‘The Walking Dead’ season 10 Episode 21.

Where To Stream The Walking Dead Season 10 Episode 21 Online?

To watch ‘The Walking Dead’ season 10 episode 21 on your TV screens, you can tune into AMC at the aforementioned date and time. If that’s not an option, you can choose to stream the new episode on AMC’s official website or the AMC app. Folks without a subscription to the cable network can live stream the latest episode on live TV streaming services such as Philo TV, YouTube TV, DirecTV, and Sling TV. Additionally, the latest episode can be purchased as video-on-demand on Amazon Prime, iTunes, and Apple TV.

The twenty-first episode of ‘The Walking Dead’ season 10, titled ‘Diverged,’ is shaping up to be a big one with major ramifications for the show going forward. It will be the penultimate episode of the season and focus on Daryl and Carol.  At the end of episode 18, the tension between the two friends was high, and they had a big argument with Daryl affirming he won’t stop Carol from running away this time. The episode will deal with the schism caused by this argument, and all signs point to Daryl and Carol parting ways. It is likely that if the two do part ways, Carol will return to Alexandria while Daryl will continue the search for food. Check out the teaser for the upcoming episode below:

In the twentieth episode of ‘The Walking Dead’ season 10, Princess, Eugene, Ezekiel, and Yumiko are captured by the masked soldiers in a very Stormtrooper-like fashion and locked up in individual train compartments. We learn more about Princess, and the episode is largely centered on the character who has so far polarized the fans’ opinions. Inside the dark train carriage, she seems to be having a panic attack and tries to calm herself down. She finds out that Yumiko, suffering from a severe head injury, is in the next compartment. Yumiko calms down Princess and asks her to tell a story. Princess reveals details about her childhood, but before she can finish her story, the soldiers haul away Yumiko, and Princess has another panic attack episode.

She is able to sneak out to meet Eugene, who tells her to go back to her compartment. Later, when Princess is taken for an interrogation session, she refuses to reveal any information to the guards’ boss. Back in her compartment, Ezekiel tells her they must escape as soon as possible. Princess refuses to leave without Yumiko. They are ambushed by a sole gun-wielding guard who Eugene beats up for information about Yumiko. The guard claims they are not bad people and only want to help. Princess realizes that her interactions with Eugene, Ezekiel, and Yumiko were manifestations of her unstable mental health, and she is the one beating the guard.

She takes the guard’s gun and tries to escape, encouraged by the vision of Eugene. She quickly changes her mind after remembering that her friends came back for her and she must save them. She goes back and agrees to answer the Boss’s questions if she is allowed to see her friends. She reveals information about where the group is coming from and their names. The Boss directs her to a door behind which Eugene, Ezekiel, and Yumiko are on their knees with black bags over their heads. The episode ends with Princess’s face also being covered with a black bag.