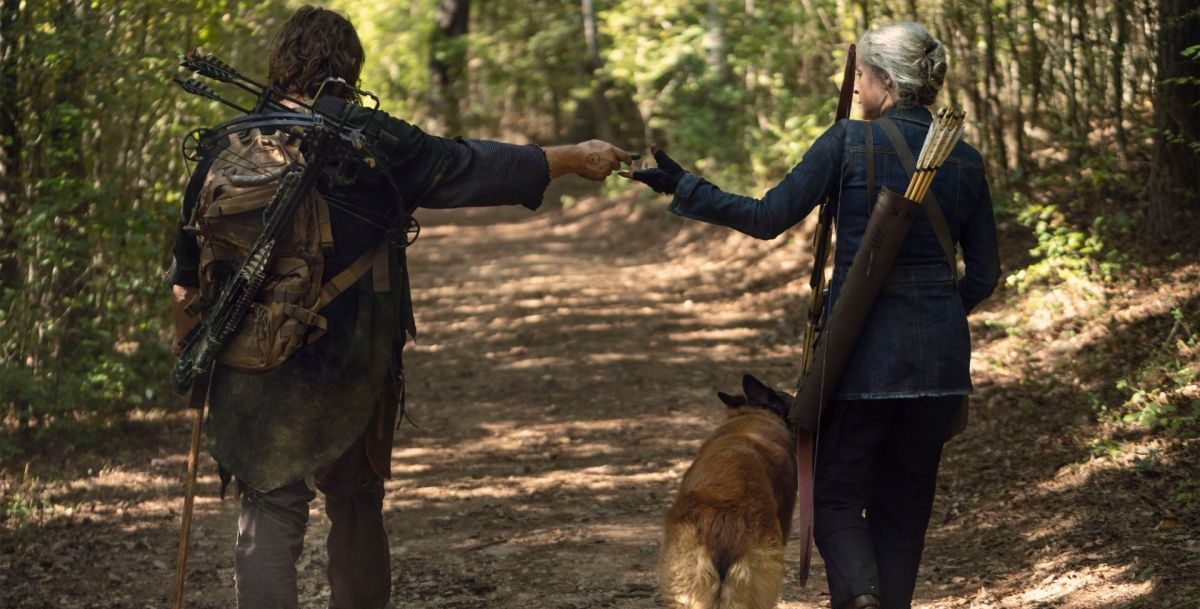 ‘The Walking Dead’ season 10 episode 21 is a decisive hour of the popular zombie-survival show and building-up steam for the season finale. It is the former promise that the episode delivers on with fans once again getting a deep dive into Carol and Daryl’s friendship but remain frustrated with the hit and miss nature of the show’s character-centric episodes. Before we detail the biggest highlights of the latest episode in the recap section, let’s take a look at what’s in store for the twenty-second and final episode of ‘The Walking Dead’ season 10.

Where To Stream The Walking Dead Season 10 Finale Online?

To watch ‘The Walking Dead’ season 10 episode 22 on your TV screens, you can simply switch to AMC at the date and time mentioned above. Alternatively, you can choose to stream the new episode on AMC’s official website or the AMC app. Folks without a subscription to the cable can live stream the latest episode on live TV streaming services such as Philo TV, YouTube TV, DirecTV, and Sling TV. Additionally, the latest episode can be purchased as video-on-demand on Amazon Prime, iTunes, and Apple TV.

‘The Walking Dead’ season 10 finale, titled ‘Here’s Negan,’ should stir things up a bit as it will see the return of Jeffrey Dean Morgan’s Negan. You can always expect some surprises when he shows up. Maggie will also return to Alexandria, and there will surely be tension with her and Negan under the same roof. It also remains to be seen if and how Daryl decides to forgive Carol. He could potentially find out that Connie is still alive, prompting him to forgive Carol. Lastly, the group will have to decide whether to trust Negan or not going forward. Check out the promo for the episode below.

Over the course of the last five weeks, fans have shared intimate moments with some of their favorite characters, getting a good feel of their emotional space ahead of the season 10 finale that will most certainly set up the eleventh and final season. It should suffice to say that Carol isn’t one of the most popular characters on the show, and pairing her up with Daryl is the only reason fans care about her storyline. Therefore, the twenty-first episode of ‘The Walking Dead’ season 10, titled ‘Diverged,’ is somewhat an anomaly compared to the previous character-centric episodes. Instead of focusing on Daryl and Carol, it focuses on their relationship by separating them and fine threading their impact on each other’s life.

As fans are already aware, Daryl blames Carol’s thirst for revenge against Alpha for Connie’s apparent death. They have a bust-up and contemplate going separate ways. In ‘Diverged,’ the best friends do part ways after Daryl fails to deliver an apology Carol feels she deserves after the things he said to her. Carol returns to Alexandria with Dog while Daryl continues his search for supplies. Back at the house in Alexandria, Carol keeps herself busy with a task assigned by Jerry – to cook food. She also takes up a side quest of hunting down a rat that Dog has been chasing around. Back in the woods, Daryl’s motorcycle breaks down.

After a failed attempt at cooking stew from the supplies she gathered on her hunting trip, Carol gathers some new supplies and leaves the soup to cook. She then prepares a makeshift mousetrap with Daryl’s knife, which he gave her before parting ways. With her mind preoccupied with her quarrel with Daryl, she succeeds at neither task fully. She does manage to clear her head a little after a confrontation with a group of walkers and brutally kills them. Meanwhile, Daryl struggles to repair his motorcycle without the small knife he gave to Carol. He comes across a group of military-clothed walkers and kills one of them. With the help of the supplies he obtains from the walker, he fixes his bike.

Frustrated at her failure to catch the rat, Carol demolishes a wall behind which the rat is supposedly hiding. However, the rat isn’t there, and a teary-eyed Carol admits to Jerry she needs to fix what she broke, hinting at her fractured friendship with Daryl. While she is fixing the wall, Daryl returns. The two friends are relieved to see each other and share an awkward conversation as Carol tries to return his knife. Daryl insists she keep it. You could literally cut the tension between the two with a knife in this scene (kudos to the writers for the motifs in this episode). The episode ends with Daryl taking Dog for a walk.