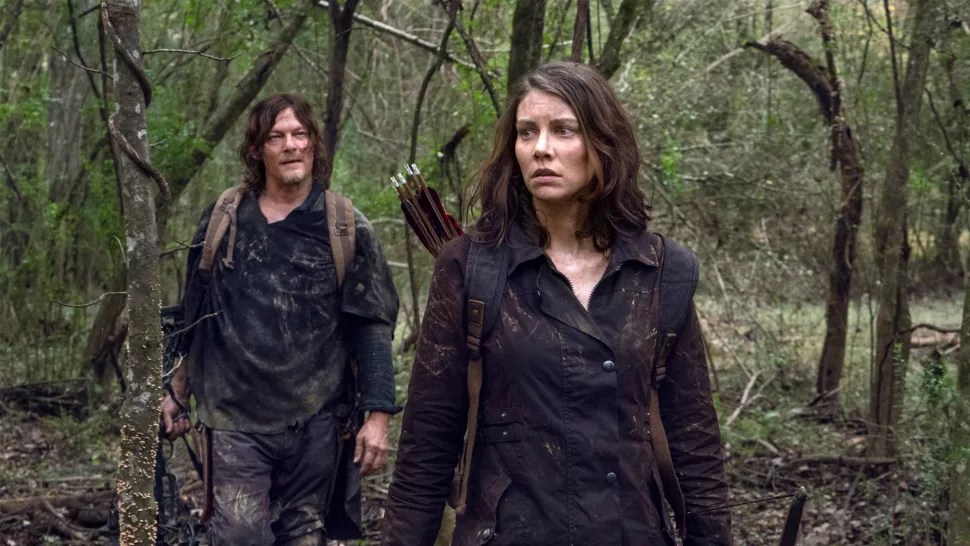 In the midseason finale of ‘The Walking Dead‘ season 11, we get to witness a surprising yet suspenseful turn of events. Daryl’s undercover mission with the Reapers finally concludes in a dramatic way, while Negan, Elijah, Maggie, and Father Gabriel do their best to try and finish the Reapers for good. Also, Alexandria sees a tumultuous storm, which leaves almost every character in unexpected danger.

All in all, the episode is emotional and action-packed, but it leaves the audience in suspense and excitement for the next part of the season. You can head straight to the recap section to know more about the episode. If you don’t need a refresher and are looking forward to what’s to come, the wait is almost over as the ninth episode of season 11 is just around the corner. Let’s take a look at the details regarding the upcoming episode!

‘The Walking Dead’ season 11 episode 9 will premiere on February 20, 2022, at 9 pm ET, on AMC. If you wish to watch the upcoming episode a week earlier than most of the fans and avoid any sort of spoilers, you can watch it on AMC+, which is already streaming episode 9 since February 13, 2022.

The final season of this long-running zombie drama consists of 24 episodes, split into three 8-episode installments. The episodes of the second part of the season will be released every Sunday until April 10, 2022, and are expected to have a runtime of 40-70 minutes.

Where to Watch The Walking Dead Season 11 Episode 9 Online?

Thanks to the popularity and high demand of ‘The Walking Dead’, there are more than just a couple of ways to watch the latest episodes. In case you’re a cable user, you can watch ‘The Walking Dead’ season 11 episode 9 on AMC at the aforementioned date and time. You also have the option of live-streaming the episode on AMC’s official website or the AMC app. If you are a subscriber of AMC+, you can stream the latest episode a week earlier.

If you don’t own a cable subscription, you can catch the latest episodes on live TV streaming platforms such as Spectrum, Apple TV, Xfinity, DirecTV, YouTube TV, Fubo TV, and Sling TV. You can also purchase or rent episode 9 on VOD platforms such as Vudu, Google Play, iTunes, and Microsoft Store. Moreover, you also have the option to stream the latest episodes on Amazon Prime Video by adding AMC+ to your current package or buying it on-demand.

‘The Walking Dead’ season 11 episode 9 is titled ‘No Other Way.’ The upcoming episode will pick up right from the ending of the last episode. Episode 8 showcases the brewing of an intense and dangerous storm in Alexandria, so there will be a lot more shown related to that particular situation. The cliffhangers that the fans were left with at the end of the previous part of the season, involving Aaron, Carol, Connie, Gracie, and Judith, will also be made clear.

Furthermore, Maggie is expected to be working closely with Negan, with whom she understandably doesn’t get along particularly well. In episode 9, fans will find the answers regarding the fate of Lydia too. Now, you are left free to speculate your own theories about what the next episode holds by watching the promo!

The eighth episode of ‘The Walking Dead’ season 11 is titled ‘For Blood.’ It starts off with the Pope sending one of his men to deviate the walkers away from Meridian. While undercover, Daryl is also able to sneak in Father Gabriel and Maggie after killing a Reaper. After Maggie manages to hotwire a truck and drive it inside Meridian, the invasion of the walkers is made possible. Due to the intense storm in Alexandria, lightning strikes the windmill, and a significant piece of the wall gets damaged.

Elsewhere, as the Pope gets ready to unleash the hwacha, Daryl waits for the right moment to draw out his knives and prevent him from doing so. However, it is Leah who makes the killing blow to everyone’s surprise! To the dismay of Daryl, she decides to stay and puts the blame on him for killing the Pope. The episode ends with Leah lighting the hwacha that is aimed at Daryl, Negan, and Maggie.

Read more: Where Was The Walking Dead Season 11 Filmed?