When Does The Wall Season 3 Episode 11 Release? 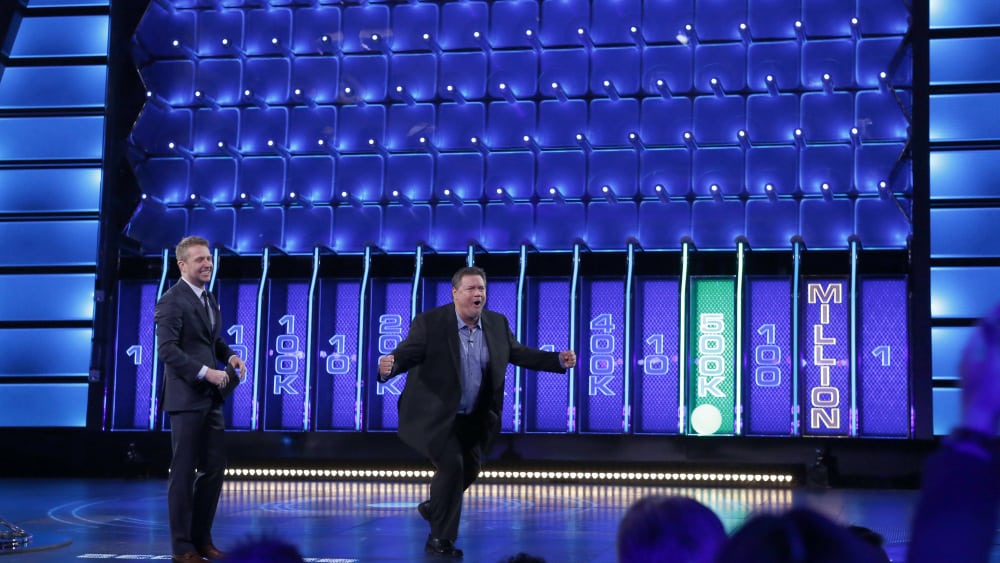 ‘The Wall’ is a game show that combines knowledge and luck. It features a two-person team, related by family, friendship or life experiences in each episode competing for a cash prize. The wall itself is a 40ft pegboard. Balls are dropped from the top of the wall and the pit in which the ball falls decides the amount of money to be added or reduced from the total prize earned till then, depending on the color of the ball, which can be either green or red. The maximum prize in the game is a little more than $12 million.

The show has been developed by Andrew Glassman, LeBron James, and Maverick Carter. It airs on NBC and first premiered on December 19, 2016. Within a few years, it has amassed a large fan following, and after being renewed for a third edition, it returned to the network in March 2020. Read on to know when the current season’s next episode will land on NBC.

The Wall Season 3 Episode 11 Release Date: When Will it Premiere?

Who is The Host of The Wall?

Hardwick might be familiar to those who are fans of talk shows since he has several to his name. Some of the notable ones are ‘Talking with Chris Hardwick’, though more people might recognize him from ‘Talking Dead’, the hourly aftershow dedicated to ‘The Walking Dead‘ and ‘Fear the Walking Dead‘ that AMC airs.

Hardwick also hosted such after-shows for ‘Breaking Bad‘ and had started to do so for ‘Better Call Saul‘ as well. The former is called ‘Talking Bad’ while the latter is ‘Talking Saul’. However, the popular host came under fire when there were allegations of sexual and emotional abuse made against him by Chloe Dykstra, his ex-girlfriend. Though, after investigation, he was cleared and he made a return to all his gigs, including ‘The Wall’.

What is The Wall About?

The show is divided into three rounds. The first round is called ‘Free Fall’, in which three balls are dropped from the top of the wall and the team has to answer the question before the balls fall in a money slot. The ball turns green or red depending on whether the answer given by the team is correct or not. If the ball is green the total amount of the three money slots in which the balls fall is added to the prize money and is deducted from the prize money if the ball turns red. A total of five questions are asked in this round and the maximum prize money is $350,000.

The contestants are separated for the next two rounds, with one of them sitting in isolation and answering the questions and the other one deciding the point on the wall from where the ball will be dropped down the wall. The contestant in isolation has no idea whether the answers given by him are correct or not. For every correct answer, a green ball is dropped down the wall and a red ball is dropped for a wrong answer. The maximum prize money for rounds 2 and 3 are $1,999,999 and $9,999,999 respectively. Each round has three questions with three and four options respectively.

The Vulture categorized this show as the most American game show ever, saying, “In many ways, The Wall embodies values that are distinctly red, white, and blue. It attempts to sell us something new, even though its concept is really based on old ideas that someone put in a blender and mixed up just enough so they would seem fresh, which is the same guiding principle that has kept American capitalism running for decades.”

‘The Wall’ sticks to the same format in season 3 as well, and Paul Telegdy, the President of Alternative & Reality Group at NBC Entertainment said, “Not only is The Wall intense, heartwarming and funny but if the ball drops into a high-dollar slot, an entire family’s fortune can be completely changed for the better. Huge congratulations to Universal Television Alternative Studio, Glassman Media, and SpringHill Entertainment for producing a series that is not only compelling television but has the potential to be life-changing for our contestants.”