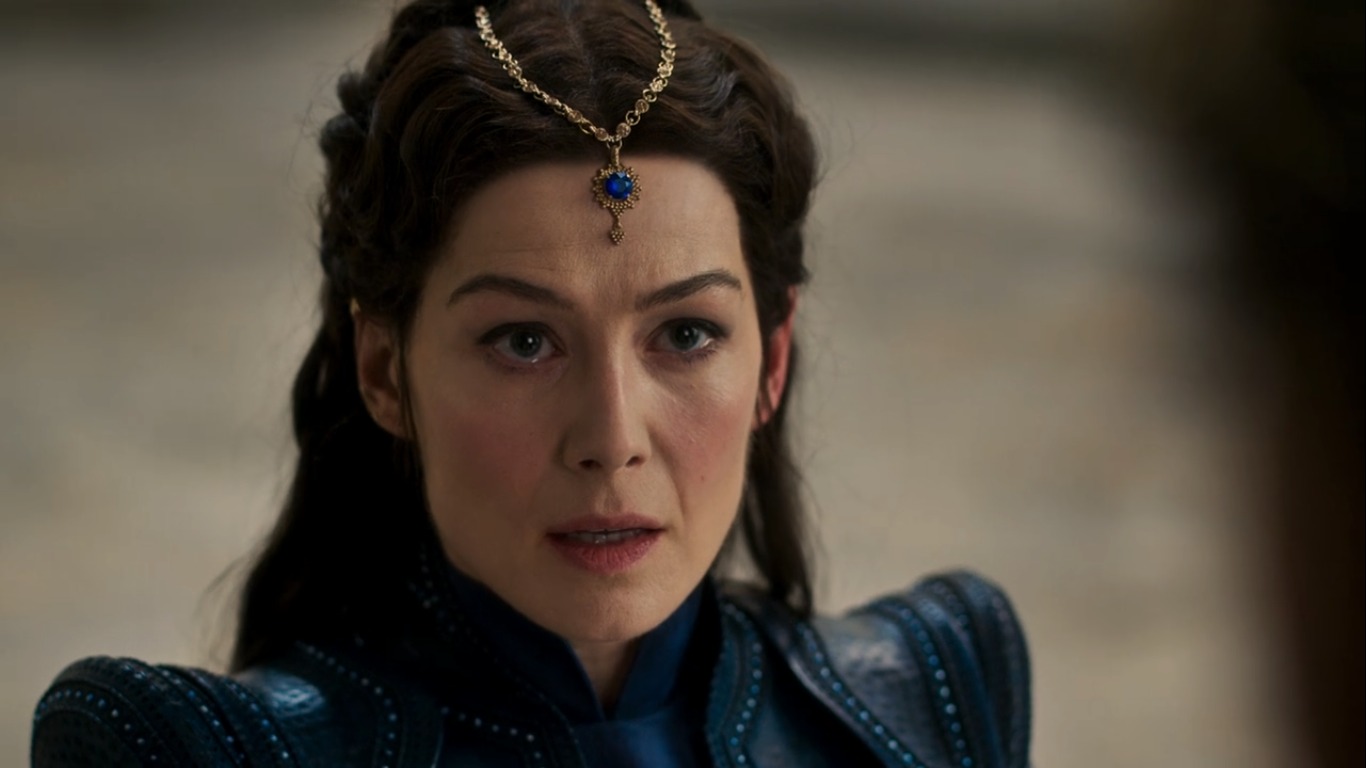 Episode 7 sets things up for an epic finale as Moiraine and Rand head to the Eye of the World. Last seen entering the deadly thicket of the Blight, the Aes Sedai and her young protégé are on their way to confront the Dark One. Lan and the others are left surprised by the swift departure, and both Egwene and Nynaeve are beginning to show signs of burgeoning powers.

Meanwhile, Mat’s solo journey continues after he decides not to follow his companions into the Ways. He believes it to be safer to remain in the city of Tar Valon but doesn’t know that Moiraine has sent word to the Red Ajah of the Aes Sedai about his whereabouts. The decisive season finale promises to be an intriguing one, so let’s take a look at everything we know about ‘The Wheel of Time’ episode 8.

‘The Wheel of Time’ episode 8, the season finale, is set to premiere on December 24, 2021, at 12 am ET on Amazon Prime. The first three episodes were released simultaneously on November 19, 2021, and subsequent episodes of the epic fantasy series premiered every Friday.

Where To Stream The Wheel of Time Episode 8 Online?

‘The Wheel of Time’ episode 8 will be available exclusively on Amazon Prime. All-new episodes, as well as previously released episodes, are available on the streaming service.

The Wheel of Time Episode 8 Spoilers

Episode 8 is titled ‘The Eye of the World’ and will see Moiraine and Rand make their way through the Blight and into the Eye of the World. We’ve only got a clue about it so far, but Rand could be confirmed as the Dragon Reborn, which will make for some spectacular visuals of magical powers. Considering it is the season finale and Moiraine is heading into the ominous region where the Dark One is imprisoned, the upcoming episode promises to be an explosive one.

It is going to be interesting to see if Egwene, Nynaeve, Perrin, and Lan decide to follow their companions to their deadly destination or not. After deciding not to follow Moiraine, Mat’s solo adventure will continue, and the Red Ajah could end up capturing him. Many secrets about the magical powers of the four youths are also to be revealed, and the upcoming season finale could see them displaying the first few signs of their awesome capabilities.