The White Lotus Episode 2: What to Expect? 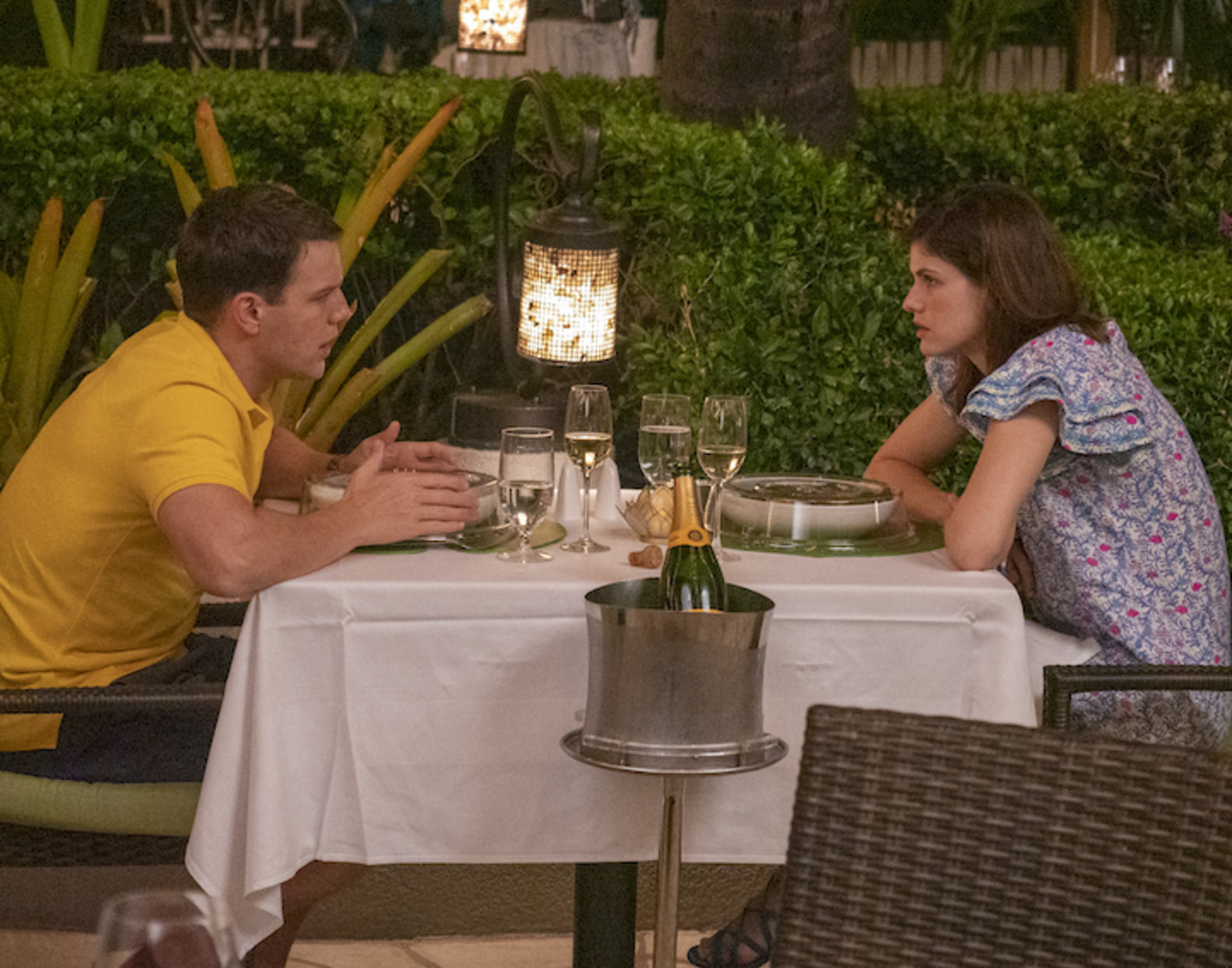 Created by Mike White (‘Enlightened), ‘The White Lotus’ is a dark comedy TV series that revolves around a group of wealthy vacationers and the staffers that attend them at the eponymous hotel. In a flashforward scene, the audience is told that a murder is set to occur within a week of the arrival of the guests at the resort, adding a layer of mystery to this biting satire on classism and privilege.

In episode 1, the guests arrive at the Hawaii resort. Shane and Rachel have recently married after only a few months of dating, and the latter seems to have some doubts about it. Shane doesn’t realize that his wife is in a dilemma about their marriage and instead focuses on confronting the manager, Armond, for giving them the wrong room.

Meanwhile, Mark and Nicole have been married for so long that one’s deepest concerns don’t seem to bother the other. They are at the resort with their daughter Olivia, son Quinn, and Olivia’s friend Paula. Believing that he has testicular cancer, Mark tries to reconnect with his son. Then there is Tanya, who is at the White Lotus to immerse her mother’s ashes into the ocean. If you are wondering what is in store for you in the next episode, this is what we know.

‘The White Lotus’ episode 2 is set to release on July 18, 2021, at 9 pm ET on HBO. The episodes will simultaneously be made available on HBO Latino and HBO Max and On-Demand a day later, on July 19. The limited series comprises 6 episodes of 54-minutes runtime each.

Where to Stream the White Lotus Episode 2 Online?

As mentioned above, ‘The White Lotus’ season 1 episode 2 is slated to premiere on HBO and HBO Max. Viewers can catch the episode here and Spectrum on the same day. Canadian viewers can watch the episode with a subscription to the OTT platform Crave on the same day it airs in the US. The episode will be available for Binge subscribers in Australia on July 19. If you have an HBO add-on, you can also catch the show on Amazon Prime and here.

In episode 2, titled ‘A New Day,’ Tanya’s sense of attachment and attraction toward Belinda might grow further, prompting the latter to reciprocate to some degree. However, Belinda will likely keep in mind that Tanya is a guest at the hotel she works for, so she will probably proceed with caution. Meanwhile, Rachel’s doubts about her marriage will continue to persist as Shane keeps his antagonistic relationship with Armond going. This might prompt Rachel to ask Nicole for advice.

Paula and Olivia’s friendship might encounter some issues with the former now dating a staffer. They might end up losing their stash of drugs, which Armond will probably find and then proceed to use them. Mark might receive some positive news from his doctor and decide to reach out to his son earnestly.