When Will The Who Was? Show Season 2 Premiere on Netflix? 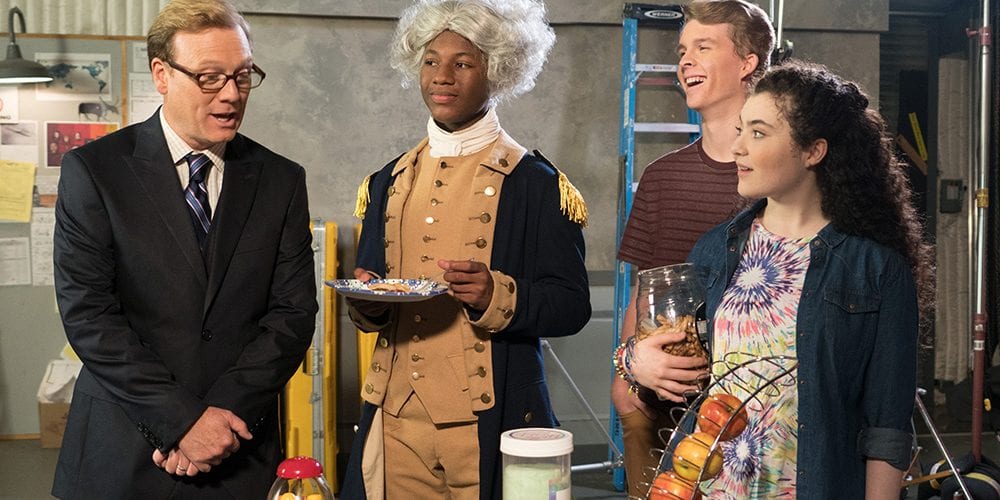 The Who Was? Show is a sketch comedy directed by Dan Beers. The show premiered on May 11, 2018, on Netflix and is based on the book series for children ‘Who Was?’ that was published by Grosset & Dunlap in 2002.

Netflix is one of the biggest content providers in the world right now. With its content library expanding every week, people expect something different to binge-watch every time. To keep up with their expectations and the increasing competition, Netflix is known to bring highly engaging series with totally unique story-lines. The Who Was? Show is one such example of the same.

The entertainment industry is filled with reality shows that are completely drama-packed in all sense. Over the years, the formula to bring actors and contestants under one roof to bring out raw emotions has worked incredibly. There have also been shows with celebrity hosts interacting with the common people, which the viewers find very relatable and convincing. On the other hand, reality documentaries have seen a transformation of its own. From being only educational and fact-based to becoming highly graphical and impacting, the genre has evolved over the years as per the evolving target audience.

The Who Was? Show is quite different from the rest of the reality series we have seen so far, as it does not typically belong to any one particular category. It is informative for sure, but its style to present the information is not very common. The series is based on the format of sketch comedy but is also a history program. Now, we can already see the two contradictions here, ‘history’ and ‘comedy’ together in one sentence.

Andrew “Andy” Daly plays the self-absorbed CEO of the show, Ron. Andy Daly is a renowned actor, writer, and comedian, and in all honesty, the face of the series. He is well known for his role as Forest MacNeil in Comedy Central’s ‘Review’. He has also worked in other high-profile shows like ‘Modern Family’, ‘Black-ish’, ‘Bob’s Burgers’, ‘Adventure Time’ and ‘Silicon Valley’. He is an extremely talented stand-up comedian and has done a marvelous job in the show as well. If and when the season renews, Andy Daly will be the most anticipated name among the cast.

John Hodgman played the character of The Explanationator, an animated superhero, and H. John Benjamin was the narrator. Wrapping up, the recurring cast members include Brian McCann as Monsieur Tidbit, an animated dog and Princess Tutbits, and animated Egyptian Sphinx.

The Who Was? Show Plot: What is it about?

According to the general assumptions, history shows cannot be funny. They can be informative, suspenseful, dramatic or simply boring. The Who Was? Show changes this notion in an extremely subtle and innovative way. Though, the book series ‘Who Was?’ was meant for children, that’s not the case with the show. The historical figures and their history featured in the show do not compromise on the education bit but at the same time, reduce the complexity and make it easily understandable and enjoyable for any group of viewers.

The concept of the show is fairly simple. The historical vignettes feature two renowned figures from the history, played by the talented cast members. The show enacts their chronicles in a humorous but authentic way. The series is based on a self-conscious format, which adds even more to the hilarity of the premise. Apart from the satire and smart one-liners, the audience can witness history in a very light-hearted manner.

In The Who Was? Show season 1, the historical characters that came together for every episode, did not necessarily have any direct connection in reality. For example, Mahatma Gandhi shared the screen with Benjamin Franklin while Julius Caesar was seen fighting Bruce Lee.

For The Who Was? Show season 2, we are sure to see some more prominent figures from the history and even more such random yet interesting duos.

The Who Was? Show Season 2 Release Date: When will it premiere?

There is no information about the show’s renewal yet, but looking at the positive response from the audience of all age groups, we can hope to see The Who Was? Show season 2 release sometime in 2020.

The Who Was? Show Trailer

There has been no official announcement for the new season so, there is no official trailer available as of now. But, if you haven’t watched The Who Was? Show season 1 yet, catch the trailer below –