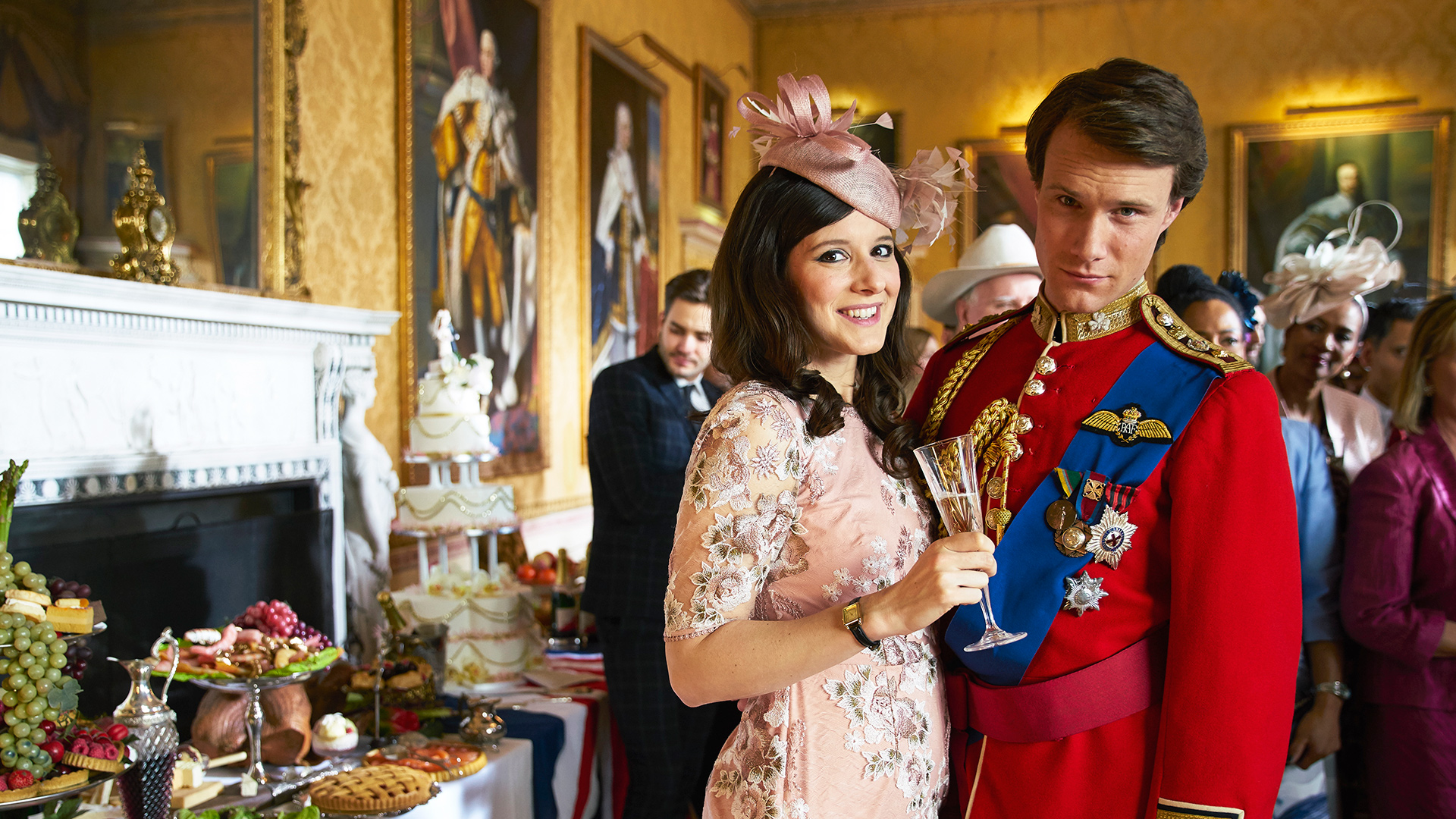 A parody sitcom on the British royal family, the House of Windsor, ‘The Windsors’ first aired on Channel  4 in April 2016. The show was written by Bert Tyler-Moore and George Jeffrie who were also the co-creators for ‘Star Stories’. The series takes a comedic approach towards the British Royal Family in the form of a soap opera. It brings the members of the family close to the ordinary people and tries to conjecture how the lives of the Royal members must be like.

The series has had a polarizing effect as it has been criticized by many for showing Kate Middleton catching the ebola flu and also for showing Princesses Eugene and Beatrice taking to radical politics. The Daily Telegraph in its review of the show said, “The Windsors was rude, crude and a real blast of punk comedy”; while The Guardian said, “High-brow humour this is not. But, despite a number of cast and crew comparing the show to Spitting Image, The Windsors doesn’t feel like satire: more of a comic drama that makes the odd comment about monarchy.”

The Windsors Cast: Who is in it?

In the show, Harry Enfield portrays the character of Charles, Prince of Wales, the heir apparent to the throne. Hugh Skinner plays Wills, or Prince William, Duke of Cambridge. Haydn Gwynne — who won the BAFTA TV in 1992 for her performance in the comedy series ‘Drop the Dead Donkey’ — plays Camilla, Duchess of Cornwall. Louise Ford portrays Kate or Catherine, Duchess of Cambridge. Louise Ford has also starred in shows like ‘Crashing’ and ‘Horrible Histories’. Prince Harry is portrayed by Richard Goulding. Matthew Cottle plays Prince Edward, Lucy Montgomery dons the role of Elizabeth I, Paul Whitehouse plays George III, the legendary King Arthur is played by Tim Fitzhigham, Kathryn Drysdale is cast as Meghan Markle and Gillian Bevan portrays Theresa May.

The Windsors Plot: What is it about?

In a statement made by Channel 4 about the show, they said, “The series is a wry take on what the soap opera of their lives (and loves) might just be like. Delving behind the Headlines and gossip columns, The Windsors lets our imaginations run riot in this ludicrous parody. Imagine, who really controls the scepter in Charles and Camilla’s marriage? What do the Royals really think of Kate? Does Wills really want to be King? Will Harry ever take Pippa up the aisle or will they end on a bum note? And what do Beatrice and Eugenie actually do for a living?”

‘The Windsors’ is a retelling of the story of the Royal family, but in the form of a soap opera, real stories are brought to life through the lens of fiction. Camilla, Duchess of Cornwall, fears the public are hostile towards her as they see her to be the usurper of Diana, Princess of Wales, and as a means of redemption, she wants to be the Queen. Such is the state of affairs in the fictional world of the series. Pippa Middleton or Philippa Charlotte Middleton is passive-aggressive and jealous of her older sister. Morgana Robinson, who plays Pippa, says, “I honed my Pippa skills through the medium of boarding school, I channeled all the girls I went to school with and basically put them all into one character. There is only one interview I’ve seen and she is very nervous – so much lovelier and very sweet compared to my version of her.”

The Queen and Prince Phillip seldom appear in the show but their names are often mentioned by other characters. In the show, Kate Middleton is someone who doesn’t fit into the royal mold at all; she is a sort of hobo, a gypsy traveler, but wants to be a part of the royal household. While Prince William is the most normal person in the show, Prince Harry is a party animal, is illiterate and is sexually attracted to Pippa’s posterior. Prince Charles loves his Duchy Original biscuits, while Edward has taken to alcohol. Princess Beatrice and Eugenie of York have nothing to do in their lives until they decide to turn to radical politics. Such is the nature of ‘The Windsors’, a kind of comedic celebrations of the monarchy.

Phil Clarke, the head of Channel 4, said, “In The Windsors, our much-loved Royal family is reimagined through the lens of a soap opera, and although the stories are completely fictional, some are inspired by real events. As a result, writers Bert and George have outdone even the funniest, most ludicrous issue of Hello! magazine ever.”

The Windsors Season 3 Release Date: When will it premiere?

‘The Windsors’ Season 2 premiered on July 5, 2017, and the last episode concluded on August 16, 2017. There was a one-episode ‘Royal Wedding Special’ that was aired on May 15, 2018. There is cause for joy for the fans as Channel 4 has officially confirmed they are going to come up with a Season 3 of ‘The Windsors’. John Petrie who is the commissioning editor has said: “We’re very excited to announce that ‘The Windsors’ is coming back for a third series. You never really hear anyone talk about the Royal Family these days, so hopefully, this show can help to change that…”

News is that ‘The Windsors’ Season 3 is going to release on Channel 4 sometime later in 2019. Be assured that we will keep you updated as soon as further developments are revealed.

Though ‘The Windsors’ Season 3 has been officially confirmed, there is no trailer out yet. But you can check out the Season 1 trailer below to refresh your memories: