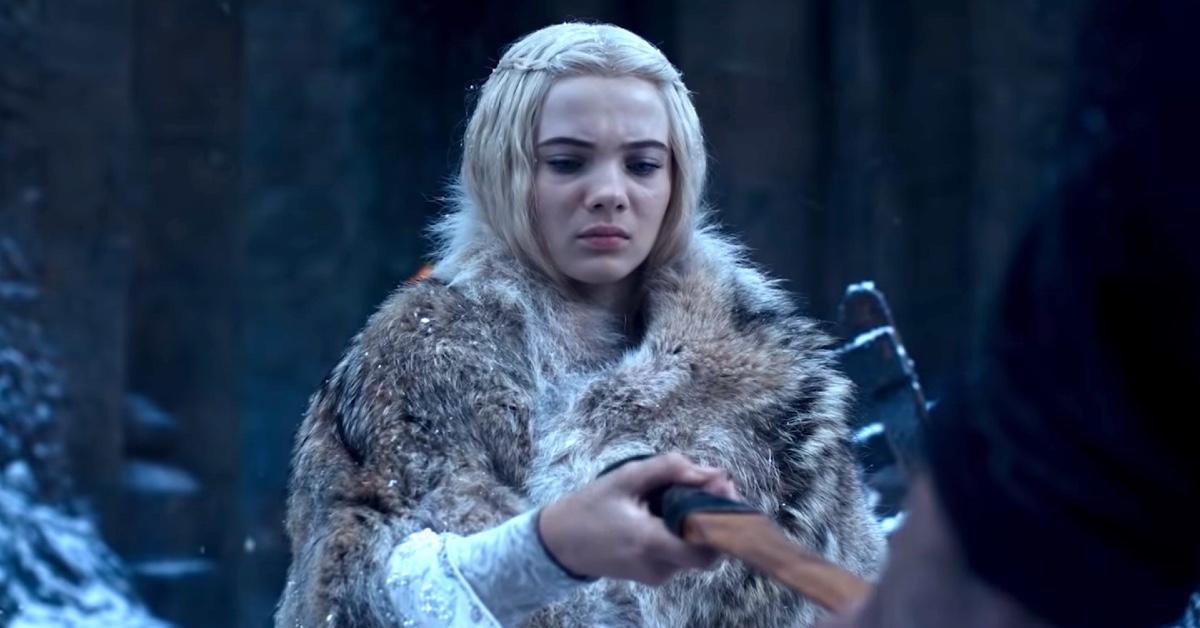 With a timeline that spans over centuries, Netflix’s fantasy series ‘The Witcher’ is a blockbuster that integrates Slavic mythology and folklore with the attributes of American TV fantasy. Based on the eponymous book series by Polish writer Andrzej Sapkowski, ‘The Witcher’ explores the destiny of Geralt of Rivia, the stupendous monster-hunter. His fate is intertwined with the life and survival of Cirilla (AKA Ciri), the crown princess of Cintra. Created by Lauren Schmidt Hissrich, the show progresses through Geralt’s attempts to safeguard Cirilla from the impending threats in her way.

After its original premiere in December 2019, the show garnered a humongous viewership, recording a whopping 76 million viewers within a month. Even though the critical consensus ranged from positive to average, the audience welcomed the show’s ambitious narrative, ensemble cast, and appealing production design. The first season ends with a brilliant showdown that merges the pathways of Geralt and Ciri, setting the stage for the second installment. As the new season is finally on the horizon, here’s everything we know about ‘The Witcher’ season 2!

On November 13, 2019, Netflix announced the renewal of ‘The Witcher’ for a second season, even before the show debuted. Netflix’s ambitious leap to renew the show was justified by the audience reaction received by season 1. As fans are eagerly waiting for the sophomore season to land, we now have a release date to look forward to. ‘The Witcher’ season 2 is all set to premiere on December 17, 2021, at 3 am ET on Netflix.

The filming of the second season began in February 2020 but was halted in March 2020 due to the COVID-19 pandemic. The filming resumed in August 2020 but had to halt again for two weeks in November 2020 due to crew members testing positive for Coronavirus. The 158-day production was completed in 15 locations, with 89 cast members and 1200 crew members. After multiple interruptions due to the pandemic and other on-set issues, filming finally wrapped up on April 2, 2021.

As the viewers gear up for the sophomore installment to arrive, there’s more to wait for from ‘The Witcher’ world. On September 26, 2021, Netflix announced the renewal of ‘The Witcher’ for a third season, along with a second anime feature film and a new Kids and Family series set in the same universe.

One of the main attractions of the show is its ensemble cast, which includes Henry Cavill (Geralt of Rivia), Freya Allan as (Cirilla “Ciri”), Anya Chalotra (Yennefer), and Joey Batey (Jaskier). All of them will reprise their roles in the second season. Eamon Farren is returning as the antagonist, Cahir, along with MyAnna Buring and Mimi Ndiweni, portraying Tissaia de Vries and Fringilla Vigo, respectively. Royce Pierreson (Istredd), Wilson Radjou-Pujalte (Dara), and Anna Shaffer (Triss Merigold) will also be back for the second season. Mahesh Jadu, who portrays Vilgefortz of Roggeveen, is expected to return as well.

After announcing the filming wrap, creator and showrunner Lauren Schmidt Hissrich promised a set of new characters and storylines for the second season. The most anticipated addition is Kim Bodnia (‘Killing Eve‘) as Vesemir, a mentor to Geralt. Along with Kim, Kristofer Hivju (‘Game of Thrones‘) has joined the cast to portray Nivellen, the leader of a gang of highwaymen. Graham McTavish (‘The Hobbit’) has been added to the mix to play the spymaster Dijkstra, whereas Adjoa Andoh (‘Bridgerton‘) will be seen as Nenneke, a priestess who cares for Geralt.

The Witcher Season 2 Plot: What is it About?

The season 1 finale interconnects the different storylines and timelines of Geralt, Ciri, and Yennefer to the common point of the Battle of Sodden Hill, and the second season might start with the aftermath of the battle. In an interview given to The Wrap, showrunner Lauren Schmidt Hissrich talked about the premise of the second season. “So it was, for us really, about getting Geralt back to his roots and sort of learning where he came from and what his story is and what his sense of family is,” she said.

The second season will start with Geralt’s return to Kaer Morhen, as he gets in touch with his own past at the training keep of the School of Wolf witchers. He will take Ciri along for her protection. The new season will give answers to the role of Yennefer in the lives of Geralt and Ciri and how they “come together as a family.” It has also been confirmed that the upcoming round will follow a single timeline and will be based on the first book of ‘The Witcher Saga,’ ‘Blood of Elves’ by Sapkowski.