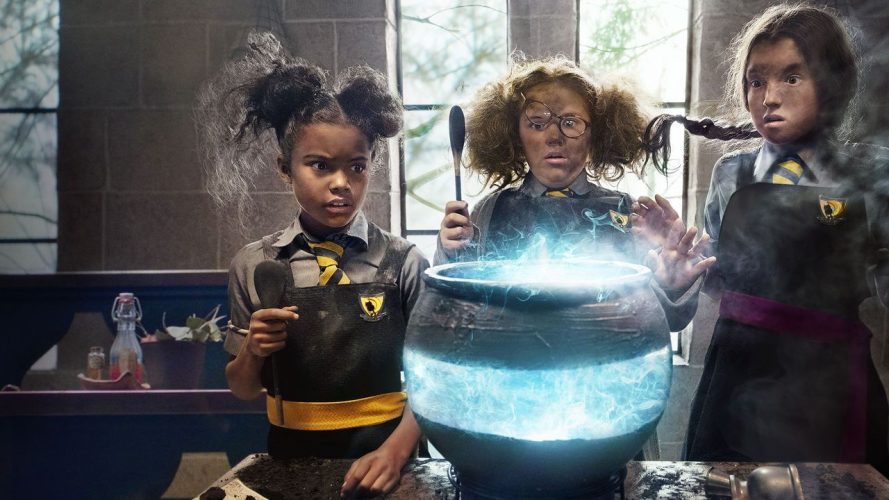 ‘The Worst Witch’ is a British-German fantasy television series that is an international co-production between ZDF, CBBC, and Netflix. The series debuted on CBBC on January 11, 2017, but was available for international viewing thanks to Netflix on July 22, 2017. CBBC Productions and ZDF are the companies backing the production of the show, while Lucy Martin is the producer.

‘The Worst Witch’ has Brian Grant as the director and Marcus Wilson, Arne Lohmann, Nicole Keep, and Tamara Rothenberg as the executive producers. The series is based on the books of Jill Murphy titled ‘The Worst Witch’ books which were published in 1974-2018 and has been written for television by Emma Reeves. It is also the fifth adaptation following a television film in 1986, a television series in 1988, a television spin-off in 2001, and another in 2005.

The show has garnered a steady fan following and is rather popular for its twist on the tropes of boarding school and fantasy stories. It has seen a total of three successful seasons so far. Here’s everything we know about the upcoming season of the show.

The characters of this series include Mildred Hubble played by Bella Ramsey who fans might recognize as the fiercely independent Lyanna Mormont from ‘Game of Thrones‘. The role of Maud Spellbody is played by Meibh Campbell in Season 1 and Megan Hughes inSeason 2. Enid Nightshade is another important character which is played by Tamara Smart. Ethel Hallow is charmingly played by Jenny Richardson and Esmerelda Hallow is cast as Miriam Petche.

The Worst Witch Plot: What is it about?

‘The Worst Witch’ revolves around the life and adventures of Mildred, who finds herself in a magical world and in a school no less where she has to learn and practice magic. While the innocent girl lives a carefree life with her mother Julie, unaware of her magical potential, all that changes on the day Maud Spellbody crashes her broomstick into their balcony.

Mildred’s life is turned upside down after that as she is introduced to Cackle’s Academy, which is a school for witches set atop a high mountain. Mildred has to learn the magical arts there under the watchful eye of Miss Cackle, the friendly headmistress of the school, and Miss Hardbroom, the much scarier deputy. Although Mildred begins her training diligently, it turns out that mastering magic is harder than it looks. Almost all the spells and potions she tries her hand at, has a tendency to go sideways resulting in often humorous accidents. The show keeps viewers gripped, who hope to know whether our beloved protagonist will ever get better at magic or if she is destined to remain the worst witch at Miss Cackle’s academy.

The immediate thing that jumps out at viewers when they first interact with the show is whether it is similar to the most famous magical story of our generation, vis-a-vis, Harry Potter. I mean, the elements are all there, the accidental discovery of magical powers, the school on the hilltop and the friendly headmaster. However, the similarities end there, and Ramsey, who plays the role of the protagonist is very clear in asserting the same. She says, “It’s not Harry Potter for girls because girls like Harry Potter as well. Anyone can watch The Worst Witch – it’s quite a versatile programme, even though most of the cast are female. Mildred Hubble is a witch for everyone. Boys can watch it too.”

Magic apart, the show is also about the sisterhood among the main characters, and it is the magic of their friendship that often shines through, rather than the magic itself. Coupled with broomsticks and stunts, viewers should be prepared to be amazed if they tune into ‘The Worst Witch’, and if there are some fans of the old adaptations, they are bound to notice how effectively the series has retained all its classic elements while still managing to modernize it for the 21st century. Taking from a source material that is from a different time period is often a daunting task because social nuances change, but the show captures that brilliantly. One such instance would be Mildred’s mother preferred to be referred to as Ms. instead of Miss.

If the previous adaptations have been anything to go by, there is a good chance that the most recent iteration of ‘The Worst Witch’ is likely to continue for quite a time as every aspect of Mildred’s life in the school of magic is explored in detail. Ramsey could end up playing the role way past her teenage years as well.

The Worst Witch Season 4 Release Date: When will it premiere?

‘The Worst Witch’ Season 3 released on January 7, 2019 on CBBC for the UK audience. It is all set to release on July 26, 2019 on Netflix for the US and international audience. The fact that it didn’t make much time for the network to renew and release the next season, shows how much success the children tv series enjoys among its fans. Hopefully that will continue and we will get to see the fourth season of the show as well. If it follows past release trends, we expect ‘The Worst Witch’ Season 4 to premiere sometime in January, 2020. We will update this section as we learn more.

While we wait for ‘The Worst Witch’ season 4, check out the season 3 trailer below.