When Will The Young Offenders Season 3 Premiere on BBC? 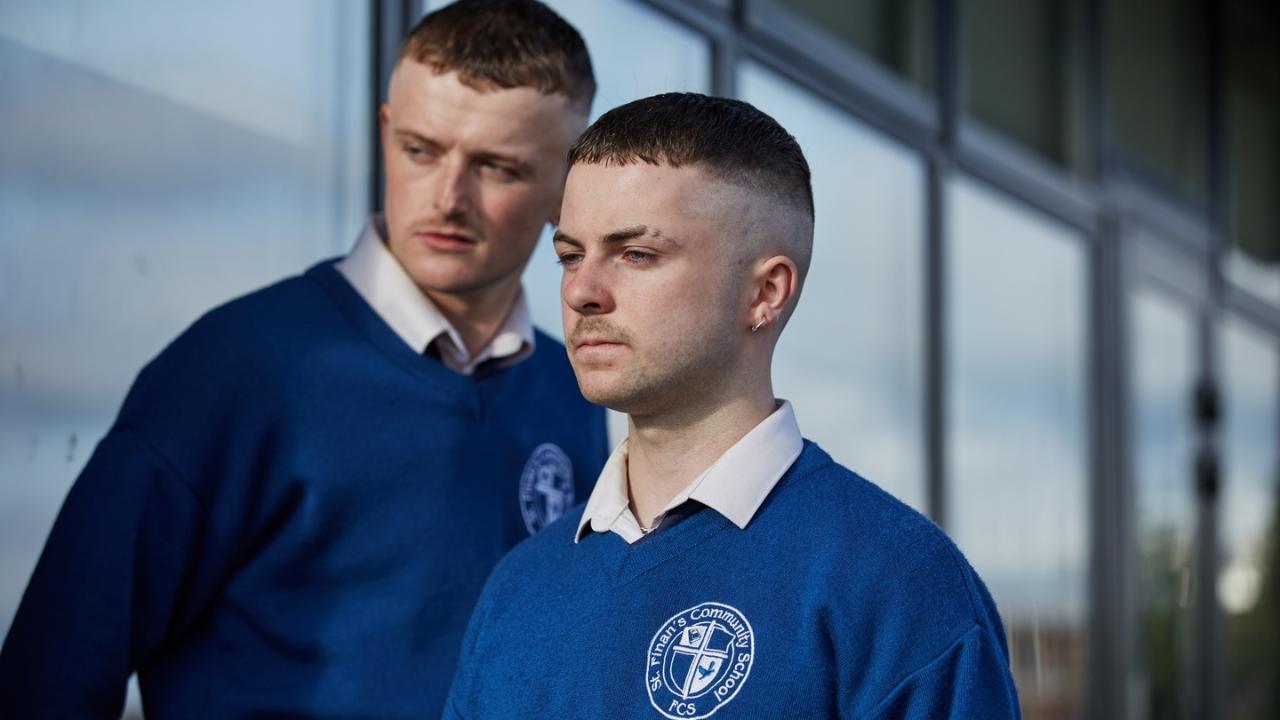 ‘The Young Offenders’, the 2016 Irish movie, is one of the coming-of-age masterpieces directed by Peter Foott. It follows two best friends and teens from Cork — Conor and Jock — who lead a life of petty crimes. When a drug-trafficking scheme goes wrong, a bale of cocaine is reported to be still missing. The boys get a whiff of this news and set off in search of the missing bale. They hope that after selling it, they would get the required cash which might help them in abandoning their lives of hardships and troubles.

The film, upon its release, was an international hit, earning more than a million at the Irish box office. However, when the film ended and the credits started rolling in, viewers believed that this teenage duo had the potential to offer a lot more. This is when BBC stepped in and commissioned ‘The Young Offenders’ in a series format.

Season 1 of the show premiered on BBC Three on February 1, 2018. It comprises seven episodes and makes a seamless transition from the big to the silver screen, proving that the lads are not done with their antics yet. After its successful run, a second season of the series was again commissioned by BBC. Now the question is, will there be a ‘The Young Offenders’ season 3? Let’s find out.

The Young Offenders Cast: Who is in it?

‘The Young Offenders’ stars Alex Murphy and Chris Walley as the lead protagonists, namely Conor MacSweeney and Jock O’Keefe, respectively. They reprise their roles from the original film. These lovable rogues are supposed to complete their Junior Cert but they prefer earning quick cash by resorting to petty crimes.

Dominic MacHale plays the character of Sargeant Healy, who is constantly after the boys, while Shane Casey enacts the role of Billy Murphy, a mentally ill, violent individual. Hilary Rose is Mairead, Conor’s mom, and PJ Gallagher features as another important character, Barry Walsh (the stern school principal and father of the duo’s romantic link-ups).

BBC has already confirmed that Alex Murphy, Chris Walley, and Hilary Rose will be reprising their roles in season 3, accompanied by multiple, current stars. New additions, if any, are yet to be announced by the channel.

The Young Offenders Plot: What is it about?

‘The Young Offenders’ is a spin-off of the original, 2016-released eponymous Irish movie. But what makes this show more interesting is that its premise is based on true events. Historically, Ireland’s largest cocaine seizure had taken place in the year 2007. Two men who had been transporting cocaine via the seas, faced some difficulties off the coast of Cork and in an attempt to keep afloat, had to let go of their bag carrying 1.5 tonnes of cocaine. Although the men were later caught and arrested, this missing bale of drugs was never discovered. And this is what inspired the plot for ‘The Young Offenders‘ franchise.

The fictional story follows the lads, Conor and Jock, after they hear the news and set off on stolen bikes to find and sell the missing bale. Picking up the threads from where the film left off, the first episode of the series does echo the events depicted in the movie. But it just serves the purpose of setting the scene right. As the episodes progress, the tale completely veers off into new territory. It chronicles the lives of this Cork-based lovable duo, packed with misadventures and small crimes. Although their means of living are not honest, the boys still hold certain strong beliefs. Each episode ends with a message, explaining the nuances of day-to-day life.

Season 1 also highlights the feud of Jock and Conor with their principal Barry Walsh. It additionally explores their romantic link-ups with Siobhan and Linda, who also happen to be Walsh’s daughters. On the other hand, things take a turn when Conor’s mother Mairéad begins dating Sergeant Tony Healy, the duo’s sworn enemy. The season ends with Jock moving in with Conor after suffering abuse at the hands of his father.

Season 2 begins by following Siobhan, who is expecting Jock’s child. Conor is on his trysts of earning as much money as possible. Conor and Linda decide to take their relationship ahead by finally considering sex. But these plans go for a toss when Gavin, Conor’s primary foe, challenges Linda to kiss him for five seconds. On the other hand, Principal Walsh constantly tries to test Jock’s upcoming fatherly skills by subjecting him to several tasks.

Season 3, when it premieres, is expected to carry the story forward by starting off right after season 2’s finale. Star P.J Gallagher teased what might be in store for the upcoming season by saying: “You’d love to, because we’re only really getting to know them. Every time you do a scene, you get to know them a bit more. Yeah, we’d love to push it on a bit, said P.J Gallagher.

‘The Young Offenders’ might be a teenage comedy-drama but it does a wonderful job of entwining real-life issues that include parental abuse and poverty. The problems are tackled by using apt doses of humor, making the plot extremely witty and well-written. With funny slapstick comedy and moving exchanges between the characters, this show makes for a wholesome watch.

The Young Offenders Season 3 Release Date: When will it premiere?

‘The Young Offenders’ season 2 premiered on November 3, 2019, on BBC Three in all its entirety of six episodes.

It received immensely favorable reviews. In fact, when season 1 was released, it did not disappoint fans of the parent movie at all. And season 2 carried this legacy forward by attracting 370,100 in its opening episode.

Well, the amazing response instantly prompted the BBC to renew the show for yet another season. Considering the massive popularity of the series, it’s not a surprising decision at all. Creator Peter Foott commented: “We are so grateful to BBC Three and thrilled that they had such faith in the stories and characters of The Young Offenders that they commissioned a third series from us. We had a lot of fun filming Series 2 and 3 back to back over the summer in Cork, and we can’t wait for everyone to see more of Conor, Jock, Mairead and all the characters next year in our third series.”

Even though no release date has been announced, BBC did confirm that filming has already concluded and the third season will be available online in 2020. Our best guess is that ‘The Young Offenders’ season 3 is most likely to premiere sometime in November 2020. We will update this section as soon as we learn more.

While we wait for the release date of ‘The Young Offenders’ season 3, check out the season 2 trailer to refresh your memories. If you haven’t seen the show yet, head over to BBC Thee to catch all the episodes of the previous season.