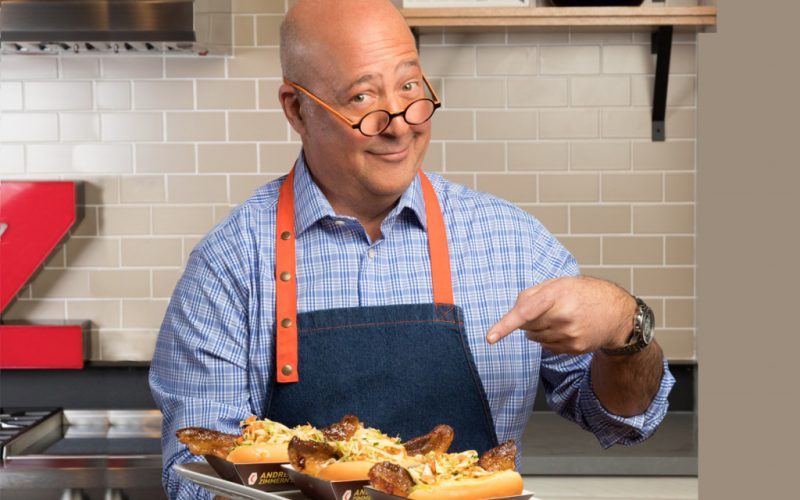 Travelogues documenting cultures and food have existed long before the age of social media, with the earliest examples of travel literature, such as Pausanias’ “Description of Greece”, dating back as far as second century BCE. While such accounts have been for archival and commercial purposes across centuries, they became a form of entertainment only around a century back, film reels of travel accounts started becoming famous in the early 1920s.

Now, in the modern day, food travelogues have a value in pop culture that is next to none, and food and travel shows have become a massive, commercially successful genre on TV. That said, most of the shows that attempt to be food travelogues often get diverted by other considerations. This is where ‘The Zimmern List’ comes in. Aired on the Travel Channel, ‘The Zimmern List’ is a pure food travelogue which follows the travels of celebrity chef Andrew Scott Zimmern as he goes around US cities exploring the best eateries in each city.

Season 1 of the show made its way to viewers’ screens on September 4, 2017, and less than a year later, on May 8, 2018, the Travel Channel renewed the show for a second season. Season 2 premiered towards the end of 2018, making its debut on December 15, 2018. Now, fans are wondering whether Zimmern will make a return with another season of culinary exploration.

As is evident of the from the name of the show, ‘The Zimmern List’ is centered around Andrew Scott Zimmern and his travels. For those unaware, Zimmern is not your run-of-the-mill celebrity chefs.

A native of New York City, Zimmern began his formal culinary training at the age of 14, and as it stands, his experience with food spans decades. Zimmern is also a successful restaurateur, chef, writer, TV personality, teacher, and a food-critic and has had nothing short of a stellar career. He further has a long history of working with the Travel Channel, and his co-created numerous shows including ‘Bizarre Foods with Andrew Zimmern’, ‘Bizarre Foods America’, ‘Andrew Zimmern’s Bizarre World’, ‘Dining with Death’, among others.

Understandably, Zimmern’s work and contributions to the world of food has not gone noticed, and the celebrity chef has gone on to win several accolades. In 2010, Zimmern won the James Beard Award for Outstanding TV Food Personality – a feat he repeated three more times in 2012, 2013, and 2017. He also has an Effie Award under his belt.

The essence of the show can be well summed up by Travel Channel General Manager Jane Latman’s comment: “This series [The Zimmern List] showcases the places and people Andrew seeks out when he wants to enjoy the most delicious food. He is an incredible and wholly entertaining guide.”

Each episode takes up a state in the US, and explores up to seven cities and their best eateries according to Zimmern, with an in-depth review apiece. Zimmern’s narrating style also draws heavily upon his personal memories of exploring the cities and its food, so there is also a personal touch to his travels.

As is evident, ‘The Zimmern List’ is a very unique and extensive show on culinary tourism that also attempts to give viewers a personal experience through the eyes of Zimmern. Understandably, the show enjoys quite some popularity among a segment of viewers.

The Zimmern List Season 3 Release Date: When will it premiere?

While we await news about ‘The Zimmern List’ season 3, here is a clip of Andrew Zimmern himself explaining how is show is different from the other food travelogues out there, so that you can get an idea about what the show is all about. We will update this section with the trailer for Season 3, if and when the Travel Channel releases it.