When Will There’s… Johnny Season 2 Premiere on Hulu? 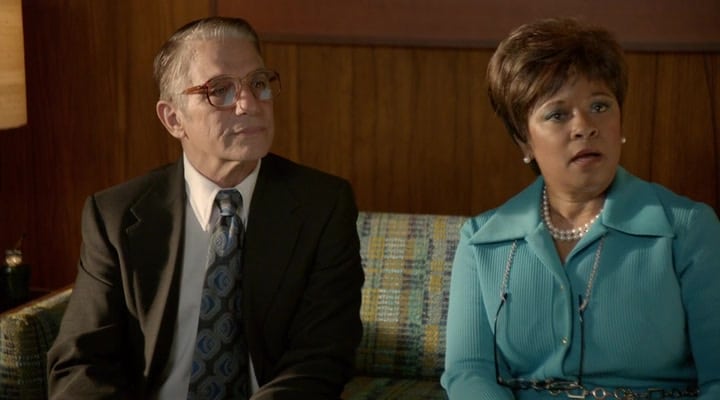 See, NBC’s streaming service had made the leeway for many intermediate-budget comedy productions to flourish that otherwise would not hold water in the mainline NBC showreel – ‘Bajillion Dollar Propertie$’ springs to mind as an example. But when Seeso suddenly disbanded with a ‘poof’, it was a shock for many of this smaller-scale production that shared an ambition to go forward with their sustainable premises and structures. Like ‘Bajillion Dollar Properties’, another prominent fan-favourite that went down was ‘There’s… Johnny’. But like the former was picked up by Pluto TV for broadcasting its unaired season, Hulu seems to have come as the saviour to Paul Reister and David Simon’s late night-parody dramedy.

There’s Johnny, a show that bears resemblance to a number of backstage-life based scripts such as Pop’s ‘Nightcap’, has found refuge in Hulu where all its episodes are hosted currently. The first season of the show was well-received. Now, the question arises: will there be a ‘There’s… Johnny’ season 2? We will delve into that question, but first let’s quickly look into the details of the series.

There’s… Johnny Cast: Who is in it?

Although There’s Johnny is less of a ‘sitcom’ per se compared to 30 Rock, the show’s plot-heavy approach does not mean it could go lax on acting talents. It did not have the highest of budgets to boast about, so we could see no Alec Baldwins and Tracy Morgans, true, but it does have a very strong cast. Of course, you cannot just look hither and yon to grab just any auditionee to enact Fred de Cordova, once the producer of The Tonight Show.

Golden Globe and Emmy-winner Tony Danza chimes in to grab that role, and he plays it phenomenally – the likeness is eerily uncanny. Cordova is not the lead character, however, and the lead role is instead delegated to Ian Nelson, who you might recognize as Eric Palmer from The Judge (2014), and also happens to have starred in The Hunger Games (2012). Ian plays young Nebraskan Andy Klavin alongside Jane Levy’s (Monster Trucks, Office Uprising) Joy Greenfield.

Although the main cast is limited to this trio, there is an expansive recurring cast that has such big talents as Don Stark (Bernie Greenfield) from That 70’s Show and Roger Bart (Angelo). Most of the cast would be expected to return for season 2.

There’s… Johnny Plot: What is it about?

On preliminary glimpses, There’s Johnny sounds a whole lot like ‘30 Rock’ – there is a talk show at the centre of it, and most of the intrigue takes place backstage between the pillars of its upper management. But ten minutes into the show, you will have desisted from such a comparison, and it will instead evoke an impression of ‘Almost Famous’.

There’s Johnny is neck-deep in 70’s historical and cultural mores, and it will become clear as to why if you look at the premise. Andy (the protagonist) is an unassuming youth from Nebraska, and he initially recalls the image of Jack McBrayer’s Kenneth from 30 Rock. But rather than an NBC page on the comic relief periphery, There’s Johnny is a coming-of-age story both for Andy and for Joy, the young talent co-ordinator, as they work hard to prove themselves off-screen across the Johnny Carson-era The Tonight Show – a show that is very real rather than the fictional shows we are accustomed to from ‘30 Rock’ and ‘Nightcap’. It is more in line with a dramedy than a sitcom, but what really distinguishes it as a unique foray into quasi-30 Rock premise is its historical setting.

The fictional backstage intrigue of The Tonight Show is set against a time of cultural upheaval, and it doggedly tries to maintain historical accuracy. As the show progresses, it is affected by major events of the time – the Nixon presidency, the counter-culture insurgency, and the Vietnam War. These are difficult grounds to trend for a writer, but Paul Reiser and David Steven Simon never shoehorn history into an otherwise maladjustment plot. The show is very well-written, and the effort shows in how well it knits itself up within the span of seven episodes.

There’s… Johnny Season 2 Release Date: When will it premiere?

There’s Johnny season 1 premiered on Hulu on November 16, 2017. It was originally due for a release on Seeso before it went down – so the show was instead released on Hulu.

Paul Reiser’s passion-project is not the kind of show specifically planned to go on over multiple seasons, to be very honest. But it is also true that the writers have not written themselves into a corner – and there are enough threads to progress the story forward into another couple of seasons at least. The future prospects of the show therefore currently fall to the creators and Hulu. Officially, none of them has said anything about a second season, so a release date on the same is still TBD. If we were to take a guess, we would be inclined to guess that There’s Johnny season 2 would release sometime in early 2020.

While we wait for an official announcement on the prospects of a second season, you could always watch the debut season in the meantime, though. Here’s a trailer for it.