When Does These Woods are Haunted Season 2 Start on Travel Channel? 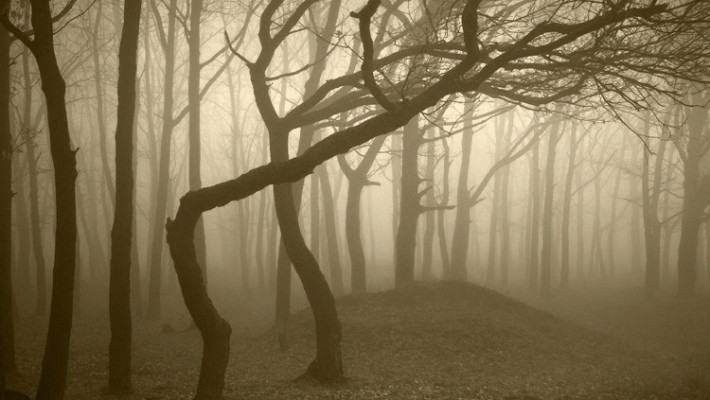 Shows based on real-life incidents manage to attract people’s attention like no other genre can. It is not just a unique experience they provide to the viewers, but they also promise an undercurrent of thrill which can rarely ever be replicated by fictional shows. When such experiences are coupled with horror elements, viewership numbers usually fly off the roof.

Very much along those lines is These Woods are Haunted which premiered on July 8, 2018, on Travel Channel. The first season ended its run on August 26, 2018. It was mostly met with a favourable reception by both critics and viewers.

These Woods are Haunted Cast: Who’s in it?

On These Woods are Haunted, we have volunteers venturing into the wild to experience first-hand the horror that lies within forests. Therefore, the show features these victims sharing their stories in the first person. In addition to that, there is dramatisation by actors who give a fictional spin to their accounts by portraying the victims in their act. The cast includes Holly Stevens, Tyler Messervey, Annie Asselin, Frank Barberio, Barbara Beaton, and Simon Boniface, to name a few.

Given the format of the show, the cast doesn’t usually remain the same through its seasons. So expect to see new faces in the upcoming season.

These Woods are Haunted Plot: What is it about?

Have you ever imagined what would happen if your outdoor travel plans do not go as planned? What if your dream vacation in a cabin in the woods transforms into a nightmare? We have seen many such tales in horror flicks, have we not? But even, in reality, the mighty forests hide several inexplicable mysteries. ‘These Woods Are Haunted’ narrate true accounts of people who ventured deep into the wilderness and experienced events that defy logic and reason.

The show takes viewers through a first-person account of the survivors of these horrifying incidents. Their chief aim is to uncover any spiritual, supernatural or demonic activity within the woods.

The first episode called The Hell Hound features a woman who shares her experience of having an encounter with a supernatural entity in an abandoned Ohio hospital. She explains her eerie encounter in detail about how she escaped from there and how the entity still haunts her. The creepy nature of the entity and how she believes it still stalks her is anyone’s worst nightmare.

An American docuseries will never miss the opportunity to show us the Bigfoot. Any discussion about the cryptid which has fueled interest in the minds of viewers and experts alike is intriguing to people all around the globe. So, in the second episode, we get to hear from a couple who has survived an encounter with a creature which they believe is the Bigfoot. After getting an offer to stay in an abandoned cabin, the couple goes to spend some time there. Their worst nightmares come true when they find out that they are being stalked by an unknown creature.

Further, we see a group of friends who go camping in the woods and have a rendezvous with a paranormal predator whose behaviour is similar to that of a werewolf. They find out a place which had traces of a satanic ritual being performed over there. The mystery of the Bigfoot returns in the fourth episode when a fishing trip goes wrong. A man and his grandfather go for a fishing trip near the woods when they realise that they are being stalked by an unknown creature. This episode also features a couple who have a creepy experience when they run across a violent entity who resides in a cave present in the woods.

As the series progresses one incident after the other, there comes the experience of an elderly couple who are spending quality time in a retirement cabin situated in the woods. Their life starts to go all wrong when a spirit begins to haunt them. The couple soon realises that the cottage used to be the spirit’s home. So, now it wants to scare away the couple. The sixth episode is about reported Bigfoot sightings in Ohio. Thus, the infamous Sasquatch (another name for Bigfoot) makes an appearance again through the bone-chilling experience of two friends who visited the woods for an adventure.

The seventh episode picks up from the point where the myth of the Bigfoot was being discussed in the previous episode. A group from Kentucky that went on a camping trick shares their nightmarish experience of having a brush with an unknown creature. A haunted catacomb in Georgia is also a part of a discussion in this episode. In the ninth and second last episode, three sisters share the details of an eerie encounter with a spirit when they were taking some pictures in a graveyard.

The final episode again features the horrors of the Bigfoot and a couple who escaped a life-threatening situation in a cabin in the woods.

These Woods are Haunted Season 2 Release Date: When will it premiere?

These Woods are Haunted season 1 premiered on July 8, 2018. Evidently there are numerous first-hand accounts of people falling prey to mysterious sightings in the woods, which is why Travel Channel renewed the series for another season.

These Woods are Haunted Trailer

While you wait for the second season, check out all its episodes on the channel’s official website.