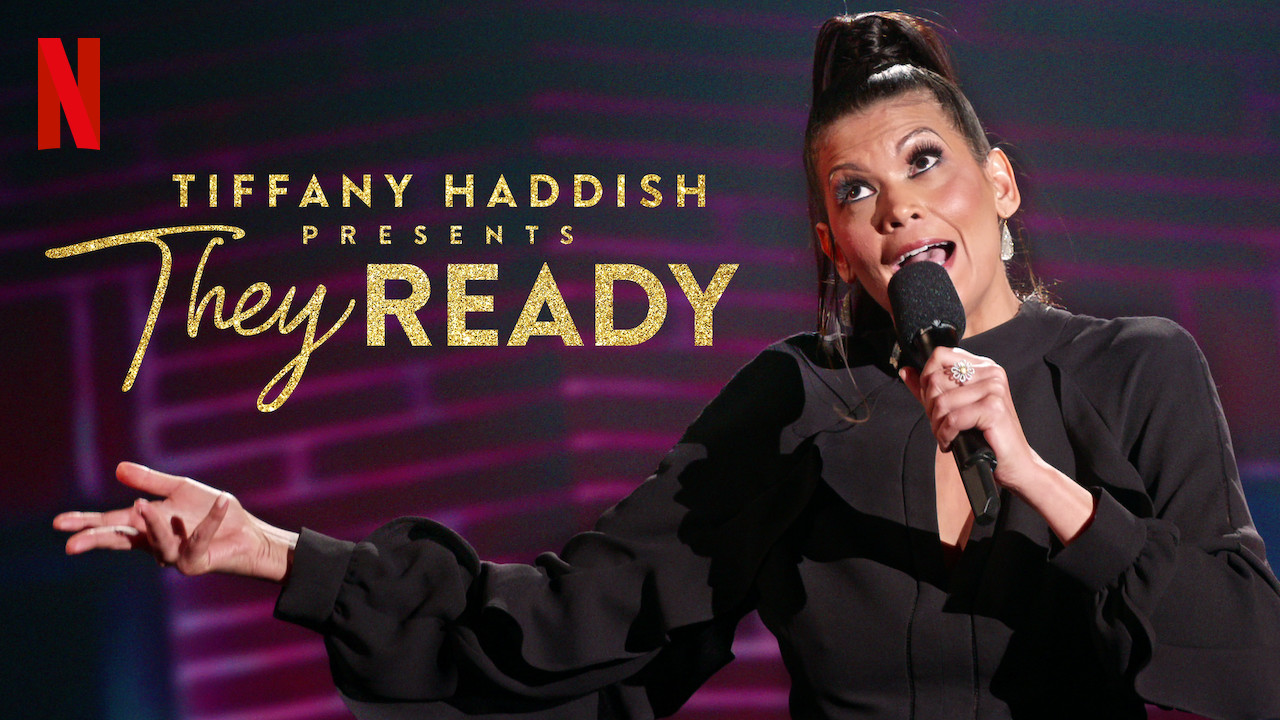 ‘Tiffany Haddish Presents: They Ready’ is a stand-up comedy series, featuring a collection of specials, that showcases six comedians, all personally chosen by Haddish. The Netflix Original, which streams on the platform for its international audience, comprises six, 30-minute-long episodes. It is executive produced by Haddish, alongside Wanda Sykes and Page Hurwitz. The reality TV show is produced by Push It Productions and She Ready Productions.

Tiffany Haddish Presents: They Ready Cast: Who is in it?

‘They Ready’ is hosted and presented by actress and comedian, Tiffany Haddish. Also a singer, model, and author, Haddish made her debut in the field of acting by making guest appearances in several shows. Her breakthrough role came with the character portrayal of Nekeisha Williams on the NBC sitcom ‘The Carmichael Show’. Her prominent performances in films include ‘Keanu’ and the critically acclaimed movie, ‘Girls Trip‘. She wrote and published her memoir, ‘The Last Black Unicorn’ in 2017. Haddish’s other notable series are ‘The Last O.G.’ and ‘Tuca & Bertie‘.

Apart from her, each episode of ‘They Ready’ features one stand-up comedian. Each of these six individuals, with every artist getting the opportunity to showcase his/her talent on one half-hour special, holds a history of a personal relationship with Haddish. They have worked with her, either in stand-up or on television.

The featured comedians are Chaunté Wayans (‘Wild n’ Out’), April Macie (‘Last Comic Standing’), Tracey Ashley (‘The Last O.G.’), Aida Rodriguez (‘Comedy Central’s This Week at the Comedy Cellar‘), Flame Monroe (‘Def Comedy Jam’), and Marlo Williams (‘BET’s ComicView’). All of them have rich experiences of at least a decade, with a few being in the industry for over 20 years. They are talented but have been unsuccessful in making it into the mainstream. And as per Haddish, “Now is their time. They ready.”

If and when season 2 happens, it is expected that Haddish will introduce more new comedians.

Tiffany Haddish Presents: They Ready Plot: What is it about?

‘They Ready’ is a show curated by Haddish and it holds a deep connection with her personal life. Before making her mark in the stand-up scene, she was broke and homeless. She used to sleep in her car while performing on small comedy stages in and around Los Angeles. However, one night, after a show, she was noticed by Kevin Hart (now a successful celebrity but an aspiring comedian during those times).  He loaned her $300 to help her arrange for her accommodation. Haddish used the cash to rent a cheap motel and then after a week, she settled into a dated, impoverished apartment. The small amount not only helped her recoup and re-invent herself, but it also pushed her on those first steps toward success.

Haddish knows that most of the prominent comedians today, have had someone who recognized their talent, helped them during the most crucial times, offered a chance to build a career, or gave that much-required emotional boost. She also understands that these people never forget their roots and are forever ready to extend a helping hand to others. Based on these very principles is ‘Tiffany Haddish Presents: They Ready’, that features six diverse entertainers, all handpicked by Haddish herself. Each of these artists was associated with the host at some stage of her career, either in live comedy or TV. Now, she wishes to offer the spotlight to her favorite superstars. As per her statement, “I had my deal already to do my special and they offered me a little more money, right? I was like, ‘How about instead of giving me that money, we use that money to give six other comedians an opportunity to shine?’

Tiffany Haddish Presents: They Ready Season 2 Release Date: When will it premiere?

‘Tiffany Haddish Presents: They Ready’, season 1 premiered on Netflix on August 13, 2019. Its entire run for the first season comprises of six, 30-minute-long episodes. The show aims to give a platform to women, people of color and LGBTQ performers, who are often overlooked by the industry. And Haddish aims to offer the center stage to a diverse team of talented comedians. ‘They Ready’ is Netflix’s latest addition to its repertoire of stand-up series and specials, which attempts to introduce more diversity on its comedy roster.

Now as far as a renewal is concerned, here is what Haddish had to say about a new installment: “If this does well for Netflix, hopefully, there’s another season and I can get another six comedians out here. I know at least 40 comedians that I think are legends in their own right, but the world doesn’t know about them yet.” So yes, there’s definitely loads of scope for the series to continue. We shall revisit this section with more updates about a subsequent season as and when we learn more.

While we wait for an update on ‘Tiffany Haddish Presents: They Ready’ season 2 release date, check out the season 1 trailer below. You can also head to Netflix to watch the entire first season.