Will There be a ‘This Is the End’ Sequel? 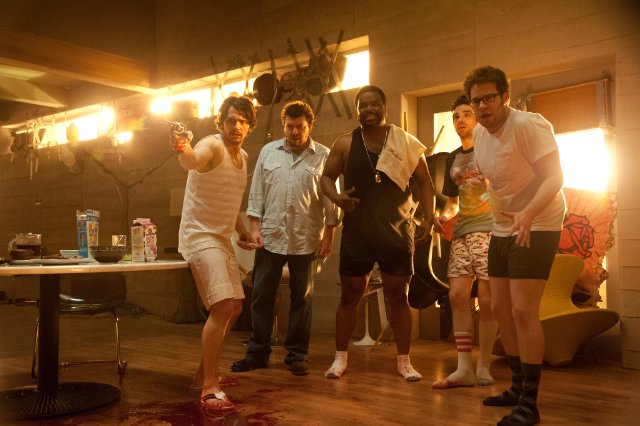 Seth Rogen and Evan Goldberg have proved to the world that they are the duo to watch for. The childhood friends turned filmmakers are a comedy goldmine together with their atrociously hilarious collaborations that include the likes of ‘Superbad‘ and ‘Pineapple Express’. Their 2013 collaboration, ‘This Is the End’ is another name in the long list of comedies the two have created. But it is certainly one of their finest to date, and honest-to-god hilarious, considering the film centers around the apocalypse.

‘This Is the End’ is a feature-length film adaptation of their short film ‘Jay and Seth versus the Apocalypse’. The film manages to break boundaries of the genre in the most unexpected ways. It has actors playing metafictional versions of themselves in Hollywood, in the time of a Biblical apocalypse.

This works supremely well for the film as it is both self-aware and off-the-charts crazy. The film stars Jay Baruchel, Rogen, James Franco, Jonah Hill, Danny McBride, and Craig Robinson, all playing themselves. It also features Emma Watson, Michael Cera, Mindy Kaling, Rihanna, along with the Backstreet Boys!

The film released over 7 years back, and fans have since then wondered if they would ever get to see more of this brilliantly audacious comedy that had an ensemble of everyone’s favorite actors. Rogen has mentioned in the past that the sequel isn’t a possibility. On the other hand, Goldberg has been hopeful, “If you ask me, I’d say there’s a good chance of a sequel.” But then, this was years ago.

So, whether or not the sequel will happen is still in question. But, hey, it’s not the end of the world (not yet, at least) as the duo has some even crazier ideas of what comes next. Here’s everything we know about ‘This Is the End’ 2.

This Is the End 2 Plot: What Can It Be About? 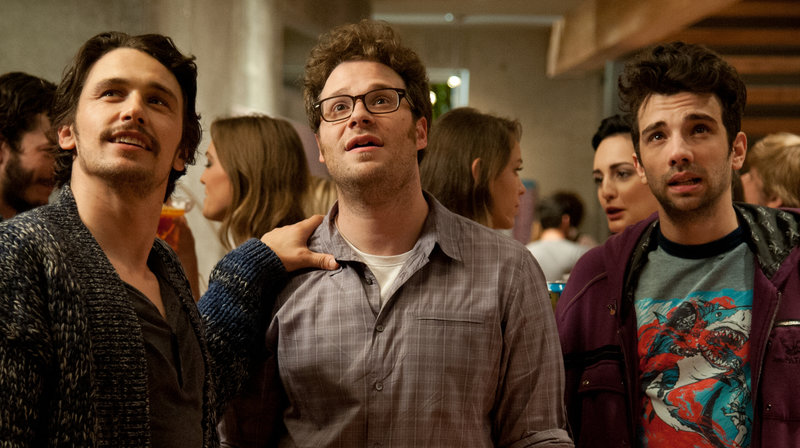 ‘This Is the End’ has two old friends Seth Rogen and Jay Baruchel meeting after a long while, with Seth inviting Jay to James Franco’s housewarming party, which includes several other celebrities. But the world turns upside down, as the apocalypse strikes, with a sinkhole opening up in Franco’s yard, killing several people from the party, while an earthquake destroys most of Los Angeles.

Seth and Jay team up with the remaining party-goers, as they try to figure out how to deal with the issue at hand. The film has some hilarious over-the-top scenes which include a demon possessing Jonah and his exorcism, the team encountering cannibals (that include Channing Tatum), and then later, Satan, himself. The film ends with Jay and Seth figuring out a way of redeeming themselves by an act of goodwill, and landing themselves in Heaven. Jay then makes a wish to have the Backstreet Boys perform, and they do, while the rest of heaven dances.

For the sequel to ‘This Is the End’ both Rogen and Goldberg have some brilliantly bizarre ideas. If you thought the first part was self-aware, wait till you hear about what the two have in store for the second part, because, man, does it get meta. In an interview, Goldberg spoke of how they had already been discussing potential ideas for the sequel:

“We actually talked about doing a sequel where it starts at the premiere of This Is the End,” Goldberg says. “Seth’s a cokehead in this version, Michael Cera is a calm dude with a boyfriend, Rihanna, and The Backstreet Boys are back. We have a lot of ideas: a heaven and hell, for example, and a game of Eden version where Danny is Adam.” 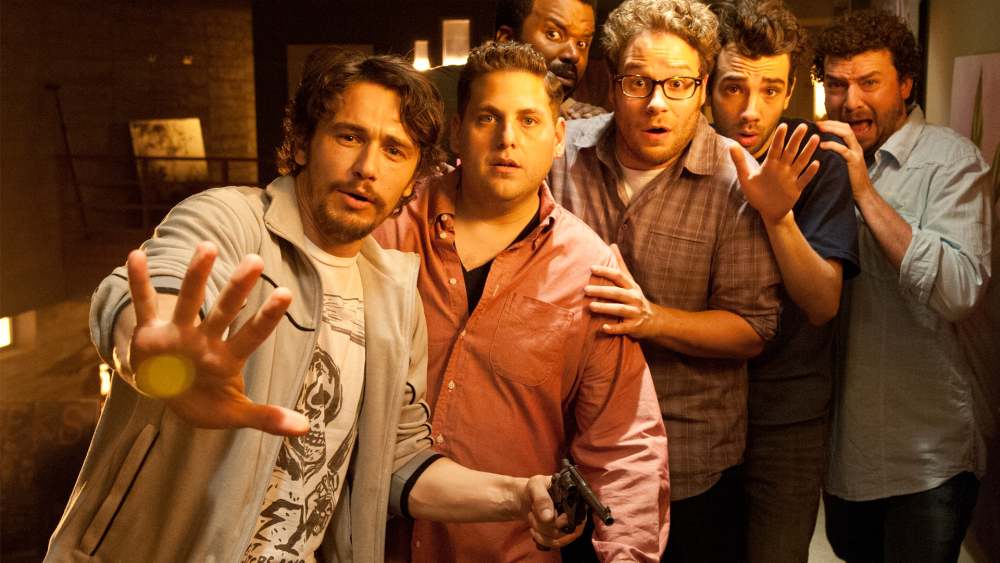 ‘This Is the End’ has a hilarious ensemble cast that includes some of the funniest actors of our times. The film stars Seth Rogen, James Franco, Jonah Hill, Danny McBride, and Craig Robinson. It also has Emma Watson, Rihanna, Channing Tatum, Michael Cera popping up and shining in their scenes, all as fictional versions of themselves, and all genuinely hilarious.

If the sequel to the film ever works out, we will definitely love to see the entire cast come back together. This would particularly make sense if things go according to Rogen and Goldberg’s ideas and we learn that ‘This Is the End’ was in fact only a movie.

According to what Goldberg has said, we can definitely hope to see more of Cera, Rihanna, and the Backstreet Boys which will honestly be such a treat. But the duo also believes that getting the entire cast together would be a great challenge, and is also why having a sequel becomes tricky. Goldberg mentioned in his interview, “We lucked out that [the cast] were all available [at the time].” But he isn’t too sure if that will be the case now.

This Is the End 2 Crew: Who Can Be Behind It?

If a sequel to ‘This Is the End’ ever works out, it will definitely mark yet another collaboration by Seth Rogen and Evan Goldberg. The two have worked consistently in the past, and are also working together on upcoming projects. So, one can surely expect to have the two reunite for the project if at all it gets developed.

The two also have already spoken about their ideas for the potential sequel as I mentioned above. Rogen even gave it a hilarious title in a twitter status stating, “I don’t think we’ll make a sequel to This Is the End, but if we did, it would be called No, THIS Is the End.”

This Is the End 2 Release Date: When Can It Premiere?

Since there have only been talks about the sequel, that too years ago, its possibility does seem quite bleak at the moment. While Goldberg seemed hopeful, Rogen clearly didn’t. But you never really know what’s brewing in the minds of Rogen and Goldberg. So, I won’t say it’s completely off the cards until they say it is.

However, Rogen and Goldberg are currently working on their upcoming projects, They will next be seen working on ‘An American Pickle‘, and an untitled NBC project together. Thus it only makes sense to expect the sequel to ‘This Is the End’ to release sometime around 2024 or later if at all it happens.