This Is Us S4 E15: Everything We Know 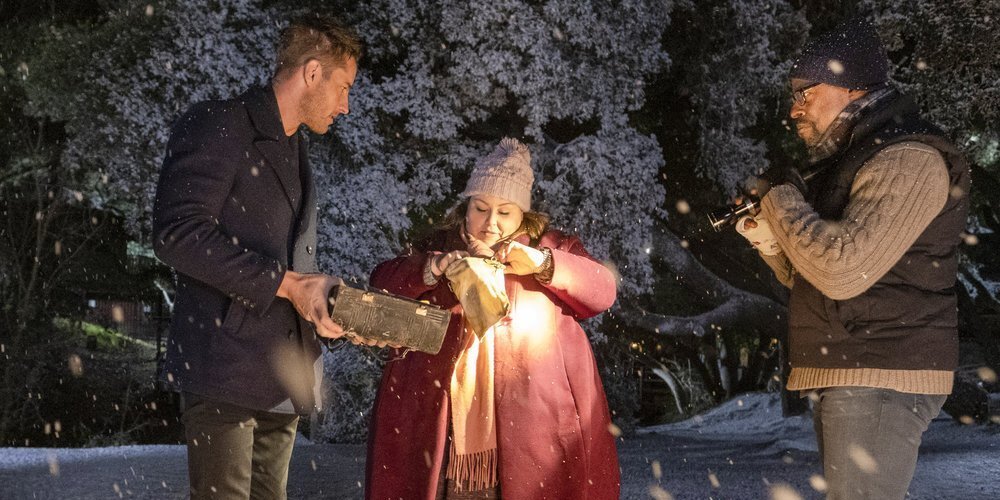 NBC’s ‘This is Us’ is a family drama that demonstrates the life events of the Pearsons family, comprising kids – Kate, Randall, and Kevin and parents – Jack and Rebecca. By portraying everything via different timelines and flashbacks, it showcases the complications faced by a family, in the most relatable manner.

With Don Fogelman serving as the creator, the show has managed to win several awards and has been touted as a cultural phenomenon. The fourth season of ‘This is Us’ premiered on September 24, 2019. And it won’t be wrong to say that Season 4 has been the most emotionally draining season, for both the characters as well as the fans. Randall is on the brink of losing his mind, and Kate is struggling to co-parent baby Jack with Toby while Kevin has no idea how he is going to go forward with his life. And to top it all, their mother, Rebecca, is showing increasing symptoms of Alzheimer’s.

Episode 14 dropped on February 18, 2020, and its overwhelming ending made all the fans empty a whole box of tissues. In case you want to cry again, you can check out our recap. Now, you must be wondering about what goes down in the upcoming episode, i.e., Episode 15? Well, we are here to help you with that.

This is Us Season 4 Episode 15 Release Date

Where to Watch This is Us Season 4 Episode 15 Online?

You can watch the ‘This is Us’ season 4 episode 15 by tuning to NBC at the above-mentioned time. You can also catch the show on NBC’s official website and on the NBC app.

This is Us Season 4 Episode 15 Spoilers

The upcoming episode is titled ‘Clouds.’

As far as Randall’s mental stability is concerned, he has been through hell in this season. Despite suggestions from his family members and friends, Randall always keeps on dodging the idea of consulting a therapist for his nightmares and anxiety issues. In episode 15, Randall will finally meet with a therapist and discuss everything that’s going wrong in his life.

Considering the recent break-in and meltdown, it is a great thing he has agreed to seek professional help to clear out all the bottled emotions once and for all. We might also learn the reason why Randall and Kevin are not on talking terms in the flash forwards. With the spotlight being on Randall, expect too many emotions and revelations in the upcoming episode.

This is Us Season 4 Episode 14 Recap:

What a bittersweet episode! Every Pearson has a significant memory attached to the cabin. Episode 14 begins with the Pre-Teen Three having fun with their mom and dad at the cabin. Jack brings out a box, a “Time Capsule,” and asks the kids to put one item each inside, and buries it, instructing the kids to look at it when they turn 18. Cut to the present. The Big Three is bonding at the cabin, solving a puzzle that has one missing piece. In a flashback, as Randall is struggling to find an item, Kevin suggests him to put a puzzle piece in the Time Capsule, which the Big Three now digs out.

The box comprises Randall’s puzzle piece, Kate’s M-A-S-H game, Kevin’s picture with Sophie, Rebecca’s item, which is Jack’s sketch of a dream house (which he throws away in a flashback), while Jack’s item is a voice-recording. The recording makes the Big Three emotional, and the fans, a crying mess. Elsewhere, Randall shares his struggle with crippling anxiety and says he is thinking about going for therapy. Kevin agrees. Kate reveals the problems she is facing with Toby, but her brothers disagree and say that Toby is perfect for her. Kevin confesses to sleeping with Kate’s friend Madison. Kate and Randall also break the news of Rebecca’s deteriorating health to Kevin, who naturally feels left out.

The episode also showcases how Rebecca and the boys fight the storm to rescue a teen Kate from Marc’s clutches, who locks her out in the snowstorm. On realizing that she cut her hand while getting back in, Rebecca loses it and orders Marc to stay away from her daughter. The End!