This Is Us Season 5: Everything We Know 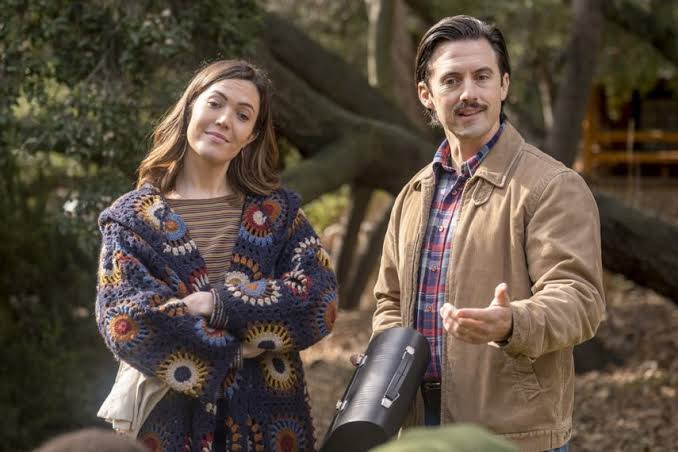 ‘This is Us’ caught the attention of global audiences with its heady cocktail of kinship, nostalgia, and solidarity. The show portrays the life and times of triplets, Kevin, Kate and Randall, as they navigate relationships, self-discovery and their complicated pasts. Steered by showrunners Dan Fogelman, Isaac Aptaker, and Elizabeth Berger, the show has fast become a fan-favorite.

This is Us Season 5 Release Date

Ever since the coronavirus pandemic ran rampant, viewers have been bereft of new content from their television staples. The production of ‘This is Us’ was also dealt a blow. Fans of the show, who are used to ushering in a new season come September, were left strung out when no announcements were made about the 5th season, despite the show being renewed for one back in 2019. The 4th season of the show had long since concluded on March 24, 2020, and left fans on cliffhangers of mammoth size.

Luckily, NBC recently put fan’s worries to bed by unveiling season 5’s highly-awaited and long-overdue release date. To what is sure to be much fanfare, ‘This is Us’ Season 5 will release on November 10, 2020. This is likely to be the second to last season of the show.

This is Us Season 5 Cast

The upcoming season of ‘This is Us’ will see the return of its beloved series regulars, and the entry of new ones. The show will continue to explore the central character arcs of Justin Hartley (Kevin), ⁠⁠Sterling K. Brown (Randall), Chrissy Metz (Kate), Milo Ventimiglia (Jack), and Mandy Moore (Rebecca).

This is Us Season 5 Plot

So far, ‘This is Us’ has been the epitome of comfort television and its 5th season is no different. Showrunners Fogelman, Aptaker, and Berger are all poised to spoil viewers with more heartwarming yet heartrending content this season.  Fogelman revealed on Twitter that the ‘This is Us’ team will draw inspiration from the current COVID-19 pandemic and work it into this season’s plotline.

– Not sure yet on production start.
– Not sure when new eps will air.
– Yes on Covid. We've decided to attack things head on. Very proud of @ThisIsUsWriters
– Same planned ending. Same route to get there.

The show may also give television life to the Black Lives Matter protests that have taken America by storm. Although, in the past, the show has been averse to using real-life happenings as footings for reel-life story angles, Fogelman divulged that this was something they couldn’t resist. Fogelman mentions, “This moment in time that we find ourselves in is something different [than what we’ve experienced before] and if we attack it, we want to attack it the right way”.

We can also expect season 5 to resolve several leftover storylines from season 4. For instance, the upcoming season should explore the rift between Kevin and Randall that season 4 gave rise to. When asked whether the siblings will manage to work past their differences and patch up in season 5, Justin Hartley (Kevin) said, “It might take a bit. But they’re brothers, this is not going to divide them until their deathbeds and they don’t speak.”

Also likely to be tackled is the reason for the brothers’ rift: their mother’s deteriorating mental health. Rebecca’s Alzheimer’s diagnosis shocked and divided the family, to say the least. We last see Rebecca prepare to undertake, very much at Randall’s behest, the difficult decision to participate in a clinical trial in St. Louis. Accompanying her to St. Louis will be husband Miguel. On where Season 5 will take the show’s matriarch, Fogelman says, “Particularly, when we land in St. Louis with her, kind of exploring with Miguel, here is the opportunity where we’re going to be bringing them in a location together and undergo this treatment that they didn’t necessarily plan on trying.”

Not to be left behind in the ‘This is Us’ journey is Kate. Season 5 will take a deep dive into Kate’s eating disorder. Chrissy Metz (Kate) spills, “We’re going to find out even more in-depth next season as to why she’s decided to, not necessarily use food, but use a substance — hers being food — because she’s been through some things that we haven’t, we don’t know [about] yet.”

If the past four seasons of the show are anything to go on, fans should keep their tissue boxes handy. They’re in for an emotionally-charged rollercoaster.