Will There Be More of ‘This Week At The Comedy Cellar’? 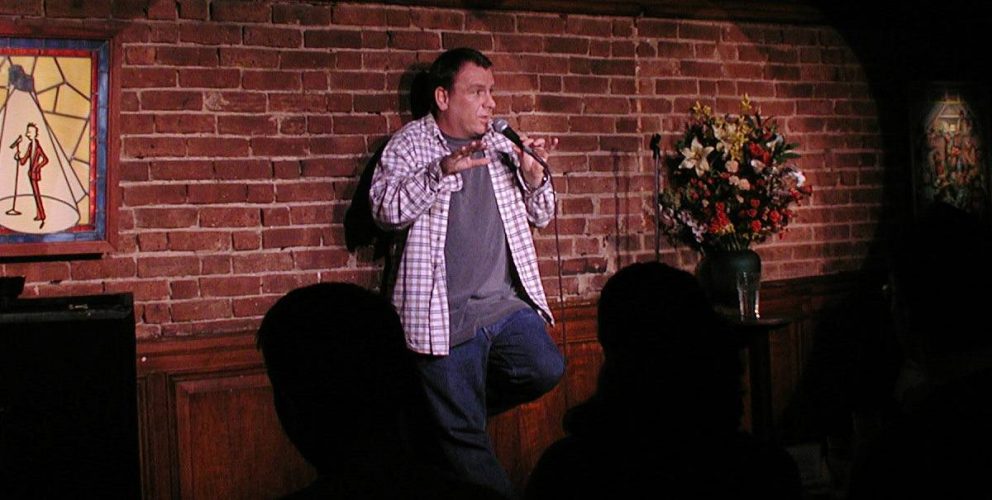 The series is filmed at the New York City comedy club. It is a combination of news and comedy where the comedians discuss current events, react on recent headlines, indulge in relevant discussions, etc., and with it give birth to a weekly 30 minutes show. In the show, each episode features one person who hoarded the spotlight for a week and reveled in some kickass comedy.

After a successful three-season run, here’s all we know about ‘This Week at the Comedy Cellar’ season 4.

This Week At The Comedy Cellar Season 4 Release Date: When will it premiere?

This Week At The Comedy Cellar is one of those additions to the evergreen stand-up comedy genre that always manages to bring a smile to viewers’ faces. It has been appreciated by fans because of its relaxing and humorous vibe. Hence, we do not expect it to go off-air anytime soon. It should be recommissioned for yet another season. If renewed, we can expect This Week at the Comedy Cellar season 4 to premiere sometime in February 2021.

This Week At The Comedy Cellar Season 4 Cast: Who can be in it?

In the first three seasons, we have several comedians warming the stage with their sassy comedic acts.

We see Mike Vecchione, the stand-up comedian take the stage. He has been seen on Russell Simmons Presents: Stand Up at the El Rey Theatre, and Comedy Central’s Fresh Face Debates in the past. He has also made a guest appearance on the popular show Z Rock. In the New York Comedy Festival 2010, he won the People’s Choice Award.

There is Pete Lee who has made a remarkable appearance on The Tonight Show Starring Jimmy Fallon. He was the first comedian to receive a standing ovation on the show. He can even make almost anyone laugh with his humor. Coming from a Midwestern background, the audience can relate to his jokes.

Pete decided to become a standup comedian at a very young age. After flying to New York, he performed at the Just for Laughs Comedy Festival. In 2008, he made his acting debut on As The World Turns and appeared on NBC’s Last Comic Standing. In 2013, he was also seen on Late Show with David Letterman.

Season 4 is expected to throw the spotlight on several comedians — some new and some well-known.

What Can This Week At The Comedy Cellar Season 4 Be About?

This Week At The Comedy Cellar provides its viewers with all kinds of jokes imaginable wherein the subjects revolve around topical contents, hottest takes on diverse subjects, sexuality and a myriad of other aspects. The weekly half-hour stand-up series delivers the rawest jokes like never seen before.

This show mixes news and comedy as comedians discuss current events and react on recent headlines. All of this is combined and brought together to feature in a weekly 30 minutes show. Comedians on the comic table debate over a topic and spin it into comedy for the entertainment of the viewers. In each episode, up to four comedians get a chance to come into the spotlight and perform a stand-up comedy in front of the live audience.

This Week At The Comedy Cellar Trailer:

While we wait for more updates on This Week At The Comedy Season 4, you can catch up on all its previous episodes on the show’s official website.