When Will Three Days of Christmas Season 2 Premiere on Netflix? 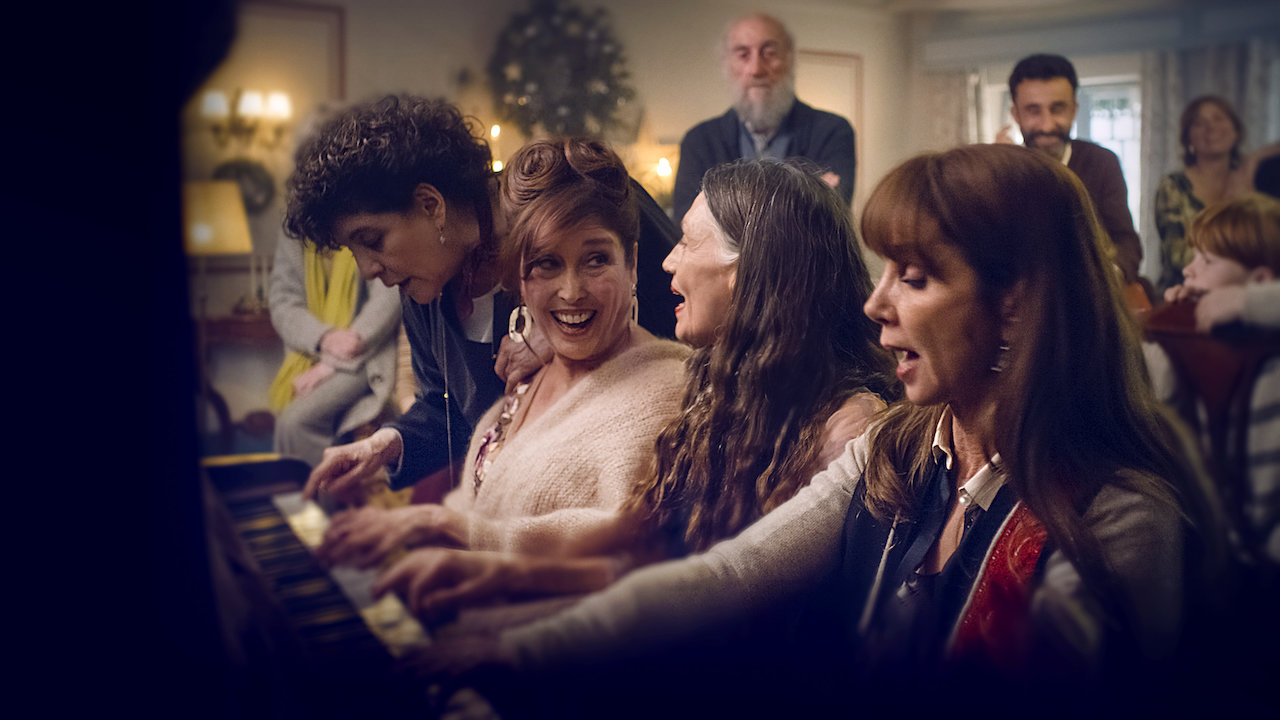 Pau Freixas had a particular theme in mind when he conceived the series. It is something like a story that your grandmother will tell you while sitting beside the fireplace. A story about a perfect world and an ideal family that she has tried to build over the ages but, it does not really exist. Because, behind everything beautiful, there lies a web of secrets, lies, anger and resentment. But, that is also what unites the family. They hide in order to protect and they hurt because they love. And, in the end, as everyone grows up, they learn the real meaning of life, of living in the present, and cherishing all the memories of the past forever.

The show certainly struck a chord with the viewers. I am sure many would like to know whether the show will be back for a season 2. Let’s find out.

Three Days of Christmas Cast: Who’s in it?

Nerea Barros, Verónica Echegui (Trust), Anna Moliner and Elena Anaya (Wonder Woman) play the role of the four sisters during their adulthood. In the third phase, the characters of the sisters are played by Ángela Molina (The Tree of Blood), Charo López, Victoria Abril (Sin Identidad) and Verónica Forqué.

Right from the start, creator Freixas was very particular about the cast. While speaking about it, he said, “From the beginning, we said that we had to prioritize the cast above all, as it is a story of very character’s personal journey. And that has been achieved.”

The creators even organized an Italian Table, where almost 30 actors sat together and got to understand the story of the sisters personally. It was also important that all the actors playing the role of the sisters in different ages, know each other well as they did not just have to look similar, but portray the same soul as well.

Three Days of Christmas Plot: What is it about?

Esther, Adela and Maria are three sisters living happily until one fine Christmas they are taken by a surprise. A man, who’s wanted by the authorities, shows at their door step with his daughter. The girl is taken in by the family and the journey of four sisters begin.

In their adulthood, the sisters are dealing with their own personal problems. They are playing the role of mothers and wives and at the same time, struggling with their own emotions. The family loves each other without a doubt but, it is still as dysfunctional as many other families from the inside. They do not talk or confront the problems, keep secrets and hide emotions.

In the third phase of the story, when the sisters have grown into grandmothers, it is revealed that they now, want to share the secret that they have been keeping since so many years. On the day of Christmas, when the family meets over a meal, there are jingles, music, food and very emotional reunion. But, all of it is anchored by the weight of the secret they are keeping. The revelation comes with a heavy price. The sisters kept the secret for all those years to protect the ones they truly loved, and the disclosure is neither easy nor painless.

Three Days Of Christmas Season 2 Release Date: When will it premiere?

Three Days of Christmas season 1 premiered on December 6, 2019 on Netflix.

The first season of the show took six weeks for filming the entire season and is spread across 3 episodes of one hour each. Pau Freixas, known for shows like ‘I Know Who You Are’ and ‘Red Bracelets’, generally likes to create stories for traditional television and according to him, this show is no different regardless of the streaming network. While talking about Netflix and his experience with keeping true to his original style, Freixas said, “Netflix in this regard has been very receptive to us, very faithful to what we feel and respectful of the author”

To tell a complete family story in just three episodes is a difficult task but it seems like Three Days of Christmas has done complete justice to it. Viewers get to see different shades and colors of womanhood, from innocence of children to drama of adults and finally the tragicomedy of the old age.

Given show’s unique concept and the general popularity of holiday themed shows, it is easy to presume that Three Days of Christmas will return again next year. But, the show was conceived as a miniseries. Which means, chances of renewal are close to nil. Though, there have been exceptions in the past where a show was initially conceived as a miniseries but later came back with several more seasons. So, in case the show does get renewed, you can expect Three Days of Christmas season 2 to release in December 2020.

You can catch the trailer of the show directly on Netflix.