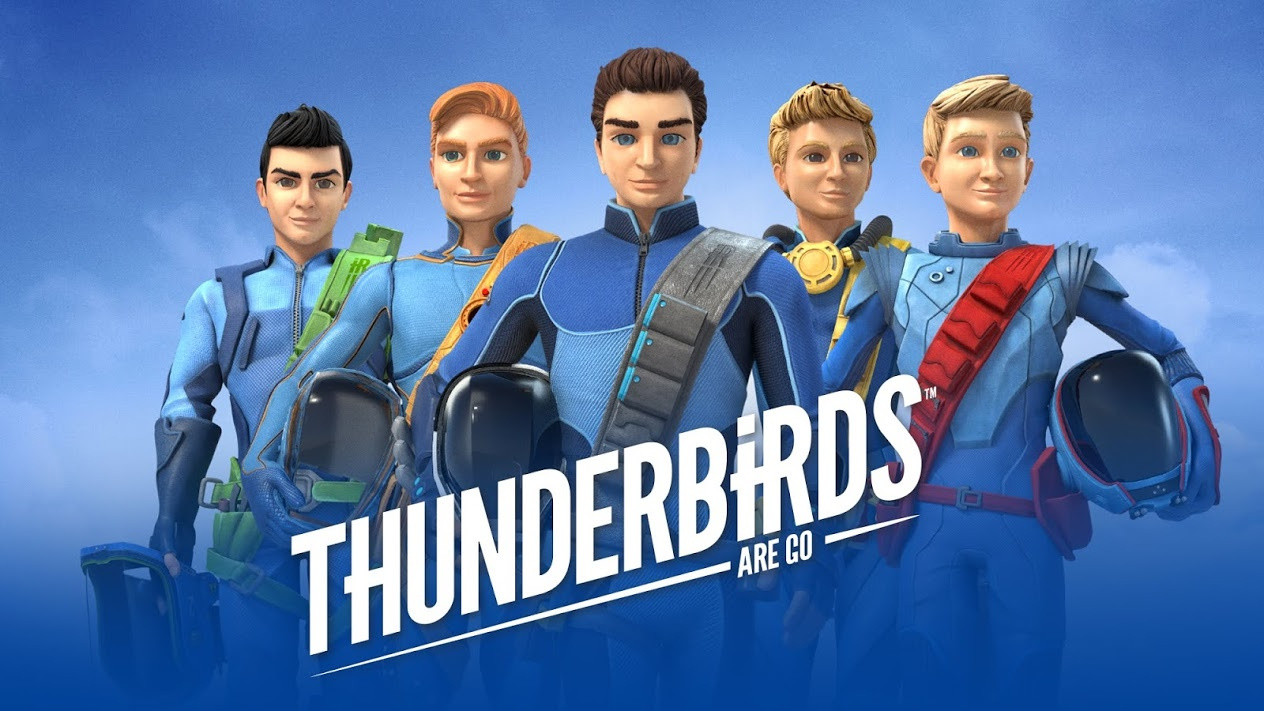 ‘Thunderbirds Are Go’ is an animated science fiction television series from Britain, quite in the vein of shows like ‘Captain Scarlet’ and ‘Defenders of the Earth’. Produced by ITV Studios and Pukeko Pictures, it is a revamp of the hit series from the ’60s called ‘Thunderbirds’, which was created by Gerry Anderson and Sylvia Anderson. The original ‘Thunderbirds’ was made using the Supermarionation technique which uses a style of puppetry to bring the characters to life. The head writer of the current series is Rob Hoegee, while David Scott and Theo Baynton is the series director and episode director, respectively.

The series originally premiered on April 4, 2015 on ITV. ‘Thunderbirds Are Go’ depicts the adventures of the IR or International Rescue, an organization dedicated to saving lives with the help of technologically advanced, land, sea, air, and space vehicles that are called Thunderbirds driven by the five Tracy brothers who form the main heroes of the Thunderbird world. They have a secret operating base somewhere in the Pacific Ocean. ‘Thunderbirds Are Go’ enjoys a rating of 6.9 on IMDb. Here is what we know so far about the animated series.

Thunderbirds Are Go Cast: Who is in it?

Since the show is a live-action animation series, the actors provide voices to their characters. The most notable cast member of the series is Rosamund Pike, who voices Lady Penelope Creighton-Ward. Rosamund Pike is known for her work in ‘Gone Girl’ and ‘The World’s End’.

The voice cast of “Thunderbirds Are Go” also include David Graham, who plays the role of chauffeur and International Rescue agent Parker. Inventor Brains is voiced by Kayvan Novak, who starred in the comedy series ‘Fonejacker’. Alan Tracy and Scott Tracy are voiced by Rasmus Hardiker of ‘Lead Balloon’ fame. John Tracy is voiced by Thomas Brodie-Sangster, who played Jojen Reed in ‘Game of Thrones’ and has also voiced Ferb in ‘Phineas and Ferb’. Gordon Tracy and Virgil Tracy are voiced by David Menkin.

Thunderbirds Are Go Plot: What is it about?

Jeff Tracy had inherited a lot of wealth and wisely thought of using it for the benefit of mankind. So with that capital, he set up International Rescue or IR, which is essentially an organization that works towards helping people in times of disaster in land, sea, air, and space, using technologically advanced crafts. These crafts or vehicles, of which there are five, are called the Thunderbirds. Set in the year 2060, Jeff Tracy is assumed dead. His five sons, named Scott, Virgil, John, Gordon, and Alan, now run the IR, with Scott as their team leader. The Thunderbirds are piloted by the five brothers each.

Thunderbird 1 is the first response plane manned by First Responder Scott Tracy. Thunderbird 2 is piloted by Virgil Tracy, who is the demolition, heavy lifting, and logistics expert. Thunderbird 3 is a space rescue rocket with Alan Tracy as the astronaut. Thunderbird 4, piloted by Aquanaut Gordon Tracy, is an underwater search and rescue submarine. Space Command Communicator and Dispatcher John Tracy controls Thunderbird 5, which is a communications and logistics space station.

Thunderbird Shadow is manned by Head of Security Tanusha “Kayo” Kyrano. They are aided by Inventor Brain, his robot M.A.X. and also Jeff’s mother, their Grandma. Their on-field intelligence experts include the British aristocrat Lady Penelope and her driver, Parker. The Tracys reside on Tracy Island, their secret base somewhere in the southern Pacific Ocean from where they operate. The arch-nemesis is a criminal master by the name of the “Hood” who steals technology and is the alleged murderer of Jeff Tracy. After “Hood” is captured, a new villain called the “Mechanic” has surfaced.

‘Thunderbirds Are Go’ is a neatly paced animated adventure series that takes its audiences on a rollercoaster ride in the land, in the oceans, in air and sometimes even to outer space as the heroes fight disasters both man-made and natural. Set in a futuristic world full of advanced gadgets and machines, ‘Thunderbirds Are Go’ is a delight to watch.

Thunderbirds Are Go Season 4 Release Date: When will it premiere?

Here’s a ‘Thunderbirds Are Go’ trailer that you will enjoy.