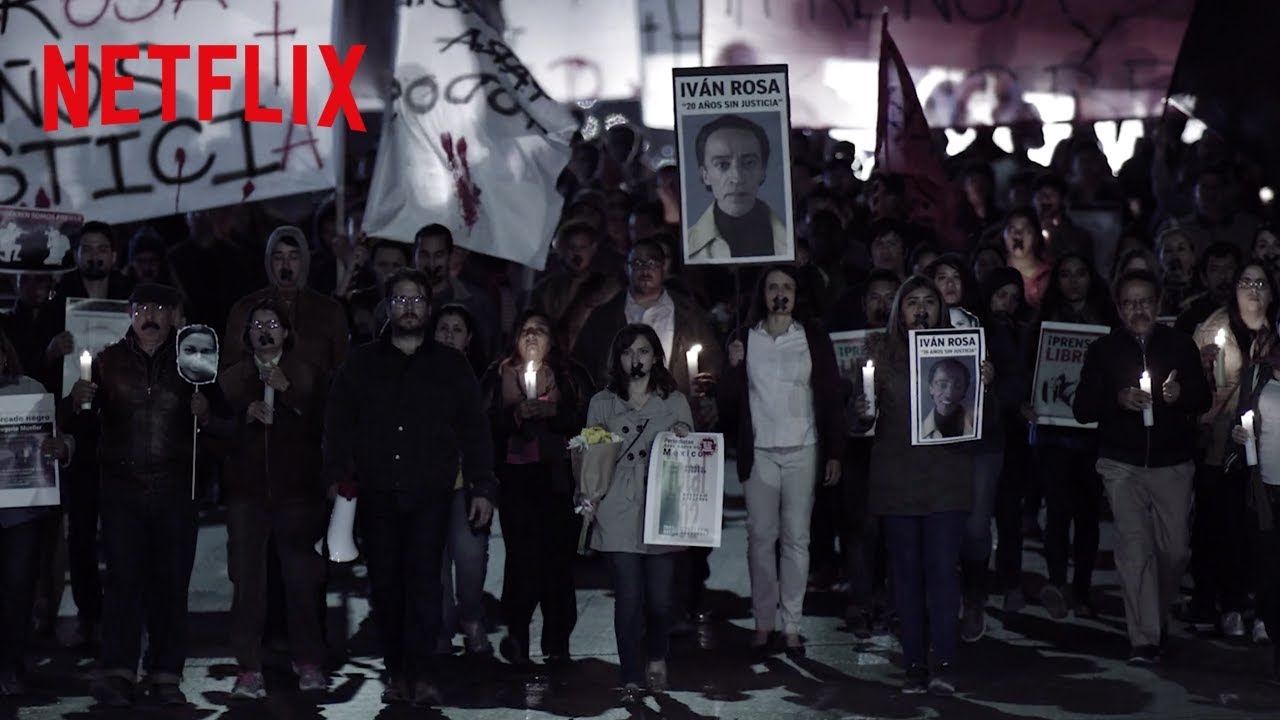 All of us who have watched ‘Narcos: Mexico‘, know how much of the political powers of Mexico were being paid by the cartels to overlook all of their criminal activities. The situation was rotten to the very core. And in ‘Tijuana’, we again see the lengths that the cartels will go to for destroying anything that would stand in their way. In 2004, the drug cartels even murdered Francisco Javier Ortíz Franco, a journalist with the local weekly publication, Zata because he was writing about their cartel operations. Journalists in Mexico face horrendous conditions every day in their pursuit of discovering the truth, even risking their lives. The cartels do not even hesitate to commit assassinations which will put them under media attention all over the country or the world. In 1994, they killed Luis Donaldo Colosio, a presidential candidate, who probably did not heed to their demands. Tijuana is known for its violence and has been declared the most dangerous city in the world as of last month.

Keeping this context in mind, let us look at the Netflix series ‘Tijuana’, which shows us the brutal and life-threatening work conditions Mexican journalists are in every single day. As per the official Netflix description the show is “an unvarnished look at what journalists in Mexico face every day in the pursuit of the truth”.

The series is produced by Netflix and FMG Studio’s Story House are the co-producers of the series. They had earlier worked on the notorious drug trafficker Joaquin “El Chapo” Guzmán in the series ‘El Chapo‘ (2017-2018). FMG’s head, Camila Jiménez Villa, released a statement saying how relevant she feels the show is in the present political condition of the world, saying, “this is a critical time about what journalists around the world face every day in the pursuit of the truth, particularly in Mexico.” The first season of the show premiered on April 5, 2019. Now the audiences are waiting for the details about season 2. Here’s everything we know about it.

Tijuana Cast: Who is in it?

In the first season of the show, we see the great Mexican actor Damián Alcázar as the head and director of the newspaper Frente Tijuana. We all know him from his great work in the hit Netflix show ‘Narcos: Mexico’. Tamara Vallarta acts as the reporter Gabriela Cisneros who is young, uncompromising, and wants herself to be taken seriously in the organization. Tete Espinosa plays the role of a photographer called Malu. Rolf Petersen dons the character of the editorial team’s head Lalo Ferrer. Rodrigo Abed, Andrés Delgado, Martha Claudia Moreno, Roberto Sosa, and Ivan Aragon play other important characters in the series.

Because Netflix has not announced details of or the possibility of a second season as of yet, it cannot be said whether any new actor will be joining the cast. But if the series does continue for a second season, we shall definitely see a number of actors from the first season reprising their roles.

Tijuana Plot: What is it about?

In the first season of the show, we see the challenges faced by the local newspaper Frente Tijuana’s reporters as they try to gather news and the true story behind a ghastly assassination. Probably taking inspiration from the 1994 incident, here we see that a politician who is a frontrunner in a gubernatorial election, is murdered in plain sight. The journalists of Frente Tijuana are eager and committed to find the truth behind the murder because the exact truth “run(s) much deeper than the assassination — insidious corruption that has been allowed to grow in the shadows.” The series is dark and character-driven, focusing on the people who are willing to put their lives at risk to bring the truth to the people. They try to uncover what they believe is a huge conspiracy that has deeper roots and even might involve some influential people of the country.

One thing to point out here is that Netflix, after seeing the immense success and popularity ‘Narcos’ received throughout the world, is now getting more interested in producing content in languages other than English. They will also be producing a series on the famous book ‘One Hundred Years of Solitude‘ by the acclaimed Colombian writer Gabriel Garcia Marquez. And it is because of Netflix that we have come in contact with such brilliant actors like Damián Alcázar and Pedro Pascal. If the second season of ‘Tijuana’ comes out, it will further strengthen this theory and they might venture widely into other languages as well.

Tijuana Season 2 Release Date: When will it premiere?

Season 1 of Tijuana premiered on Netflix on April 5, 2019.  As of now, Netflix hasn’t made an announcement regarding the next season but our best guess is that the show will get renewed. If that does happen, Tijuana Season 2 might release sometime in late 2020. As and when Netflix announces details regarding the production and release of the second season of ‘Tijuana‘, we shall be updating this section and informing you all about it.

While you wait for Season 2,  you can watch the trailer for Season 1 right here. However, the trailer is in Spanish with subtitles. Netflix is yet to release a subtitled trailer of the show: