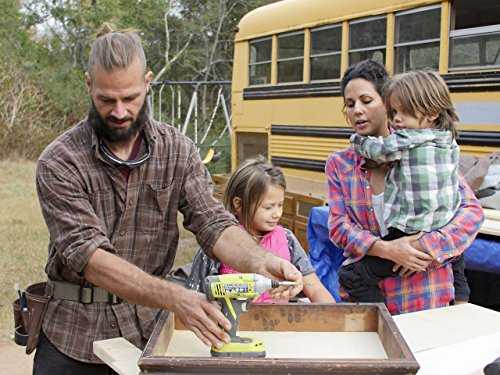 Tiny House, Big Living is an American reality show that celebrates minimal living. Though a small one, a community in America has been encouraging leading a simpler lifestyle like their forefathers, who lived as a group in studio apartments. This show tries to attract people to the prospect of financial freedom and changing the outlook of people, who always feel the need to spend big on the pursuit of mansions. The show tries to convey that you don’t need a house larger than 500 square feet. “Tiny House, Big Living” has helped several families to convert their small space into a beautiful abode. They redesign the layout of houses and renovate the furniture to utilise the space better and make it look more attractive. At times they allocate the task to professional contractors. The viewers of the show usually watch the transformation until the process is complete.

This reality show first premiered in the US on 15 December 2014. A total of 83 episodes have been telecast till season 7. The show met with positive reviews and got an IMDB rating of 6.9.

Below are the names of the crew members who worked to bring the show to light. There are no main characters or hosts that presents the show. A narration is used to bring more clarity wherever required.

Tiny House, Big Living Season 8 Plot: What is it about?

The first episode that premiered on 16 August is about a model from Boston, who heads west to LA to enhance his career in the fashion industry. He builds a tiny home that is all suave and classy. His tiny home consists of a pulley bed on the inside along with a few rock climbing holds and well-designed concrete countertops, while the exterior has a gorgeous rooftop deck.

In the second episode, a family of five in Oklahoma tries to make a comfortable tiny house with the help of a builder. Creativity is at its peak here. The home has a nesting bed and a staircase with drawers for the kids. A closet door that serves as a room divider gives the parents the much-needed privacy. The show aired on 23rd August. There are several other episodes, one of which revolves around a woman in the medical field who incorporates her personality into her house and makes it resourceful in the way she finds it fit. All the other episodes of the show continue in the same vein, where people rely on engineering to make the best utility home. One would have to watch the show to know exactly what we are talking about.

On July 27, 2018, the first trailer for the series was released. Watch the clip below to know what the show is all about and then head to HGTV to stream full episodes.