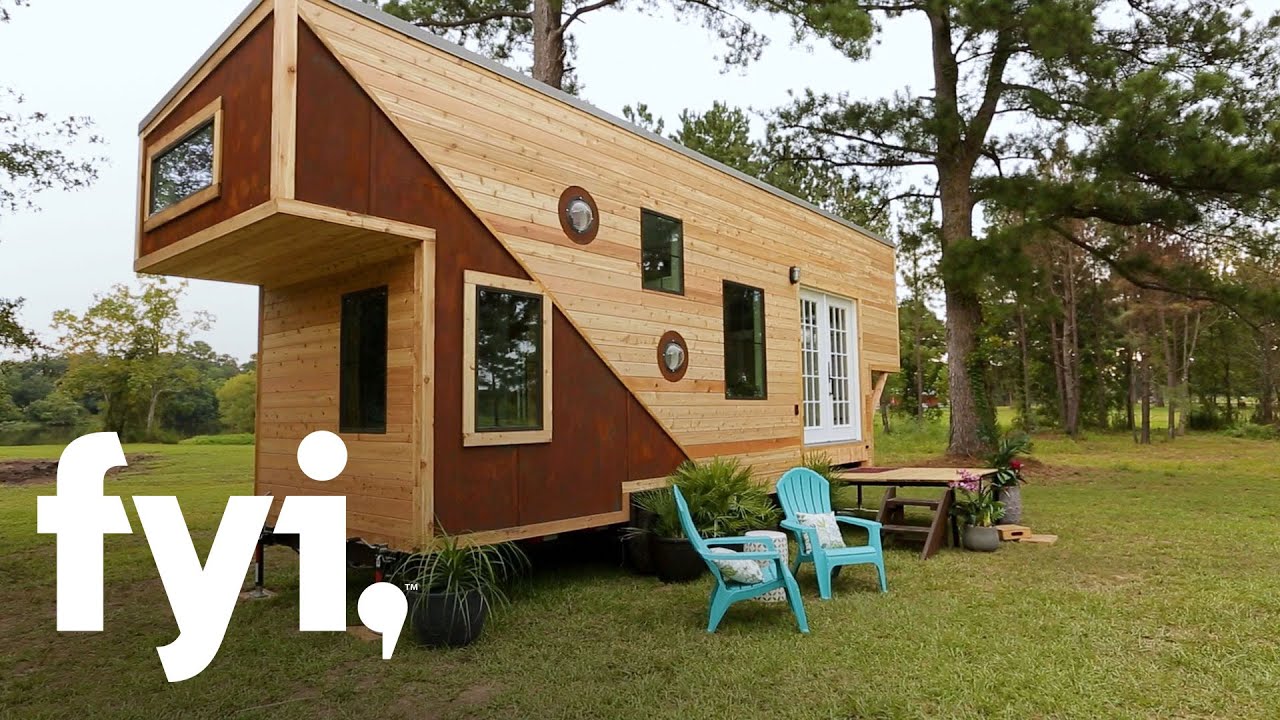 In the US, the average size of new single family houses grew from 1,780 square feet in 1978, 2479 square feet in 2007, to a whopping 2,262 square feet in 2013. The ‘tiny house movement’, an architectural and social movement, sees the return to smaller houses (less than 1000 square foot). However, the general perception of the quintessential ‘tiny house’ is an establishment not exceeding 500 square foot. Subversive in its ethos, the Tiny House Movement stands as an advocate for financial prudence, shared community experiences, and a shift in the consumer-driven mindsets of the contemporary West. ‘Tiny House Nation’ is an American television series inspired by the aforementioned social movement.

Since its premiere on the FYI cable channel, on July 9,2014, ‘Tiny House Nation‘ has generated a devoted fan base; creating along the process a niche for itself in the extremely overcrowded universe of American Reality Television. ‘Tiny House Hunting’ and ‘Tiny House World’, two ancillary shows on the same network, accompany ‘Tiny House Nation’. Host John Weisbarth and renovation expert Zack Giffin travel across the United States, in their mission to re-design tiny homes, and turn them into exquisite spaces of habitation. Zack is also a professional skier, whose love for tiny homes has led him to build a mobile ski tiny-house for himself; a house with which he has traveled over 20 thousand miles in total.  Each episode focuses on a separate home owner(s). Currently, the fifth season of the episode is airing, and is slated to have a grand total of 22 episodes.

Tiny House Nation Cast: Who is in it?

Recurring members of the American reality television show, ‘Tiny House Nation’, include host John Weisbarth and renovation expert Zack Giffin. Since each episode deals with a different tiny house owner, there isn’t a fixed cast per se. A crucial cast member of the series who hides in plain sight, is the eponymous tiny house. Each house-owner(s) has their own set of preferences guiding how they envisioned their dream abode, and Zack almost miraculously works it out for them. The tiny house’s character changes from a zen-den to a boho hub, to a tech-savvy retreat with the episodes, adding a sense of dynamism and versatility to them.

Tiny House Nation Plot: What is it about?

Iconic Russian author, Leo Tolstoy, in one of his short stories, posed the question: “How Much Land Does a Man Require?”. The same question lies at the heart of the ‘Tiny House Movement’, albeit in a slightly different context. Extremely subversive in its nature, the ‘Tiny House Movement’ laterally raises a poignant critique of the consumer driven, contemporary America. ‘Tiny House Nation’ which is a proponent of the aforementioned movement, strives to enhance and encourage the movement through the efforts of renovation expert Zack Giffin.

Each episode sees host John Weisbarth and Zack Giffin travelling to a different part of the United States to meet a separate tiny home owner and helping them redesign their space of habitation. The crescendo of the episode is the final reveal of the renovated tiny house, and the reaction it orchestrates in the home owner. I,for one, had no idea of this movement, or the television series before writing this article, and thus was pleasantly surprised to know about it. All you left-leaning readers (and you right wingers) tired of the present day consumer hysteria, do check the show out –it might just pique your interest.

Like all social movements, even ‘Tiny House’ comes with its own set of fall-backs which are evident from the show. In spite of having its heart at the right place, the entire institution of tiny houses is not fit to accommodate larger families and that can be a curbing factor with regards to the movement’s popularity . Usual homeowners thus include mostly couples or individuals. With no singular definition of tiny houses, a general demarcation has been set at any space below 500 square feet. Hopefully, as the movement progresses, it can try and incorporate newer parameters to deal better with its existing shortcomings, and garner additional social relevance in the process.

Zack’s efforts to actualize the home owner’s vision for his/her dream home, forms the crux of the show. Some of the space optimization techniques employed by Zack in the show include vaulted ceilings for light, installation of storage under beds, adding makeshift porches and so on. These homes can range from state of the art mini habitation retreats, to budget homes made for the middle class.

Tiny House Nation Season 6 Release Date: When will it premiere?

Season 5 premiered on March 13, 2019, and is currently airing on the American cable channel FYI. Initially, the total number of episodes per season of ‘Tiny House Nation’ was 8; a number which has since increased to a grand total of 22 episodes per season due to its increasing popularity. Given the fact that show is doing well, there’s a good chance that it will be renewed. Tiny House Nation season 6 can expected to release sometime in February or March, 2020.

Here’s the official teaser of Season 3 to give you a clearer idea of what to expect from the series.