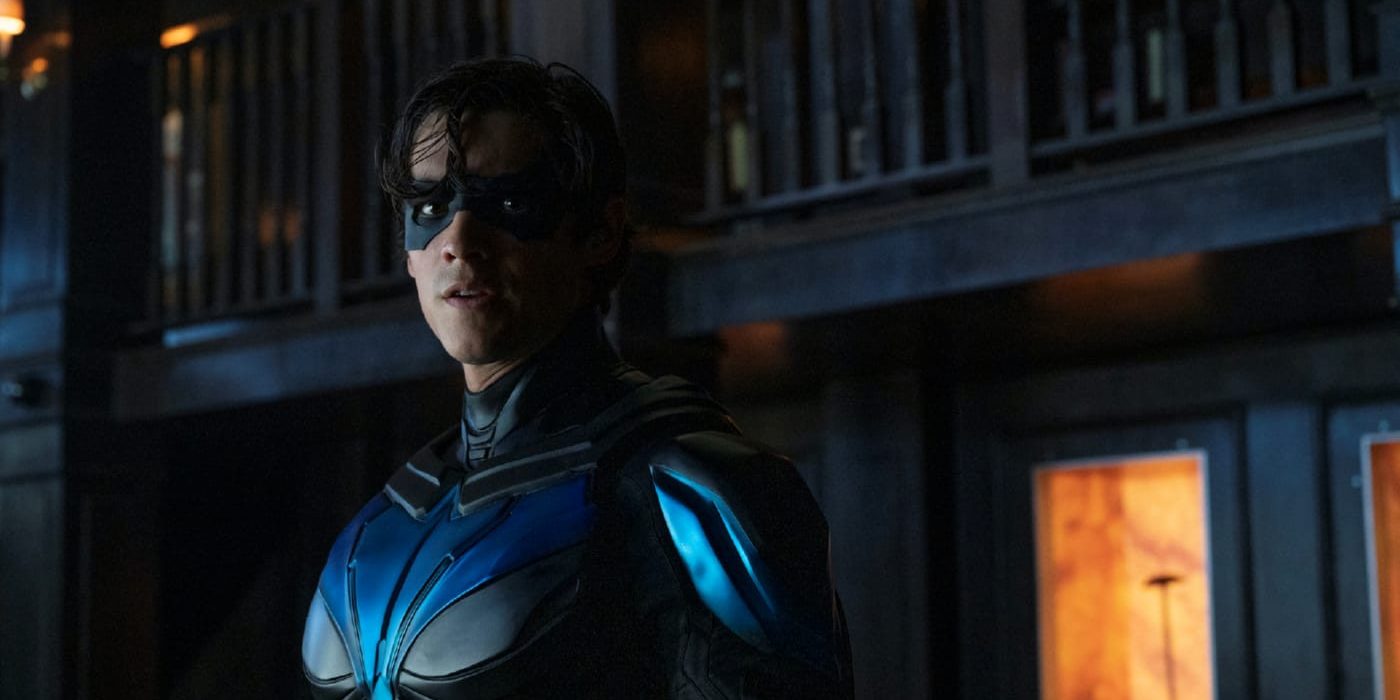 The penultimate episode of ‘Titans‘ season 3 delivers a life-changing moment for Dick as he returns from the dead with a renewed sense of purpose. However, he isn’t the only superhero to have a moment of clarity as Jason also has a similar experience and begins his journey down the path of redemption.

Batman’s former proteges reunite, and just in time as the Titans prepare to make their last stand for the fate of Gotham. You can catch up on all the enthralling developments of the episode in the recap section. An exciting and action-packed season finale awaits us next week, and here’s everything you need to know about ‘Titans’ season 3 episode 13!

‘Titans’ season 3 episode 13 is slated to release on October 21, 2021, at 3 am ET on HBO Max. The new episode serves as the season finale of the 13 episodes long third season of the show. Episodes of the show typically run for 40-50 minutes each.

To watch ‘Titans’ season 3 episode 13, you can head over to HBO Max. Subscribers of the streaming service will be able to enjoy the finale from the date and time given above. You may also opt to watch the new episode on platforms such as Amazon Prime Video, Hulu, YouTubeTV, Apple TV, Xfinity, Spectrum, and DirecTV, by subscribing to the HBO Max add-on through the platform of your choice.

‘Purple Rain’ is the title of ‘Titans’ season 3 finale, and it likely refers to Scarecrow unleashing a deadlier version of his fear toxin on Gotham City. Titans will have to reunite and devise a plan to save as many lives as they can, but Gotham City as a whole seems doomed. The Titans’ hopes of stopping Scarecrow will depend on Barbara being able to restart the Oracle, which could provide the heroes with an edge. One of the heroes could make the ultimate sacrifice for their friends and Gotham City. Blackfire and Starfire could bury the hatchet and start fresh as sisters.

The twelfth episode of ‘Titans’ season 3 is titled ‘Prodigal’ and opens with Rachel and Gar finding Dick/Nightwing after he was shot in the neck. Rachel tries to heal Dick with her powers but fails. Dick Grayson is no more. The heroes do not lose hope and take Dick to the newly discovered Lazarus Pit. Meanwhile, Scarecrow prepares for the final stage of his plan: to kill all the residents of Gotham City.

Jason/Red Hood learns of Scarecrow’s plan and has a change of heart. After a brief skirmish with the villain, Jason escapes into the night. Elsewhere, Donna helps the Drakes to leave Gotham. They hide inside an armored vehicle but are caught, and when the corrupt officers open the car Donna and the Drakes attack the cops.

Conner helps Blackfire locate her ship. Starfire arrives and reveals the truth about their parents transferring Blackfire’s powers to her. Blackfire decides to return to her home, but Conner destroys her ship. Back at the Lazarus Pit, Dick is revived. Dick instructs Rachel and Gar to get Donna’s help and assemble the Titans. He then meets up with a reformed Jason to stop Scarecrow. However, the episode ends with the former Robins discovering that Scarecrow already has all the resources he needs to destroy Gotham.