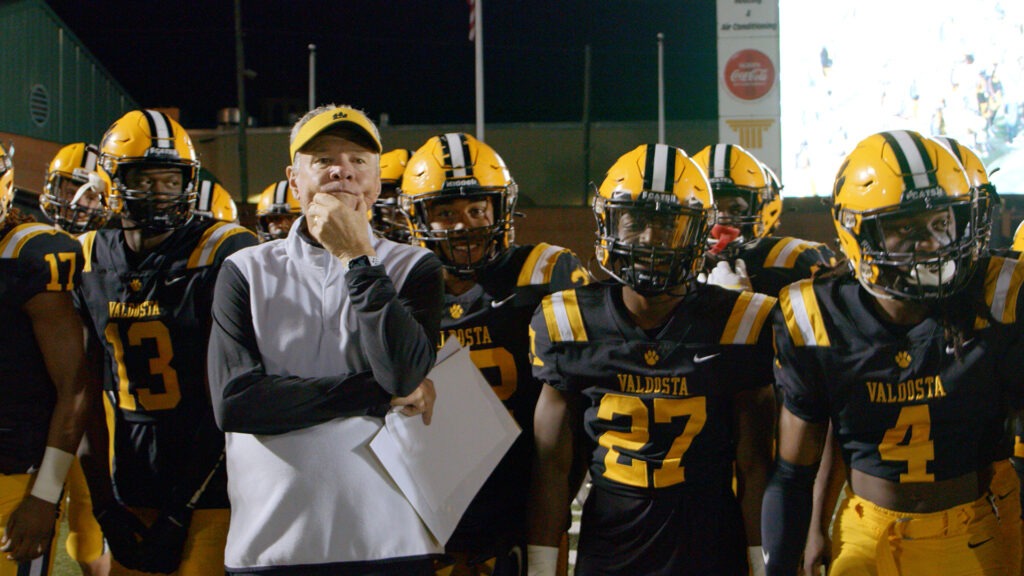 ‘Titletown High’ is a docuseries on Netflix that follows one of the most illustrious high school football teams in the USA, the Valdosta Wildcats from Valdosta, Georgia. The series follows the team both on and off the field as they eye another state championship title under the guidance of the controversial coach, Rush Propst. The reality series is rich in drama as it explores how the players deal with relationships, intense competition, and the pressure to carry forward the legacy.

The show first premiered in August 2021. The high school football players have to deal with a lot of stress because the sport means a lot to the small town of Valdosta. Anyone who enjoys sports drama will like the show as it focuses on the real-life experiences of young footballers. If you have binged the first season, you are obviously looking forward to more. So, here is all that we know about the potential second round!

‘Titletown High’ season 1 landed on August 27, 2021, on Netflix. The first installment comprises eight episodes that run for 30-35 minutes each.

As far as the show’s sophomore outing is concerned, here is the deal. Netflix has not yet made any official statement regarding the future of the show. The docuseries is directed by Jason Sciavicco, who is the creator of the high-performing series ‘Two-A-Days: Hoover High.’ This Netflix show reunites him with Propst once again. In a recent interview in August 2021, when Sciavicco was asked about the possibility of a second season, he revealed that there are many more stories to tell. He also shared that a new cycle is already in discussion behind the scenes, but it all depends on whether or not the show meets the renewal criteria for Netflix.

The freshman cycle took about eight months to finish filming, and Netflix takes a couple of months before greenlighting a new season. So, we might not see the potential second edition anytime before mid-2022. Taking everything into account, we can expect ‘Titletown High’ season 2 to release sometime in Q3 2022 or later.

Titletown High Season 2 Cast: Who can be in it?

The first season follows the football players at Valdosta High School, specifically Amari Jones, Jake Garcia, Jacarrius Peak, and Grayson Leavy. Their coach Rush Propst is one of the shining elements of the show. Other cast members in season 1 are Morgan Miller, Zoey Watson, Lenley Gross, Kaili, and Malia Spells. If there is a second season, we might see most of them once again. However, there is a strong possibility that we will also see some fresh faces as new football players step into the limelight every year.

Titletown High Season 2 Plot: What can be in it?

The first season established what football means to Valdosta and the pressure that the Valdosta Wildcats have to endure. It documented Coach Propst’s first year with the team. According to sources, Propst began coaching Valdosta for their 2020 season but was fired on the grounds of ethical concerns. As a result, the team apparently had to pay the price. The undercurrents from these instances seem to be captured in season 1.

If there is a second season, we will learn what the future holds for Propst and the Valdosta Wildcats. Will the consequences of Propst’s actions continue to cast a shadow on the team? Or will the team reach greater heights under his guidance? As football is like a religion in the small town of Georgia and teenage life is never devoid of drama, finding content will not be an issue for the potential season 2.