Will There be a Toast of London Season 4? 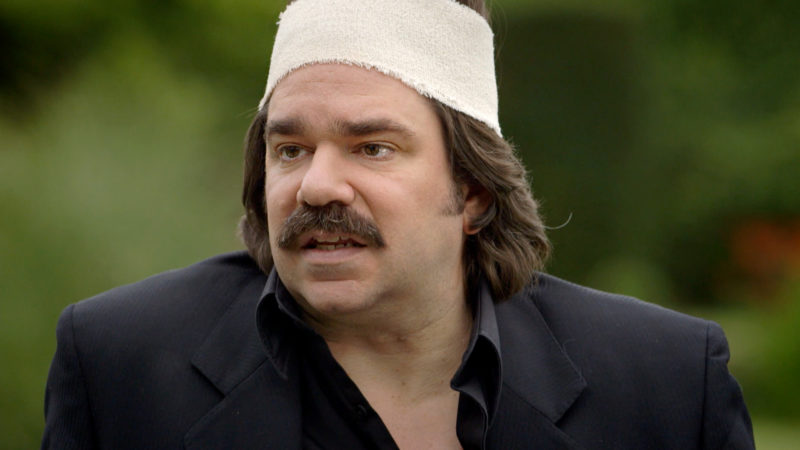 The story is about the titular character, Steven Toast, who is an eccentric, middle-aged actor with an eventful, murky past. Whenever he is tasked with the task of performing on-stage, he concentrates on tackling his own issues before the audience rather than concentrating on his act.

The show has had three successful seasons so far. Now the question is, will there be a Toast of London season 4? Before we talk about that, let’s first quickly go over the details of the show.

Toast of London Cast: Who is in it?

Matt Berry from ‘The IT Crowd’ and ‘Disenchantment’ fame stars as Steven Gonville Toast, the central protagonist, who has forever been unlucky when it comes to women, fame, and fortune. A conceited actor with a sketchy past, Toast thinks that he holds promise in his career although his history strongly opposes this belief. Berry, in one episode, also enacts the younger version of Colonel Gonville Toast, Steven’s dad.

Harry Peacock stars as Ray “Bloody” Purchase, Toast’s colleague as well as a foe in the entertainment industry. Ray is also homophobic and the two often engage in multiple rivalry games.

Tim Downie plays Danny Bear, the follower of hipster culture and a sound engineer. Shazad Latif stars as Clem Fandango and Tracy-Ann Oberman enacts the character of Mrs. Purchase, Ray’s wife and a prostitute by profession, who only takes money from her husband in exchange of sex.

Joining the lead cast in recurring roles are Adrian Lukis as Colonel Blair Toast, Amanda Donohoe as Ellen, Alan Ford as Alan, Peter Davison as a fictionalized version of himself, Morgana Robinson as different characters in different seasons, and Geoffrey McGivern as three individual one-off characters — actors working with Toast.

Toast of London Plot: What is it about?

‘Toast of London’ introduces us to Steven Toast, a theater actor, and a RADA trained professional, living in Soho. However, his life is in complete chaos. He performs in a controversial play that often makes him a target of pedestrians and he is forced to live with another actor, whose wife does not allow him inside the house.

Toast, with the help of his not-so-helpful agent Jane Plough and roomie Ed Howzer-Black, wishes to get hold of a proper job and the perfect woman. However, what he does not realize is, he is not as much talented as he believes himself to be.

Toast of London Season 4 Release Date: When will it premiere?

‘Toast of London’ season 1 premiered on December 4, 2019, on IFC. Though, if you really want to catch all the three seasons, you should head to Netflix where all the episodes are available to stream.

The first three seasons of the cult-hit British comedy in 2013, 2014, and 2015 in the UK on Channel 4. IFC has picked up all the three installments, rounding up the series to a total of 18 episodes.

You would also be delighted to know that Channel 4 was already in talks to launch a ‘Toast of London’ season 4. According to Berry, the show would make a comeback “in some form at some point”. However, nothing was concrete and no scripts were written. But in December 2017, Channel 4 officially renewed the series for a fourth season.

So, yes, there is a lot of ‘Toast of London’ to look forward to. According to a statement by IFC’s SVP of Original Programming, Christine Lubrano, “Matt Berry is absolutely the toast of IFC, he is already the star of Year of the Rabbit, our upcoming 2019 original production with Channel 4, so we are beyond thrilled to add even more of his comedic genius to our ‘slightly off’ line-up.”

Even though no release date has been committed to, we believe, ‘Toast of London’ season 2 could premiere sometime in December 2020 or later.

You can check out the official trailer for ‘Toast of London’ here.