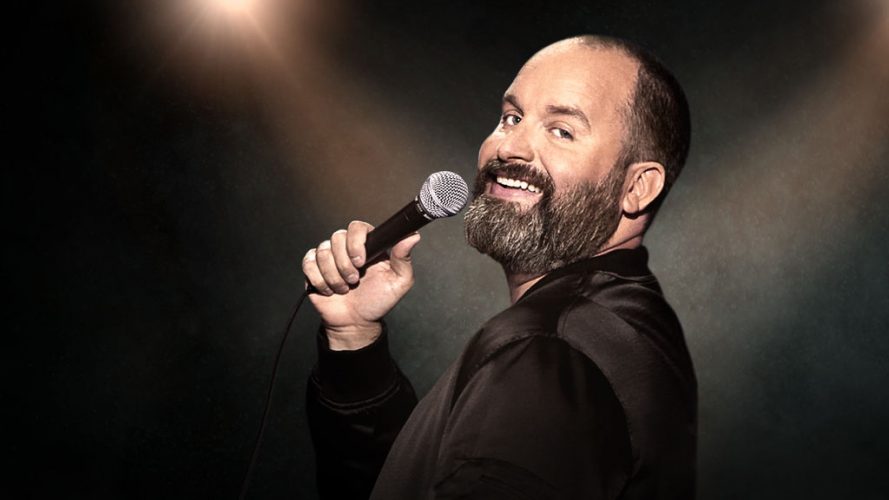 Tom Segura: Disgraceful is a stand-up comedy series hosted by comedian Tom Segura. He is an American actor as well as a stand-up comedian. He has filmed for various podcasts and lives in Los Angeles, California. The first season premiered on 12 January 5, 2018, on Netflix. In this show, Tom rants about funny things which exist in pop culture and the way of living in 2018. He also tries to express his thoughts or opinions on things people don’t usually talk about such as parking lot power struggles, musings on porn, parenthood and much more. Tom Segura: Disgraceful is a Netflix original stand-up comedy special is shot in front of a live audience at the Paramount Theater in Denver.

The show is directed by Jay Karas and written by Tom Segura himself. He talks unapologetically about why having a baby is a selfish thing to do and the different ways in which fast food chains try to shame us. Tom is a comedian and appears to be a genuinely decent guy who proudly says that he is an asshole. With his soaring confidence and charms, he easily pulls off the show which is filmed the People’s Republic of Denver. He is a warm person with a genial understanding. The way he tries to phrase joy and humour feels very fresh for an audience.

Tom Segura: Disgraceful Season 2 Cast: Who is in it?

Tom Segura is the main comedian of the series. One can expect him to be back with another comedy special like Disgraceful. Stay tuned to know more.

Tom Segura: Disgraceful Season 2 Plot: What is it about?

Tom Segura is a very powerful comedian. He knows how to spin the yarn and form stories in every situation which can entertain everyone. He tells stories about his father when he was in Vietnam or his adventures with his college mates or about buying porn for his dorm mates. He tells his stories more gracefully than most other comedians. He refers to fights as handjobs, saying one doesn’t really want it but he does it anyway to see where it goes. His awesomeness is neither too violent nor intimidating for the audience. He doesn’t care when people racially categorize him due to his last name. Fans freak out when they come to know that he is an American. Tom Segura is also fluent in Spanish. He jokes about how we can’t say retarded, midget or gay these days. He always uses the phrase in his show “tell that motherfucker I appreciate it.”

As his first trailer was out for his show Disgraceful on Netflix, fans were more than excited. When the first season streamed, within a week he received due appreciation from his fans from all over the globe. You will love the storytelling techniques he uses to entertain the audience and viewers.

Tom Segura: Disgraceful Season 2 Release Date: When will it Premiere?

There is no news of another installment in the series. Tom Segura’s stand-up comedy had received some flak from the audience, but it is unlikely that it will keep him away from performing another special. We will update this section with Season 2 air date if and when we hear any announcements.

You can watch the official trailer for season 1 below.