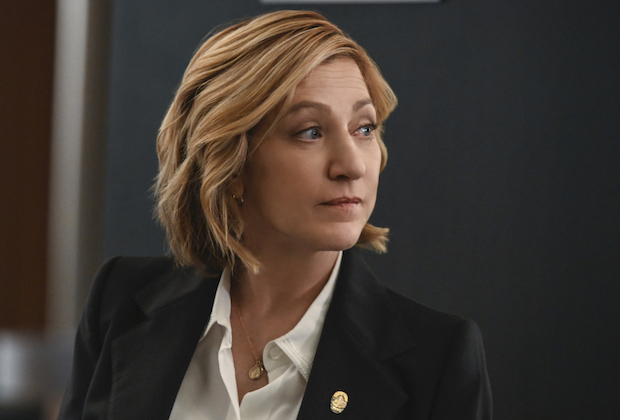 ‘Tommy’, which is headlined by four-time Emmy winner Edie Falco as Abigail Thomas aka Tommy, is a police procedural drama that launched on CBS in February 2020. The story follows a former NYPD official who is recruited as the first female chief of police in Los Angeles. Abigail is a true New Yorker at heart and she uses her strong will and devotion to maintain the law and order in Southland. With her no-nonsense attitude, Tommy is even able to keep high-ranking political officers on their toes.

Tommy’s career with the NYPD came to an end when she accused her superior of sexual misconduct. A lesbian, a strong feminist, and a no-frills officer, Tommy is then recruited by Mayor Gray to lead the LAPD team. Joining Falco is a stellar roster of supporting cast members, including Michael Chernus as Ken Rosey, Adelaide Clemens as Blake Sullivan, Russell G. Jones as Donn Cooper, Olivia Lucy Phillip as Kate Jones, Vladimir Caamaño as Abner Diaz, Joseph Lyle Taylor as Deputy Mayor Doug Dudik, and Thomas Sadoski as Mayor Buddy Gray.

One of those rare primetime dramas with a powerful female lead, ‘Tommy’, when it first premiered on the cabler, opened to decent reviews. Critics praised the series for its twisted arcs and lauded the performance of the forever promising Falco. Now, with the show’s inaugural installment having completed its run, fans are clamoring to know if there will be a ‘Tommy’ season 2. Well, we have you covered! Read on to know.

Throughout its first-season run, ‘Tommy’ attracted an average of a 0.5 rating in its key demo of 18-49 and garnered around 4.9 million viewers per episode. The numbers are extremely low when you compare them with other CBS shows. It ranked as the network’s lowest-rated scripted series as well.

Hence, fans were speculating that the drama might be axed as it started off on shaky grounds. And CBS confirmed these fears by indeed pulling the plug on the title, just a day ahead of the season 1 finale! On May 6, 2020, the channel announced that ‘Tommy’ season 2 stands cancelled. In these uncertain times (when the world is at a standstill because of the rampant COVID-19 pandemic), CBS is concentrating on its returning titles that already have a loyal follower base — rather than experimenting with new shows, which still need to establish themselves on the cabler.

Read More: All the Locations Where Tommy Was Filmed